Chaves to kick-off 2018 with the Herald Sun Tour

The Herald Sun today reports Esteban Chaves will race the 2018 Jayco Herald Sun Tour, said to be the toughest edition yet. Also on the menu is a women's two-day event. 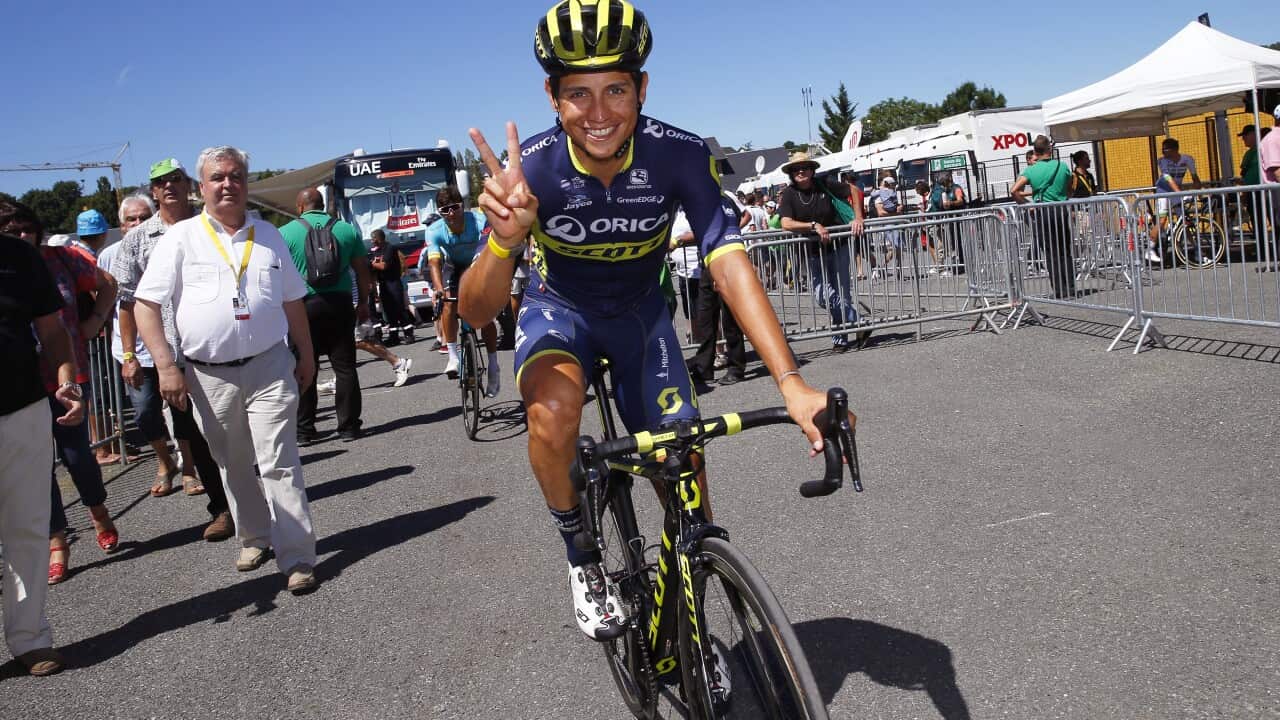 Plagued by injury (knee and shoulder blade) and associated poor form in 2017, Chaves told the Herald Sun he's keen to get 2018 underway on the tough 732km tour.

"It's important to feel excited to get back on the bike and enjoy again," the Colombian climber said.

"I'm in full training now and happy to see every week the fitness and body returning step by step to what it can do.

"I'm excited as always to go back to Australia."

In the Instagram clip below, Chaves makes it quite clear he'll be riding for "Damo."

The January 31 - February 4 stage race is 107km longer than the 2017 edition and features a battle in the hills on both days of the February 3/4 weekend including the 218km queen stage from Mitchelton Winery to the Lake Mountain Summit on stage 3.

Race organiser John Trevorrow joked he made the queen stage harder because the riders were getting too "soft".

"But I think it's the best stage we've put together in this race," he told the Herald Sun.

While Team Sky or Froome won't take to the start line in 2018, the final Kingslake stage featuring five times up a nine kilometre climb, and the addition of a women's two-day race more than makes up for Trevorrow's disappointment at the WorldTour juggernaut's absence.

"A women's race is something we've always wanted to have," Trevorrow said. "And we wanted to make sure that when we did do it, it was up to the standard of the men and a really well presented event."

The women's race - on 30-31 January includes a 123.5km stage in the Yarra Ranges and a 1.6km TT on the same day and course as the men's prologue in Southbank.

At the launch yesterday, Gerry Ryan, Chairman of Jayco Australia and long-time cycling benefactor announced an extension of the Jayco naming rights sponsorship for another three years, which began in 2005.

"We are proud to match the Herald Sun and the government commitment - they believe in this race and cycling in this state," Ryan said.

"What an exciting year it will be next year - it's been a vision and a goal, many people have been working towards a women's race for a long time now and it's great to see it come to fruition."