Davide Zappacosta and Tiemoue Bakayoko hit their first Chelsea goals as the Blues returned to the Champions League with a rampant 6-0 group-stage win over Qarabag at Stamford Bridge. 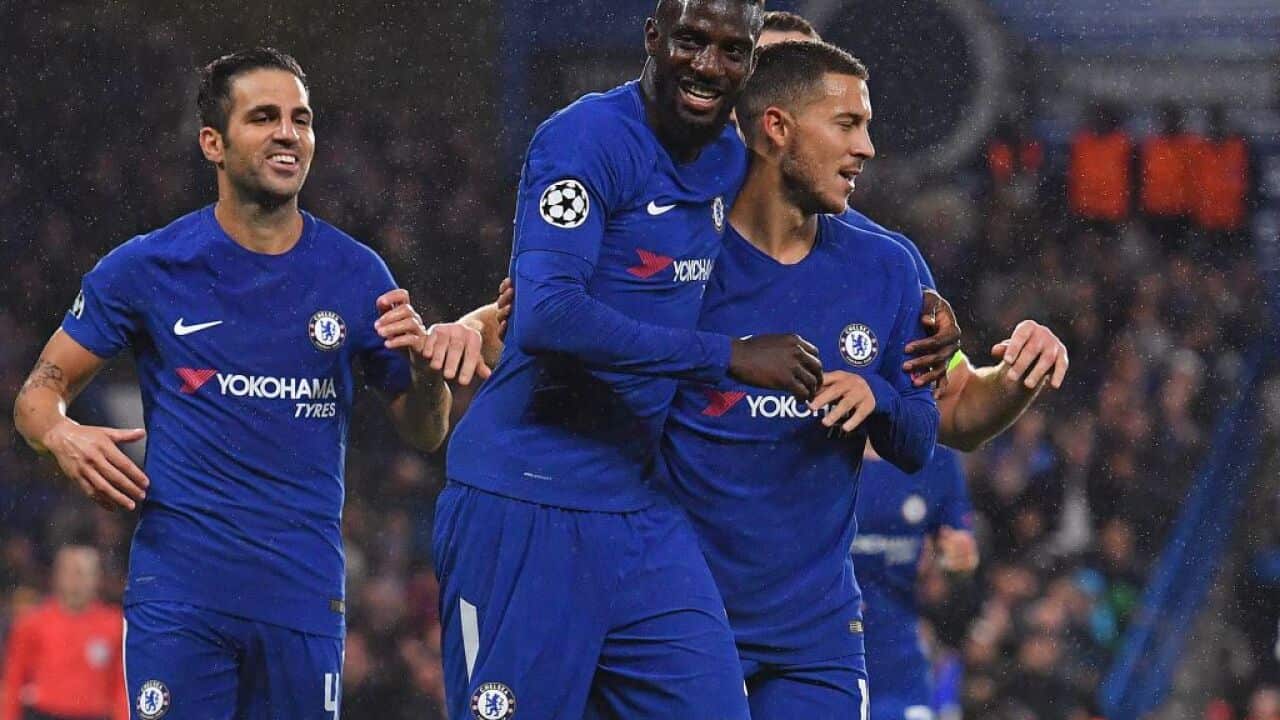 After a year away from European competition, the three points never looked in doubt for the Premier League champions after Pedro kicked off their Group C campaign with a fifth-minute goal.

A bizarre strike from full debutant Zappacosta followed before the interval, Cesar Azpilicueta added a third and there was still time for substitute Bakayoko and Michy Batshuayi to get in on the act.

Gurban Gurbanov's visitors - becoming the first side from Azerbaijan to play in the main draw of Europe's premier club competition - never threatened to spring a surprise and Thibaut Courtois will enjoy few easier outings this season.

Advertisement
This is a fourth straight win for Antonio Conte's men in all competitions but three points here were the bare minimum.

They are now back in league action at home to rivals Arsenal on Sunday before tougher tests in this group against Atletico Madrid and Roma.

Ibrahim Sehic saved with some ease from Marcos Alonso's curler in Chelsea's first attack, but his parry behind prompted a spell of pressure from which Qarabag never recovered.

The first corner was scrambled away but a second set-piece went short for Willian to pick out Pedro, completely free on the edge of the box and able to sweep a finish high past Sehic.

A smart low stop denied Willian after executing a clever one-two with Batshuayi, who could only stab the rebound wide from a tight angle.

Zappacosta's moment then came on the half-hour mark as he followed an impressive charge past Wilde-Donald Guerrier on the right flank with a fizzing cross-cum-shot that flew over the helpless Sehic.

The wing-back could have added another before half-time but pulled his left-footed effort wide, before Pedro Henrique belatedly drew a first comfortable stop from Courtois.

Although Chelsea's momentum initially slowed after the break, the third goal soon arrived as Cesc Fabregas centred for Azpilicueta to direct a fine header past Sehic.

Willian dipped inside from the left to lash against the crossbar, but the fourth belonged to Bakayoko - introduced in N'Golo Kante's place - as he profited from a goalmouth scramble and then a hefty deflection to beat Sehic.

Batshuayi followed suit and blasted a low finish past the goalkeeper before forcing a Maksim Medvedev own goal from Zappacosta's cross to cap the scoring on a comfortable return to European action.