City claw back a draw after controversial first half

Melbourne City's second-stringers have shown their wares, earning a point with a gritty comeback to draw 2-2 with the Roar in Brisbane. 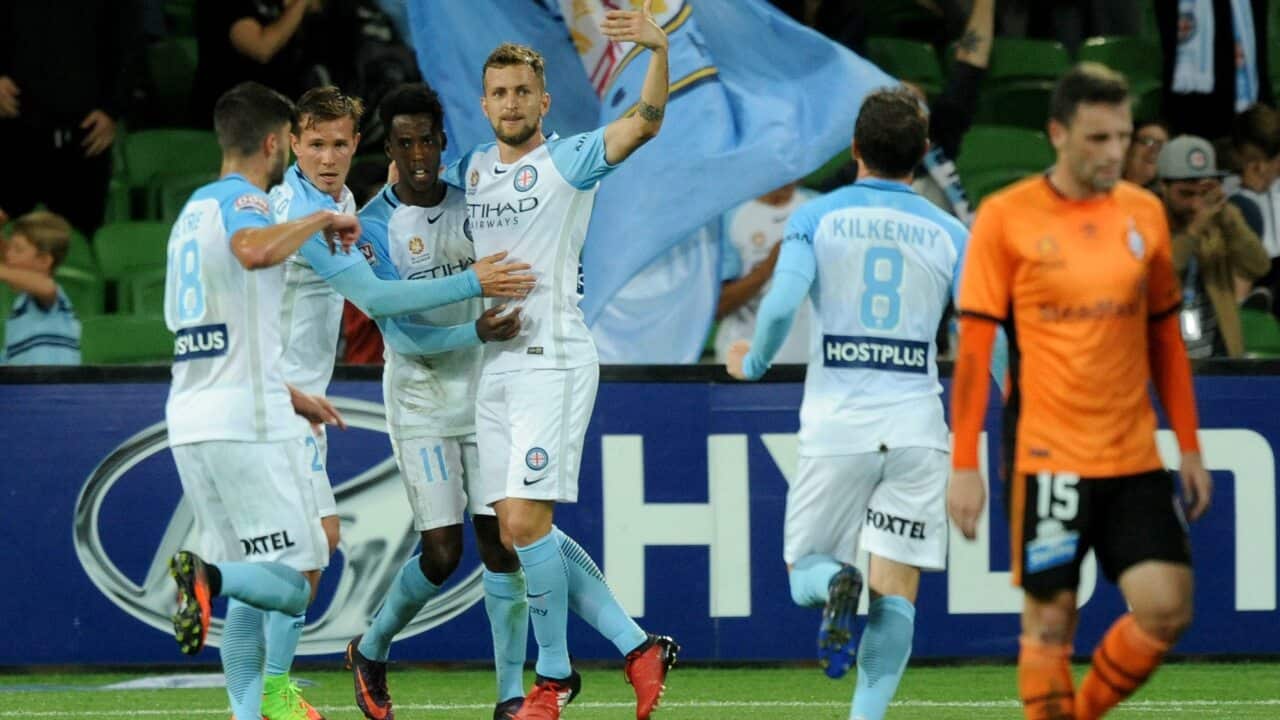 Bereft of star power with seven suspensions and a further two injuries to senior players, City looked gone for all money when Jamie Maclaren put his side two up by half-time.

But Bruce Kamau's deflected strike and Nicolas Colazo's penalty gave City a share of the points against the odds.

It was spirited and it might just be a comeback that ignites City's spluttering season.

Advertisement
For Brisbane, there will be disappointment at blowing a two-goal lead, but the result preserves their hold on third place after a challenging week of their own.

Coach John Aloisi made six changes from the side who stunned ultra-rich Shanghai Shenhua mid-week to qualify for the Asian Champions League.

Maclaren was one of those to back up his effort, and put Brisbane ahead from the spot on 33 minutes.

In first-half stoppage time, Maclaren made it two after latching onto Manuel Arana's through-pass and rolling the ball inside the far post.

A week after their controversial derby defeat, City players raged once more against a possible offside but replays showed the 23-year-old to be in line with City's Ruon Tongyik.

With a half to reduce the deficit - unlike their derby capitulation - City went to work.

Kamau scored his first goal in a City shirt when he drilled a deflected effort past Michael Theo on 58 minutes.

City had their equaliser after Milliner squared-up his first-half penalty decision with one against Brisbane.

Brisbane finished the stronger but couldn't find a winner, partially due to Sorensen.

The Dane was warmly applauded with his first touch of the ball and produced a string of crucial saves through the match.

The 40-year-old rushed well outside his box to stop Borello's breakaway effort, before denying Maclaren a hat-trick from close range.

Right-back Dylan Pierias, 16, became the A-League's first player born this century, and Denis Genreau, 17, was busy in midfield on his first start.