Central Coast Mariners should have saved themselves a trip to Brisbane, as they really didn't show up - they were humbled 4-0 by a rampant Roar at Suncorp Stadium. 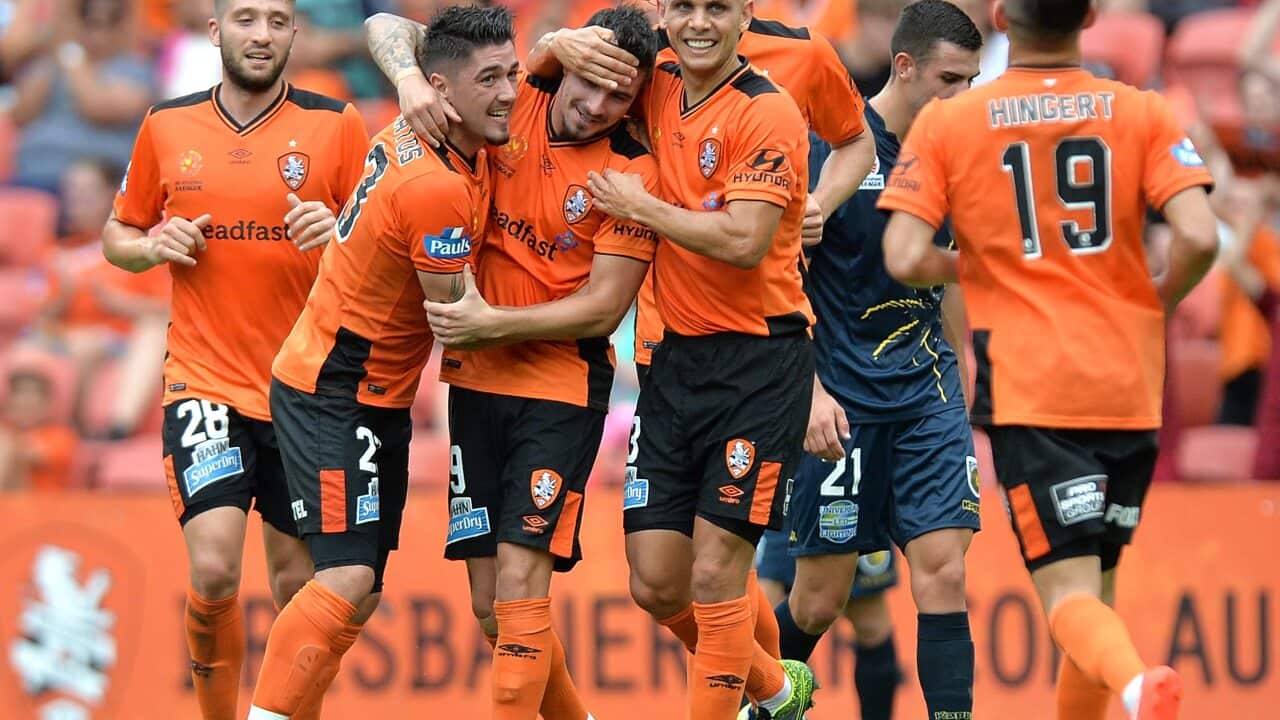 The Mariners finished with ten men when substitute defender Harry Ascroft saw red for denying Jamie Maclaren an obvious goalscoring opportunity - Henrique made no mistake with the penalty but the game was over long before then.

Jade North opened the scoring and it was an awful goal for the Mariners to concede.

Advertisement
Corona's free kick was lifted to the back post where James Donachie easily outjumped Josh Rose to head across goal, where North jumped too high for Storm Roux to head past the statuesque Mariners goalkeeper Paul Izzo.

Maclaren stuck a quarter of an hour later and again it was poor defending which cost the Mariners.

Dimitri Petratos's cross was delivered under no pressure whatsoever, and Roux again failed to clear his lines. Maclaren made no mistake when the ball dropped for him - it was his 10th goal of a golden season.

Luis Garcia replaced the anonymous Matthew Fletcher for the start of the second half and he gave the Mariners some spark - sadly he was let down by the performances of those around him.

At 37 years old, Garcia still looks fit as a fiddle and his range of passing and awareness on the ball is still as good as anyone in the A-League.

Corona scored his first A-League goal a minute shy of the hour mark when he lashed home a superb strike from the edge of the area.

Henrique tucked away his spot kick after Ascroft brought down Maclaren, before Garcia sent Mariners substitute Brad McDonald clear with a quite superb through ball.

McDonald fluffed his lines, shooting wide, and the Mariners will need far more than Garcia's magic if they are to make a difference this season.