Brisbane Roar overcame Melbourne City 3-1 at the Suncorp Stadium to move four points ahead of their opposition in second place on Sunday night. 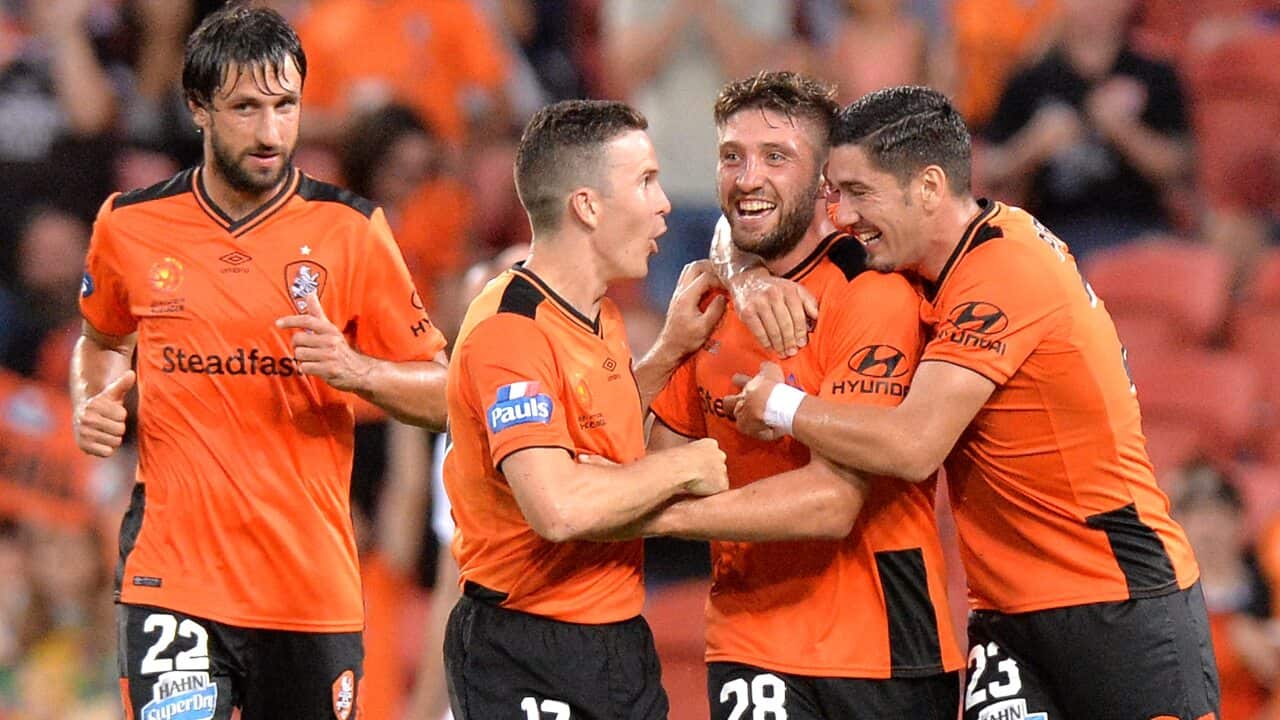 Roar were emphatic in the first-half as they dominated the away side and cruised into a 2-0 lead through a Patrick Kisnorbo own goal and Brandon Borrello strike.

In the second period, it looked like a comeback was on the cards as Bruno Fornaroli pulled one back for City in the 49th minute, his tenth of the season.

However, the home side steadied the ship and wrapped-up all three points in injury time as super-sub Henrique steered home a brilliant long-range effort from the half-waay line, after Sorensen was caught out of his goal as joined City's attack from a corner.

Advertisement
Roar were on top of their visitors straight from the first whistle with Thomas Broich darting into several dangerous areas.

Nine minutes in and the German forced a strong save from Thomas Sorensen in the City nets before almost slotting in Borrello moments later.

Broich tested the gloves of Sorensen once more while Aaron Mooy almost scored for the visitors as his side pounced on the counter attack after 22 minutes.

It was Roar who seized the initative and hit the opener courtesy of captain Kisnorbo's own goal, who deflected home Shane Stefanutto's cross on the half hour mark.

Ten minutes later and Brandon Borrello doubled Roar's lead with a smart finish at the near post.

The 20-year-old striker found space inside the box from a reverse pass from Dimitri Petratos and despite goalkeeper Sorensen getting a hand to the ensuing shot, he could not prevent the ball beating him at his near post.

City tried to come storming back in the second period as Bruno Fornaroli latched onto a glancing header from Harry novillo and ghosted through on goal before calmly placing the ball home to make it 2-1.

The introduction of Robert Koren from the City bench almost paid dividends seven minutes from fulltime when he struck the crossbar from twenty yards out with Jamie Young beaten.

A scuffle on the hour mark saw Harry Novillo, Paulo Rectre, Daniel Bowles and Jade North all go into the book as the game heated up.

With City going all out for an equaliser, Maclaren and substitute Henrique had numerous opportunities to extend the lead before deep into injury time, with Sorensen making his way back to the goal following a City corner, the Brazilian slotted a low drive into an empty net from fifty yards out.