Harry Kewell has an iron-clad will to win but will try and do it in style, according to one of the players entrusted with enacting his coaching credo at Crawley Town 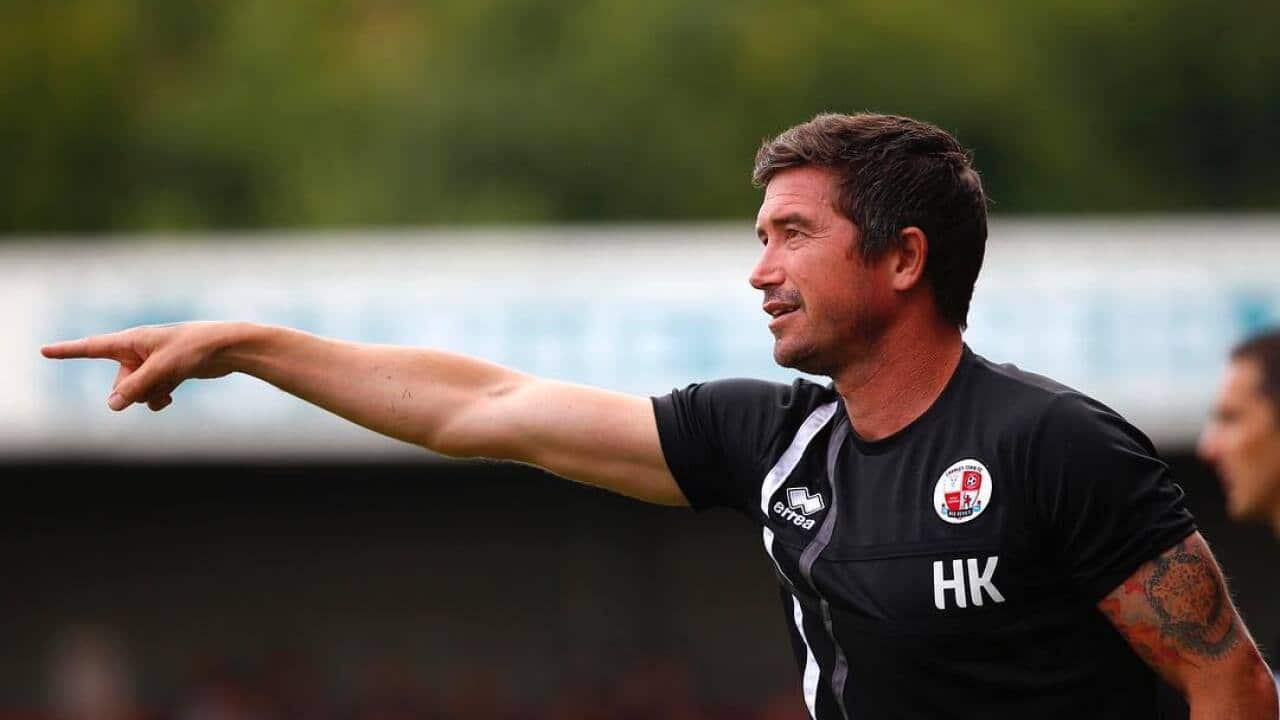 With Kewell's second game at the helm of the League Two club against Mat Ryan's Brighton and Hove Albion on Sunday (AEST), the Australian legend is already giving his team plenty to think about as he shakes things up tactically.

Winger Dean Cox, who spent six years at Brighton, says Kewell's former celebrity as a player for Leeds, Liverpool, Galatasaray and Australia is of little significance now as he embarks on his maiden managerial voyage with an EFL club after parting ways with Watford's Under-23s in May.

"This is his first test as a football league manager and you can tell he's biting at the bit to do well and will do everything to succeed," said the 29-year-old.

"Time will tell how well he does but as players we want success just as much as he does."

Kewell, 38, was handed the baton by Turkish owner Ziya Eren as the club nestled near London's Gatwick Airport seeks to jet away from the lower reaches of England's fourth tier, having finished just five points and four places away from dropping out of the league altogether last season.

"He knows what he wants and pre-season has been pretty intense," added Cox.

"I don't want to give too much away but we'll be playing expansive football, although obviously he's aware that in League Two you're not going to be able to do that in every game.

"He will have to be adaptable and realize that sometimes you have to be a bit more direct if the passing game isn't getting you anywhere.

"This is a fresh start for everybody at the club. You want to win games in pre-season but you earn your money in the league and we have to make sure we're ready for the opening game against Port Vale (August 5).

Cox admits that when Kewell was confirmed last month as Crawley's new coach "the boys were a bit in awe of him".

But he was quick to add: "He's a manager now so that's all goes out of the window.

"Obviously he's had a great career, there's no two ways about it, but he's a manager now and that's what counts.

"When his name was mentioned for the job it was an interesting one because he hasn't been in a senior role before.

"It's different to what he's used to and different for us also as we learn to adapt to the way he wants us to work, and we're quickly getting used to that."

Cox said Kewell was "very approachable" and treated the players "like grown men".

"You'd imagine that's the way things were done when he was at Leeds and Liverpool and he's probably carrying that on," he said.

The visit of Brighton sets up a Kewell versus Ryan contest when viewed through an Australian lens.
But Cox just sees it as an opportunity for the modest club to measure themselves against Premier League opposition.

"It will show us where we are at to some degree," he explained.

And what of the expectations under Kewell, as the coaching novice cuts his teeth in a division where dreams are hatched.

"We've got to do better than last year," declared Cox.

"You would like to think we can finish in the top half or maybe even the top seven."

"I think with what he's achieved in the game I'm not too sure he'll much pressure here," he ventured.

"But he's got a lot of pride in what he does and is going to want to do well.

"He won't want to come to Crawley Town and fail."