Chris Coleman insists Gareth Bale's commitment to Wales should not be doubted despite the Real Madrid forward missing pre-EURO 2016 games against Northern Ireland and Ukraine. 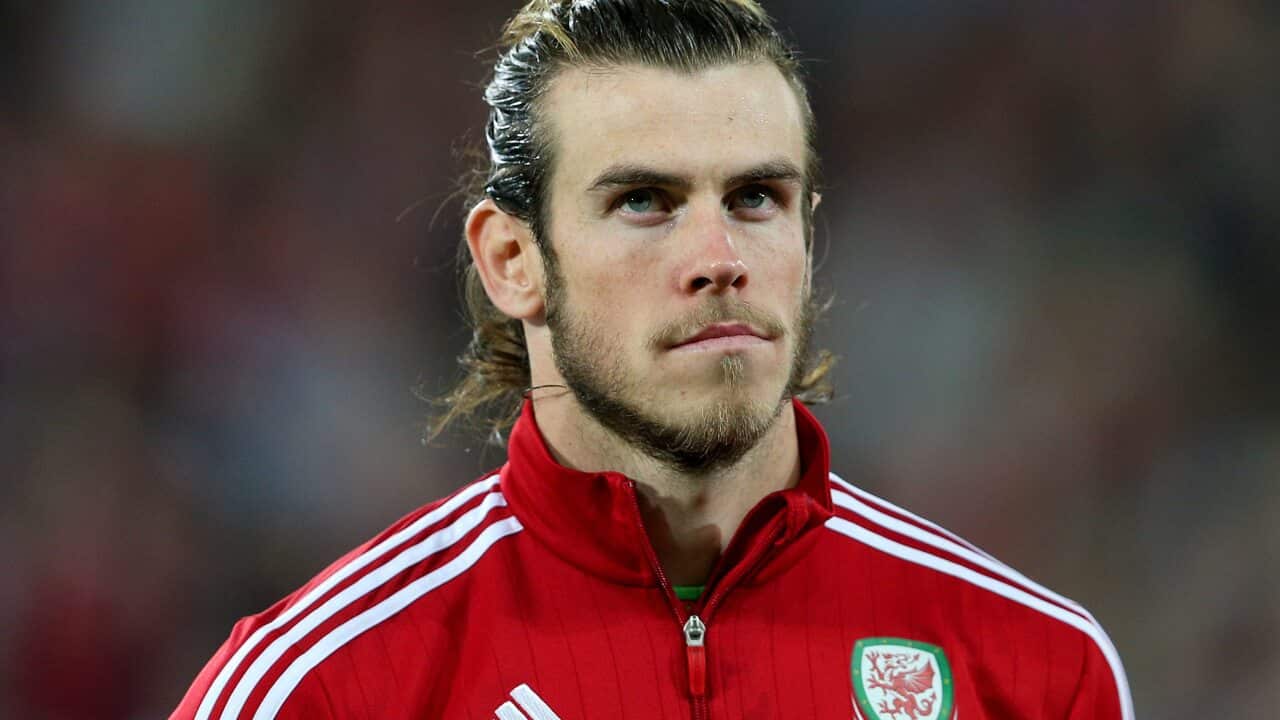 Bale will not feature against Northern Ireland in Cardiff on March 25 (AEDT) or in Kiev four days later after talks between Wales and Real Madrid.

The 26-year-old has played only 281 minutes since Zinedine Zidane became Real Madrid coach in January because of calf problems and Bale's wife is due to give birth to their second child next week.

"It was a joint decision," Wales manager Coleman said of the talks when naming a 26-man squad for the two games.

Advertisement
"It's right that he stays where he is, that he works there and gets treatment.

"I think he will benefit from that between now and the end of the season.

"Real Madrid have been first class all along, they recognise in Gareth they've got a player totally committed to Wales.

"They have never put an obstacle in our way, so equally we have to recognise that the last couple of months have been tough for Gareth fitness-wise.

"His wife is ready to give birth at any time, otherwise I think he would have popped across.

"When he's been able to do that he's popped across to see the guys, but it's not been possible this time."

For many years, Ryan Giggs's international career was blighted by withdrawals from Wales squads - with the Manchester United player managing only 64 caps in a 16-year career.

But Bale already has over 50 caps and Coleman said no-one should doubt his commitment to his country, especially after steering Wales to their first major tournament for 58 years at EURO 2016 this northern summer.

"People said at the start of the [EURO 2016] campaign we won't get him as much now he's at Real Madrid, but he's been in his best form for us since.

"What he's done in the last two years has been incredible - he scored seven goals in 10 games in the Euros and was pivotal in us qualifying.

"People who question Gareth's commitment don't know him as well as we do.

"Looking at the bigger picture it's all about the summer, and we've got to make sure we've got our strongest squad for the tournament.

"At this moment in time it suits both parties that he doesn't come as it's not just the game, it's the travelling as well."

Davies collided with his own goalkeeper Hugo Lloris and Spurs boss Mauricio Pochettino said the left-back would be assessed in the next few days.

The high-profile absentees, however, will allow Coleman to cast an eye over younger players with uncapped pair Tom Bradshaw and Lloyd Isgrove called up and Liverpool goalkeeper Danny Ward set to win his first cap.

"Danny will play in one of these two games," said Coleman.

"He did well on loan at Aberdeen, pushed on and he deserves a chance.

"You don't replace Aaron and Gareth, but that's not to say that we haven't got strength in depth.

"This gives us a chance to look at one or two other guys and I see that as a positive, not a negative."