Costa has no future at Chelsea, says Conte

Chelsea manager Antonio Conte has made it clear Diego Costa knew where he stood with the Premier League champions at the start of the year. 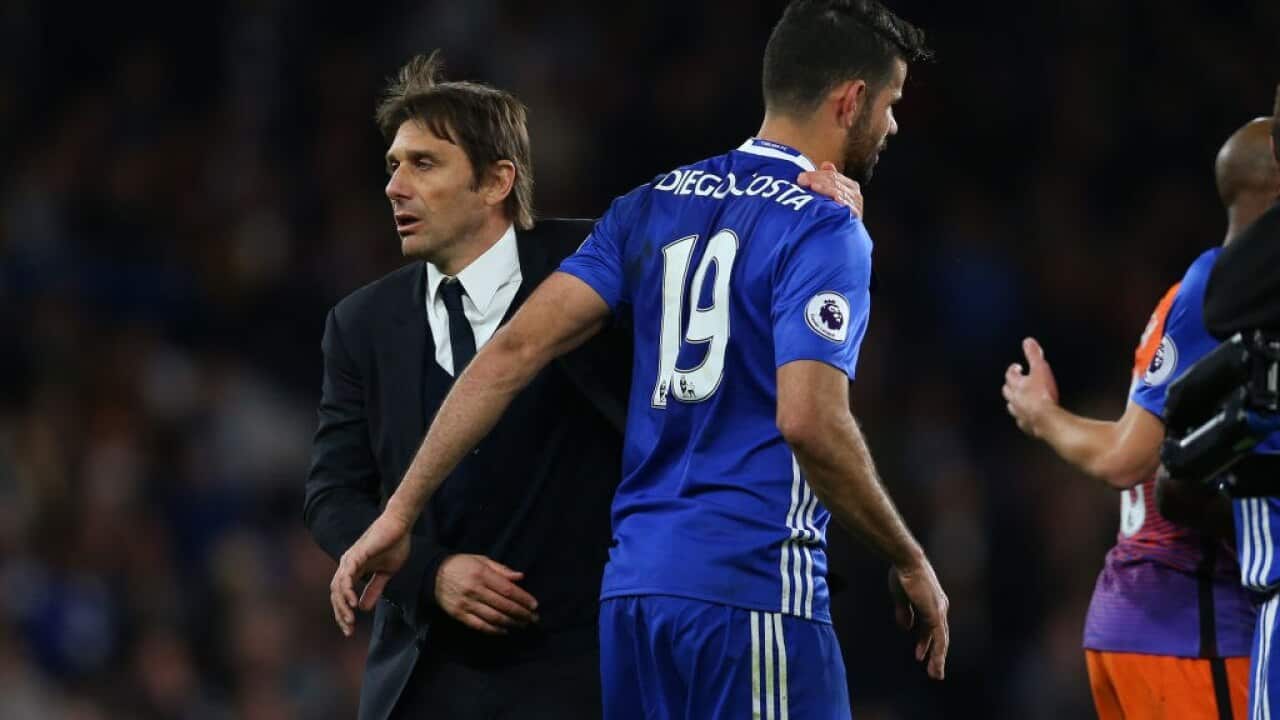 Chelsea striker Costa was told in January that he would not feature in the Premier League club's plans for the upcoming season, according to Conte.

Costa scored 20 goals in 35 league appearances in Chelsea's title-winning campaign last season amid local media speculation that he has an unfavourable relationship with the Italian manager.

The 28-year-old was left out of the Chelsea squad for the pre-season tour of Asia, starting with a game against Arsenal in Beijing on Saturday.

"In January, the Costa situation was very clear for the club, for him and his agent," Conte told reporters on Friday.

"I don't to like to talk about players that don't stay here - for me the situation is closed."

Conte was keen to welcome Alvaro Morata into the squad after Chelsea agreed a deal to sign the Real Madrid striker on Wednesday.

According to media reports, Chelsea would pay around PS70 million pounds ($115m) for Morata, which would shatter the club's current transfer record by eclipsing the PS50 million they spent on Fernando Torres in 2011.

"We have added a fantastic striker, even at a young age he has won a lot already and we are looking forward to welcoming him to the squad," Conte added.

"He (Morata) has played with Real Madrid and Juventus and has a lot of experience for the league and also in the Champions League."

Following the game against Arsenal, Chelsea travel to Singapore next week for games against Bayern Munich and Inter Milan.