Could it be back to the future for Postecoglou and the Socceroos?

With no margin for error as Australia's quest to reach Russia takes a perilous passage through the playoffs, is coach Ange Postecoglou allowing himself some World Cup wriggle room? 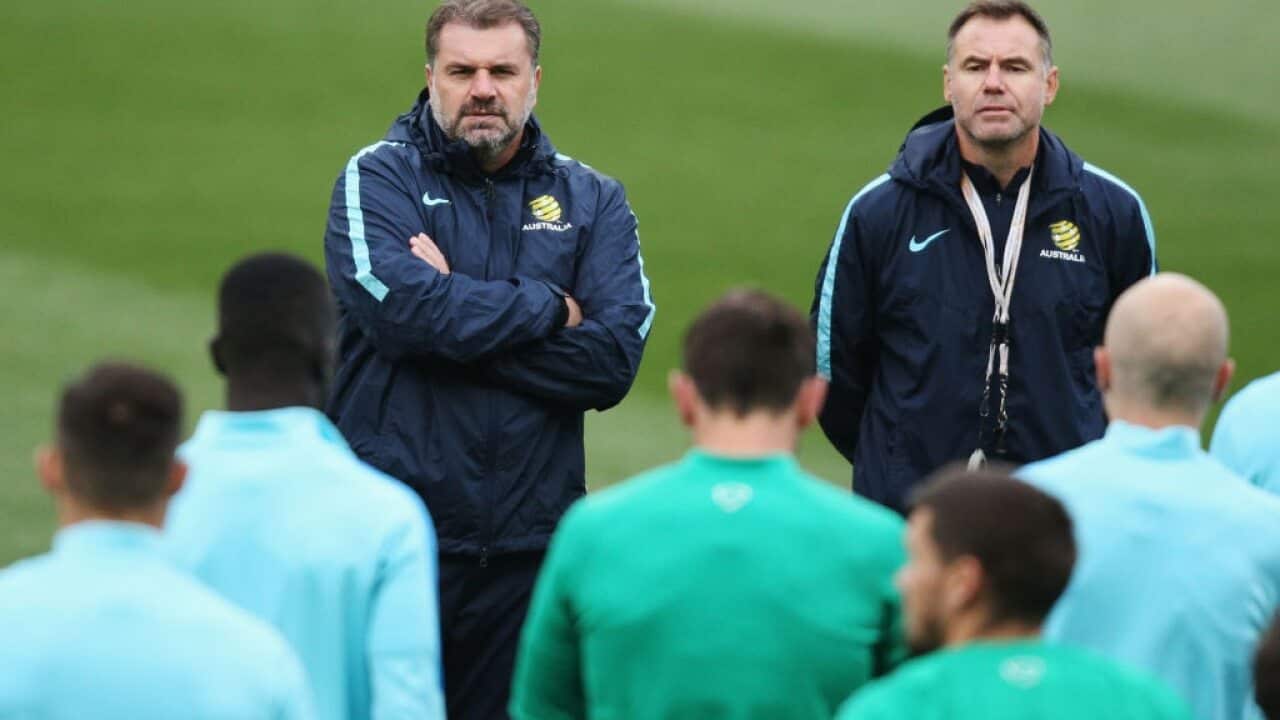 One selection in the preliminary 30-man squad for next month's two-legged tussle with Syria suggests the normally implacable and unyielding Socceroos coach might possibly be having some doubts over his oft discussed, and much maligned, three-at-the-back formation.

Could it be that Postecoglou - after betting the house on a 3-2-4-1 system that he thought would best shoehorn a plethora midfield talent into his starting team - is contemplating whether to hold 'em or to fold 'em.

If Risdon survives the cut when the squad is culled to 23 next week, it might be a signal that Postecoglou is seriously envisioning revisiting the back-four formation he employed in various guises for the first 28 months of his tenure.

Even his closest lieutenants within the Socceroos hierarchy have no idea whether Postecoglou will persist with the formation he has pioneered and persevered with, despite some stinging criticism from fans and pundits, or will be tempted to take a step back to the future.

While his players have been publicly supportive of their boss and his tactical tinkering, it's understood there is disquiet, at least among some, over a system they don't get to play with their clubs.

Despite the mid-stream formation change, Australia's results have been ostensibly no worse during the second half of their qualification campaign than the first.

The reality, though, is they finished third in their group behind Japan, by a single point, and Saudi Arabia, on goal difference, and now face Syria in Malaysia in October 5, with the return in Sydney five days later.

While many correctly contend that Postecoglou does not have the breadth of talent some of predecessors enjoyed, fans can be unforgiving.

And many still remain unconvinced, postulating that recent fragility at the back has been the consequence of the system change, and a more hung-ho attacking mantra.

In fairness to Postecoglou he is not endowed with a wealth of right backs, with the likes of Ryan McGowan, Mark Milligan, Risdon and Milos Degenek all being deployed at various stages.

That paucity was what partially prompted him to take the back-three gambit in the first place.

To provide some perspective on how Australia have been fairing, it's worth looking back at the qualification campaign for Brazil 2014.

Back then there were five teams in Australia's group, not six, with the top two going through.

Australia, coached by Holger Osieck, were bracketed with Japan, Iraq, Jordan and Oman.

The AFC qualification system jumped to six-team groups this time around, with the Saudis added to the mix.

Take them out of equation and the Socceroos would still have amassed 15 points, two more than in qualifying for Brazil.

To those with unforgiving natures, though, Postecoglou is viewed as having needlessly confused his players and put qualification at risk with a doctrine which, in all likelihood,  his ultimate successor will abandon once the Asian Cup winning coach departs the stage.

To others, he's a fearless buccaneer and visionary who will be vindicated by Australia's ultimate World Cup qualification.

Time, as always, will be the final arbiter.