Veteran goalkeeper Ante Covic will become the oldest player in A-League history if he wins a contract with Sydney FC and gets on the field this season. 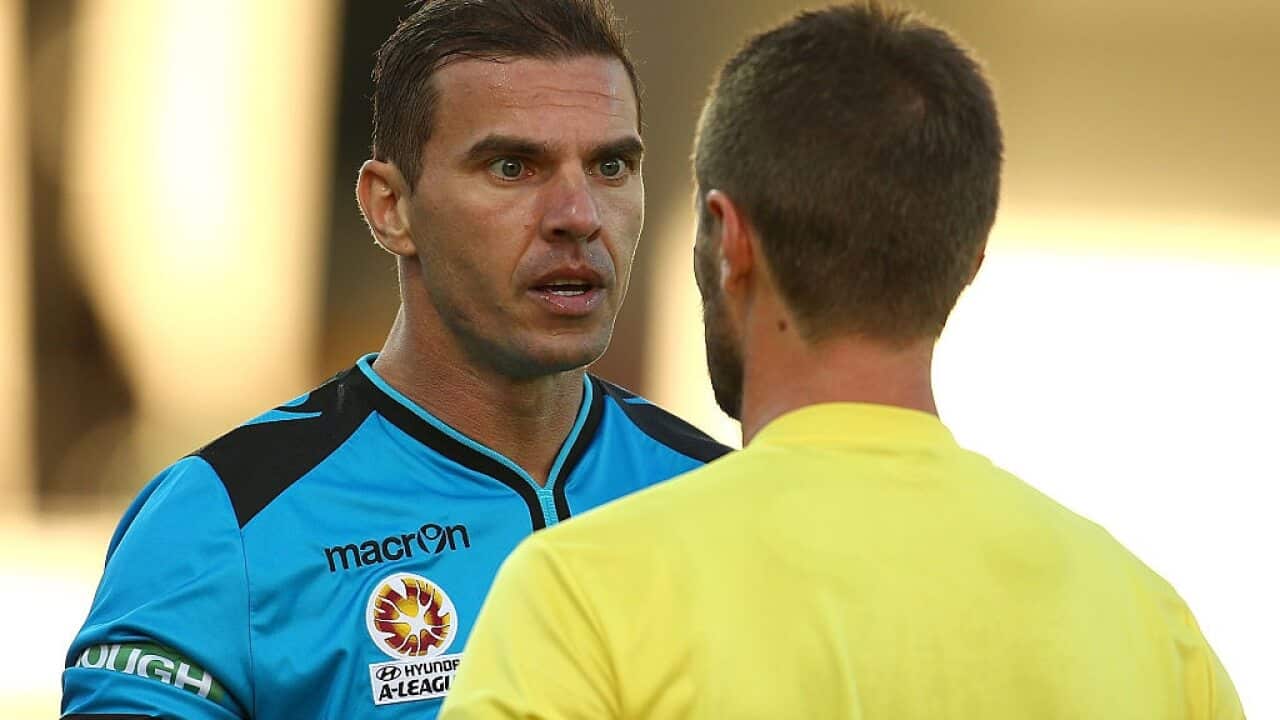 Covic has recently been in training with the Sky Blues and is effectively trialling for a contract with the club, which would become his fifth A-League outfit.

Advertisement
But it could still be a while yet before Covic finds out if he will be offered a deal.

The World Game understands the club are still considering more than one option for their second senior goalkeeper alongside Vedran Janjetovic on the playing list.

Sydney have been linked with Danny Vukovic, the Melbourne Victory goalkeeper, who lost top spot at the club to Lawrence Thomas during the second-half of last season.

But at this stage, Vukovic is still with the Victory and it remains to be seen whether that situation changes.

The Sky Blues need a goalkeeper to replace Ivan Necevski, the previous back-up to Janjetovic, who was released at the end of last season.

And coach Graham Arnold is known to be determined to make it a player who will increase competition for the goalkeeping spot and keep the shot-stoppers on their toes at all times.

The World Game asked Sydney CEO Tony Pignata on Saturday when a decision might be made on Covic, and he replied: "He is just training for now. Arnie will make the decision in due time."

Covic turned 41 in June. The oldest ever A-League player is Romario, who was 40 years and 320 days old when he played for Adelaide United against Newcastle Jets on 15 December, 2006.

Sydney-born Covic has previously played for the Jets, the Victory, Western Sydney Wanderers and Perth Glory in the A-League.

But Glory released him at the end of last season, after one year in the West.

Covic was awarded MVP of the tournament when the Wanderers won the AFC Champions League in 2014, but he was cut by the club at the end of the 2014-2015 A-League season.