An international match between Senegal and Ivory Coast in Paris had to be abandoned after fans invaded the pitch. 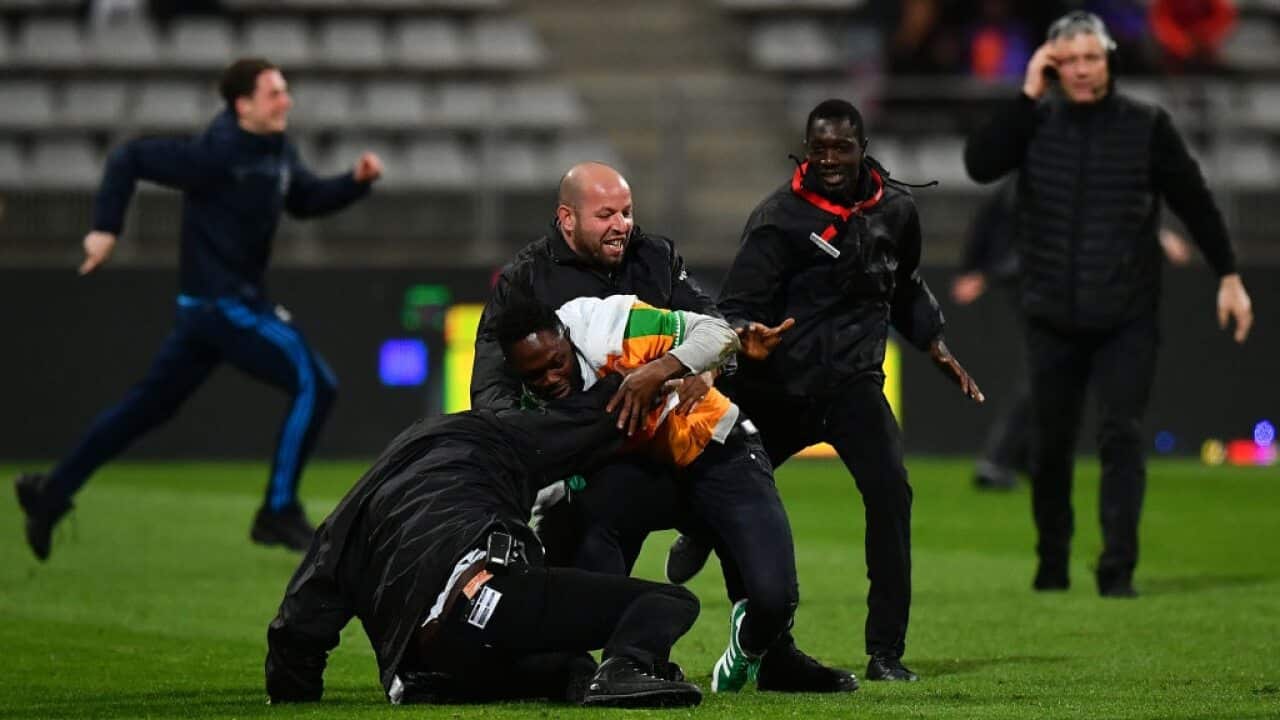 Pitch invaders are tackled by security during the International match between the Ivory Coast and Senegal Source: Getty Images

The clash at the Charlety Stadium came to an abrupt end during the 88th minute as supporters jumped the fence and chased players, The Independent reports.

The game was headed for a 1-1 draw with Liverpool's Sadio Mane scoring for Sengal before Ivory Coast's Cyriac Gohi Bi leveled only two minutes later.

Advertisement
As both sides pushed for a winner, several supporters began to cause trouble in the stands and before long the incident spilled onto the pitch.

Security and police failed to contain the rush of people racing onto the pitch, with one pitch invader tackling Senegal player Lamine Gassama.

Both Senegal and Ivory Coast players ran for the tunnel to escape the crowd rush before referee Tony Chapron called an end to match.

The Senegal and Ivory Coast clash wasn't the only International between African nations to run into trouble.

Nigeria's clash with Burkina Faso, scheduled to be played at The Hive ground in London, was postponed after seven Burkina Faso players failed to gain visas to enter the United Kingdom.

The Nigeria Football Federation said they were "extremely disappointed" the match was unable to be played.