Maligned comedian Aaron Chen has refused to back down amid public outrage at his cringe-worthy halftime report during ABC2's broadcast of Liverpool's clash with Sydney FC on Wednesday night. 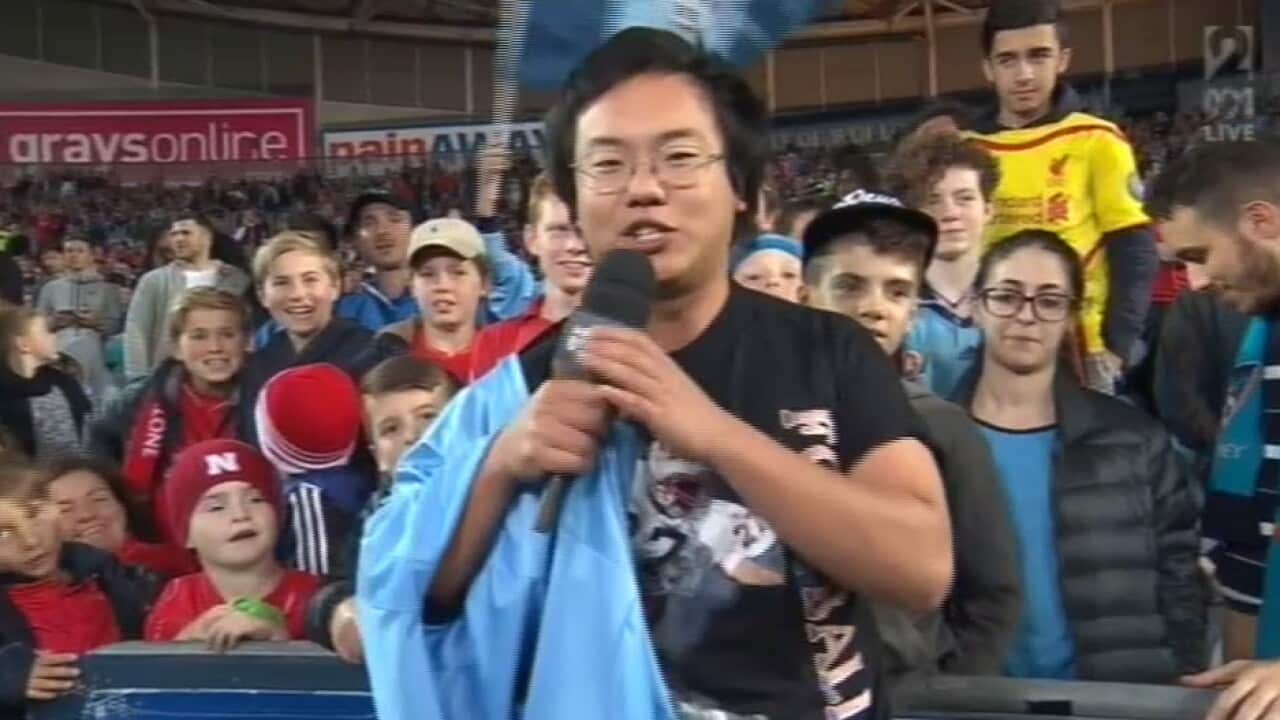 Chen's awkward and at times uncomfortable interviews during the first half interval of the friendly clash at ANZ Stadium angered everyone from football fans, former players and even Football Federation Australia.

During his live cross, the comedian asked irrelevant questions, cut off interviewees mid response and made confusing and cringe-worthy jokes which even the presenters in the studio couldn't understand.


It wasn't the only part of the match broadcast which was hammered by fans, with comedians Jules Schiller, Tegan Higginbotham and Steen Raskopoulos also criticised for their efforts in what has been dubbed "the worst sports coverage ever'.

Chen responded to his critics in an interview with the Greenfield Express on Thursday, in what appears to be typical Chen fashion.

“A lot of people are saying I was trolling and stuff like that, but that’s not true. I was there in 2008 when Australia qualified for the 2009 World Cup against Uzbekistan, and I was there for the A-League Grand Final with Dwayne Yak when Sydney FC won the first ever one.

“If I could afford it, I would love to be a Sydney supporter and sit in the Cave (sic).”

“I would love to do a poem about how I feel about Lee Murdoch (Les Murray) and Robin Slacker (Robbie Slater),” Chen said.

“Robin Slacker, I’m your number one backer. Lee Murdoch, you’re my hero and I love you.

“And please everyone who wants to do anything dangerous to themselves because of the coverage last night, I’m so sorry and if you need to call me, please message me on Facebook and I’ll give you my number immediately.

'It meant the world to us' - Clarke, Froome react to 'monumental' stage victory