The man who created the headline grabbing Cristiano Ronaldo bust has returned, this time with a statue of CR7's Real Madrid strike partner Gareth Bale. 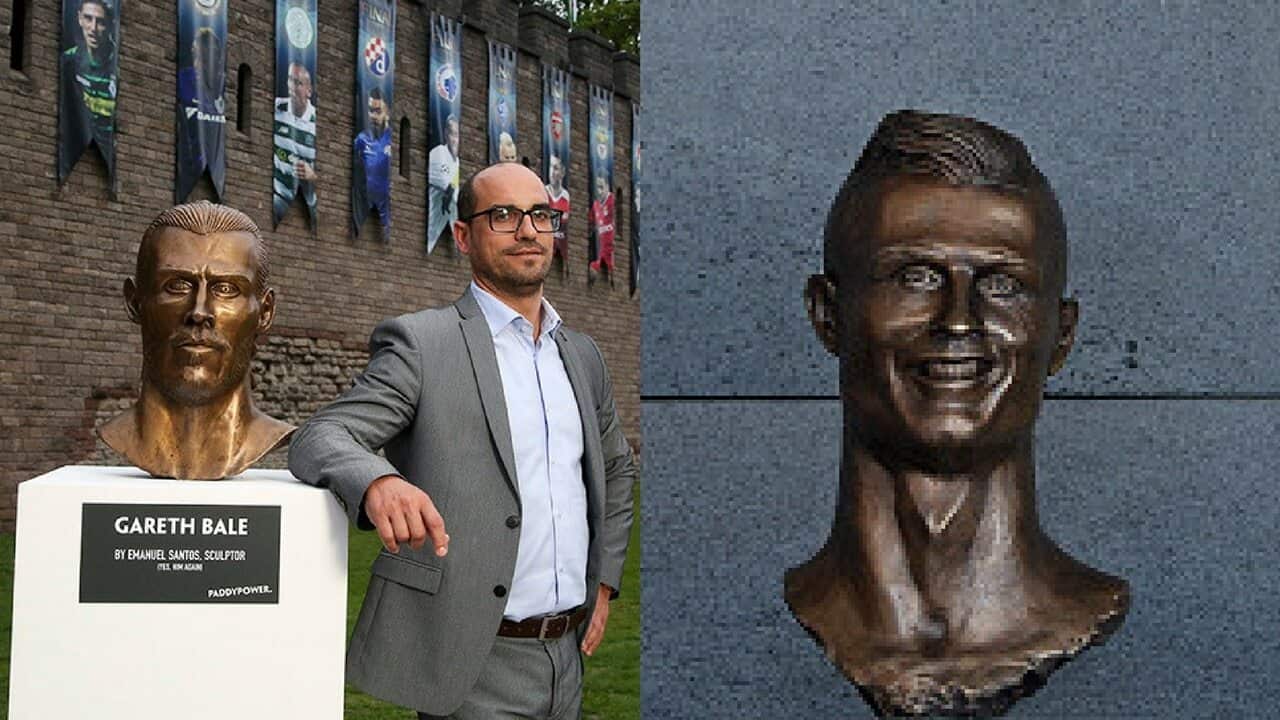 Sculptor Emanuel Santos has returned with a follow up to his infamous bronze bust of Cristiano Ronaldo Source: Paddy Power

Sculptor Emanuel Santos was commissioned by betting company Paddy Power to work his magic once again to create a follow up to the statue of Ronaldo which went viral for all the wrong reasons.

The bust of Welsh superstar Bale was created especially for the Champions League final at the Wales National Stadium in Cardiff and took 264 man hours to complete at a cost of £25,000

"I have become a bit famous since my Ronaldo artwork with people telling me how much it made them smile, so to bring another famous footballer to life is a true honour," Santos said at the unveiling.

"Maybe I'll create another one to make it a hat trick as they say in football."