Croatia president Kolinda Grabar-Kitarovic gave Russia president Vladimir Putin a Croatia jersey with the name 'Putin' printed on the back hours before Croatia took on France in the 2018 FIFA World Cup final in Moscow. 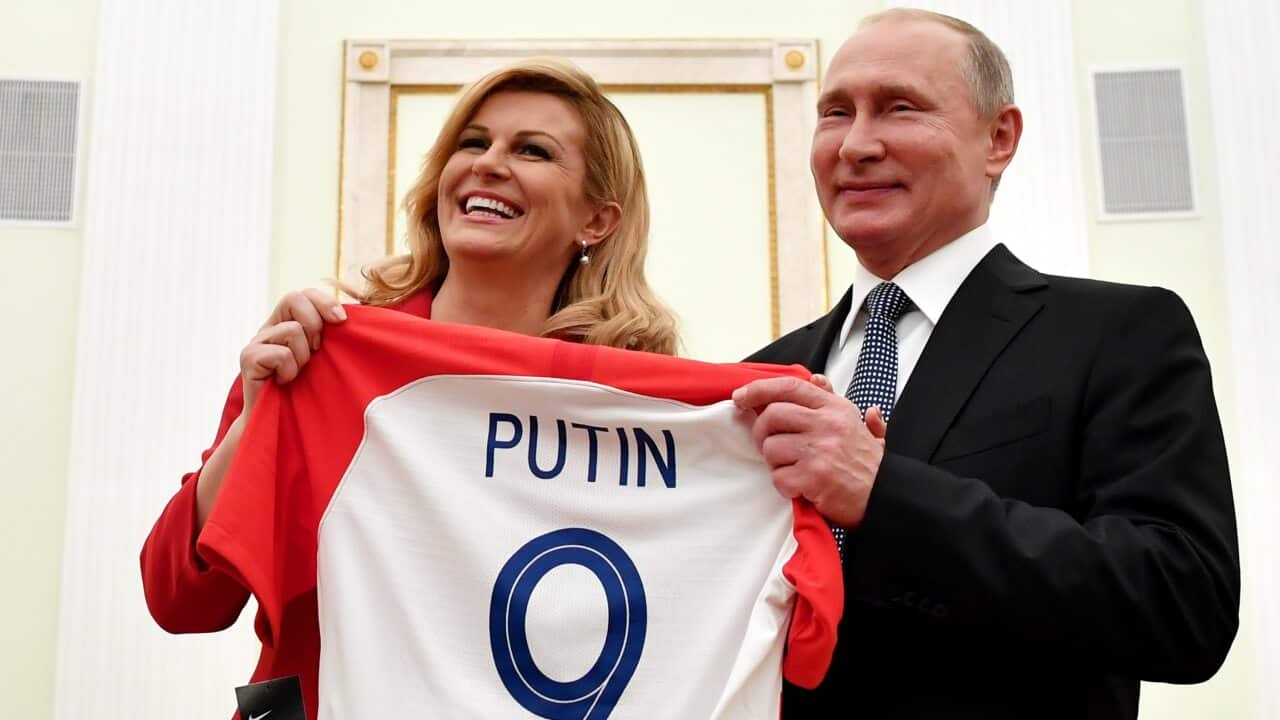 Croatia has been caught up in football fever after the Balkan nation of 4.2 million people swept aside more fancied opponents to reach their first ever FIFA World Cup final, which Russia is hosting this year.

Grabar-Kitarovic has, herself, entered into the spirit of the occasion, travelling to Russia to watch matches and dressing in the colours of the national flag. Croatia knocked Russia out of the competition in the quarter-finals.

At a Kremlin meeting, Putin congratulated the Croatia president on Croatia's performance.

"I'm sure we will see a beautiful game today," he said. Grabar-Kitarovic thanked Putin for what she said was the successful organisation of the competition.

Putin presented her with a bouquet of flowers, while she gave the Russian leader the Croatia shirt.