Oh no. Not again. Every England fan could feel the dread as the clock ticked over 120 minutes in the Spartak Stadium on Tuesday night. Penalties would decide their fate, with an ending that everyone knows. 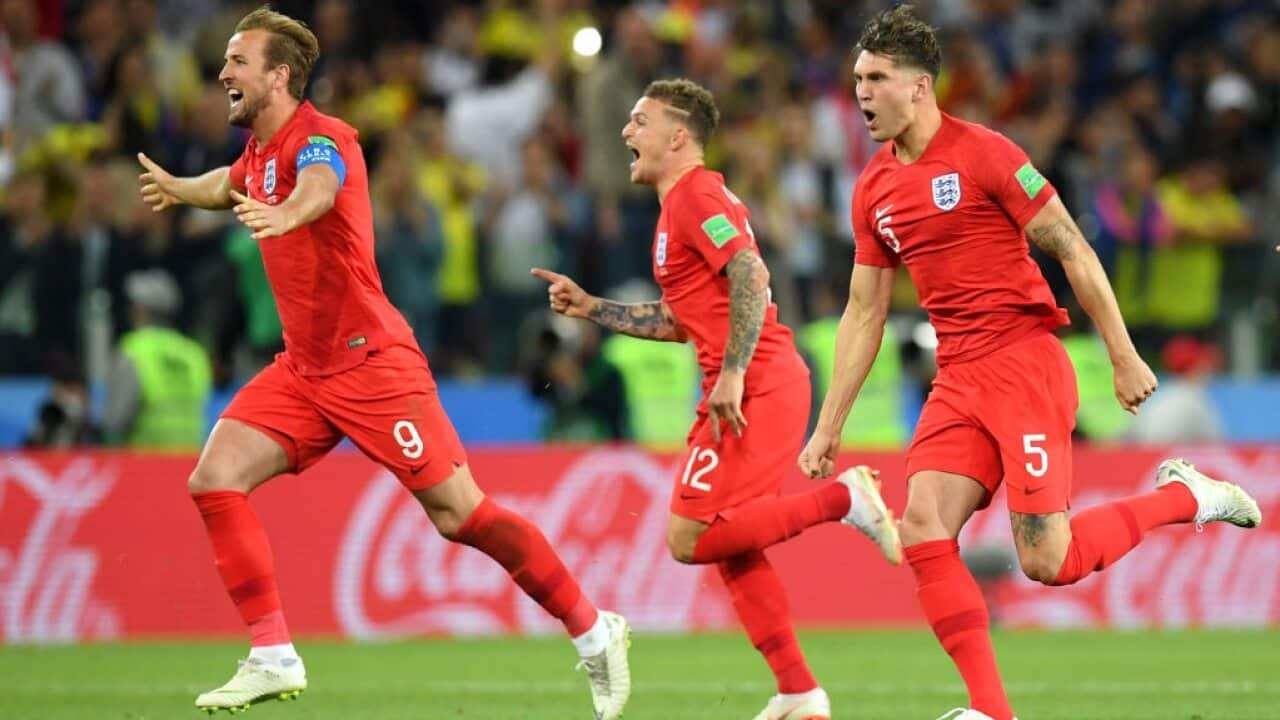 Just as it did in 1990, 1996, 1998, 2004 and 2006, England would exit a major tournament thanks to a calamity from the spot. There will be a scapegoat. The opposition keeper will become an immortal. It’s almost a pre-determined outcome.

Except this time, something felt different in Moscow. This is a generation of England players who don’t remember those failures. That generation was made up of players who suffered from being unfairly compared to the World Cup winners their parents grew up with. But those times, at long last, have officially passed.

The great irony is that England manager Gareth Southgate is the very man who missed the most infamous of penalties at Euro 96. But he’s owned it and almost embraced it, as have the press and the public. It’s become part of his rather charming narrative: good men can have bad moments.

Advertisement
Even “It’s Coming Home”, the famous song of that tournament, has been recreated as England’s approved anthem here. Once lampooned for its over-ambitious expectations, now it’s a motto and a hashtag, confirming the nation is simultaneously ready to forgive, move on and dream all at once.

England had hardly any fans in the stadium – perhaps 3000 or 4000 at most. Yet that gave this side something they enjoyed; a backs-to-the-wall situation. There was no expectation or demands from the stands, just hope from the brave few who defied warnings not to travel. You could see the players appreciated it.

That’s all background as to why this night felt different. Even when England suffered the morale-destroying equaliser in the third minute of injury time, it didn’t feel as though they would be beaten. Although they had been the better side overall, Yerry Mina’s goal was no heinous injustice.

The only moment it did feel as though England could lose was when Jordan Henderson couldn’t convert his penalty and David Ospina made a great save.

In that minute, the old narrative had legs. Henderson, already questioned and ridiculed by many, would have made a perfect vehicle for public scorn and red-top ridicule.

But it was the other side who wilted. Willed by close to 15,000 Colombians in the stands, who created an unimaginable cacophony of noise and emotion, Matheus Uribe battered his penalty into the crossbar.

It was at that moment that England’s football history broke from its continuous loop of failure. They’d been given the reprieve they’ve been denied for three decades. Kieran Trippier, magnificent all night as an unheralded, largely unknown right-back, sensed the opportunity and quickly converted the next penalty.

That heaped pressure back on Colombia. Instead of taking a penalty to seal the win, Carlos Bacca now needed to score to keep his nation in it. A totally different equation.

The Milan striker was doing the sums as he went to the spot and then made the sickening realisation: it’s down to me. England’s goalkeeper Jordan Pickford grasped the striker’s nerves. A stutter-step penalty often ends in disaster and so it did here.

Eric Dier only had to score to win. He didn’t feel the weight of the past and why would he? He learned most of his football in Portugal. And if ever you’d want a certain nation to win in a shootout, it would surely be them. And how calm was the finish?

Just like that, a 28-year curse had finally been broken. And although the extra 30 minutes will have drained the tank of many of England’s players before the quarter-final against Sweden, the psychological lift of winning in a shootout surely counters the physical affects.

Now they will believe they can win knockout matches. Not just against ordinary teams, but big ones. This Colombian team would have been every chance to make the final had they won here.

And another penalty shootout? Sure. Why not? No fears there. England might even look forward to it. Truly, this World Cup continues to throw up the most extraordinary and unlikely stories we've ever seen.