De Bruyne can be as good as Ronaldo and Messi, says Martinez

Kevin De Bruyne has the potential to become one of the world’s best players alongside Cristiano Ronaldo and Lionel Messi but he will need to produce match-winning performances on a consistent basis, Belgium coach Roberto Martinez said. 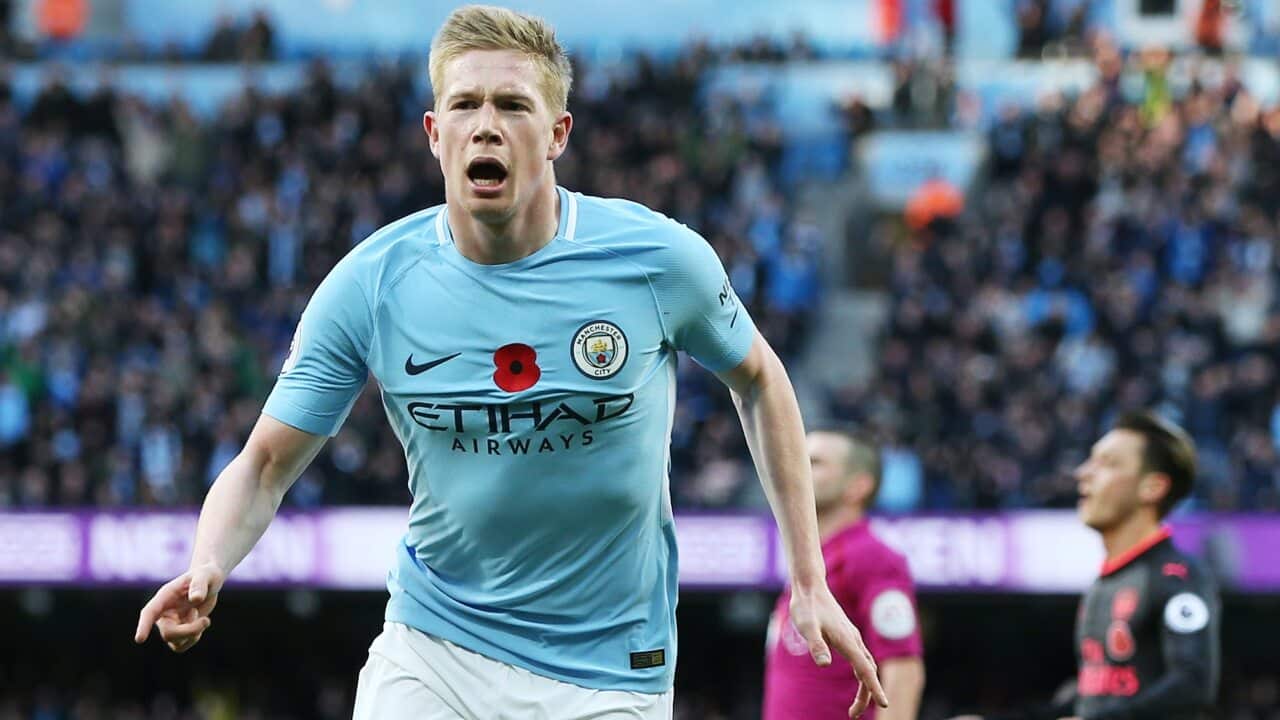 De Bruyne has played an influential role at Manchester City under manager Pep Guardiola this season, with two goals and six assists in 11 Premier League appearances.

Martinez said the 26-year-old midfielder brings arrogance and belief to the national side on the back of a strong start to the campaign.

"I think when you see the players that you mention (Messi and Ronaldo), obviously you (have to) become consistent with your performances in order to reach that level," Martinez told ESPN.

Martinez shrugged off concerns about his first-choice striker Romelu Lukaku's recent poor run in front of goal at Manchester United.

Lukaku netted seven goals in his first seven league games after his move from Everton but has failed to score for United since a 4-0 league victory over Crystal Palace at the end of September.

"After playing in Europe for Everton in an important role, going into Manchester United in a team that you're always expected to win -- I think it's been a really interesting stage or path for Romelu," said Martinez.

"Through that path you're going to have good moments, bad moments, but I think we're all aware that the enormous talent that he has in front of goal will allow him to go through any bad spell."