'De-conditioned' Taggart likely to miss another week for Perth

Perth Glory striker Adam Taggart is likely to miss his sixth straight game this week after the club eased off him at training in a bid to get his nagging calf injury right. 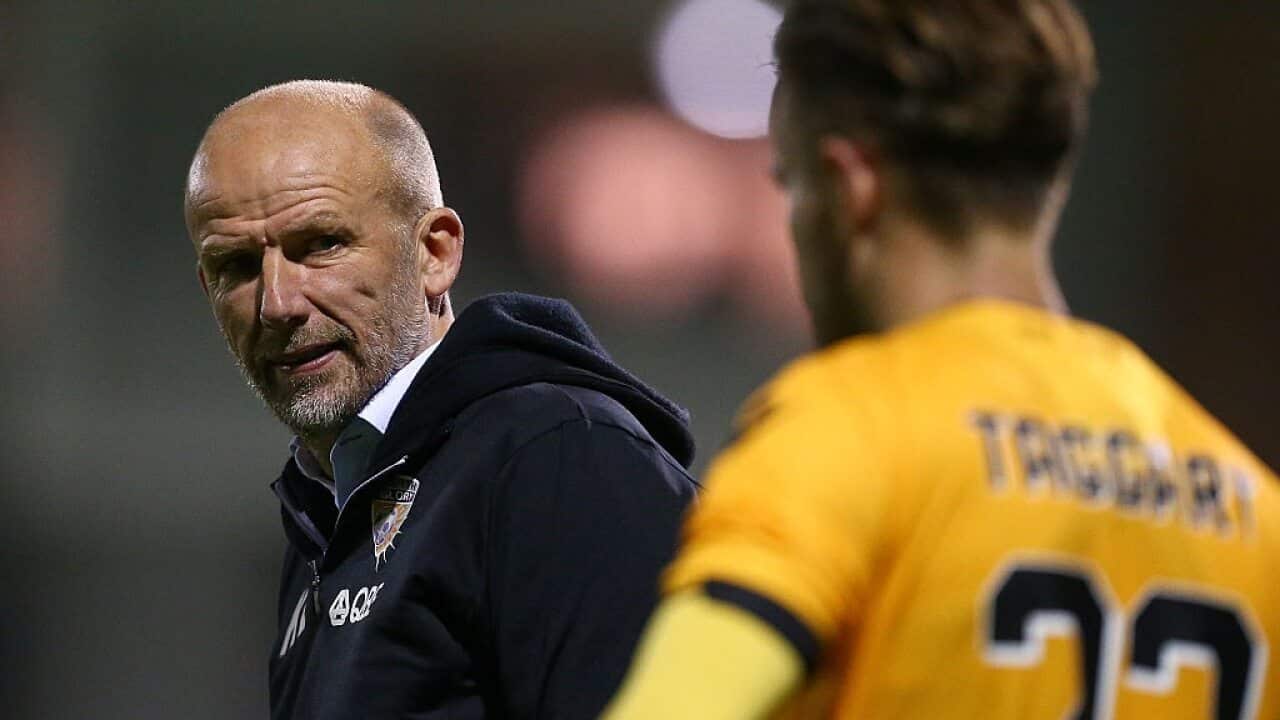 The former A-League Golden Boot winner has been missing since scoring a double in his return to the domestic competition in round one.

His absence is a source of continuing frustration for Taggart, the club and Glory fans, particularly since after winning two and drawing one of their first three games the team has gone on a run of two losses and a draw.

But it appears set to continue for at least this week, with Perth coach Kenny Lowe telling The World Game: "'Tags' has got a minor injury, he's got fluid around the sheath of his calf muscle. It's minor, but it's just not responding, so we've just taken a step back a bit now.

"He's just strengthening it and then he'll get back into training.

"What we were doing, we were training and training and he'd be OK, and then he'd get a little irritation which set him back a couple of days before he could train again. So we've just stepped back and we're strengthening it and when that feels good then we'll go into the training again.

"It's a week-to-week thing, but now, because he's de-conditioned, he's going to have to do some extra work to get back up. It's nothing major."

When it was suggested to Lowe that the process made it sound like Taggart wouldn't be ready for Friday night's home game against Adelaide United at nib Stadium, he was non-committal.

"I think we've just got to get him right, that's all," Lowe said.

Taggart, 23, had previously endured an extended period with injury that severely damaged his chances of making a success of a UK move.

He was hoping to make his A-League return the start of a build-up that eventually got him back into the Socceroo squad and it began well with his two goals in a 3-3 draw with Central Coast in Perth.

READ MORE
Behind The Play: Fit-again Taggart has it all to play for at Glory

But now he is waiting for another kick-start.

"It's frustrating for Tags, but we're comfortable, we're just doing the right thing by him to make sure he's OK," Lowe said.

"It's nothing major, nothing untoward, nothing sinister, it's just one of those things."