Roma veteran Daniele De Rossi has apologised after losing his head in a 1-1 draw at Genoa, costing his side the chance to extend their record run of Serie A away wins. 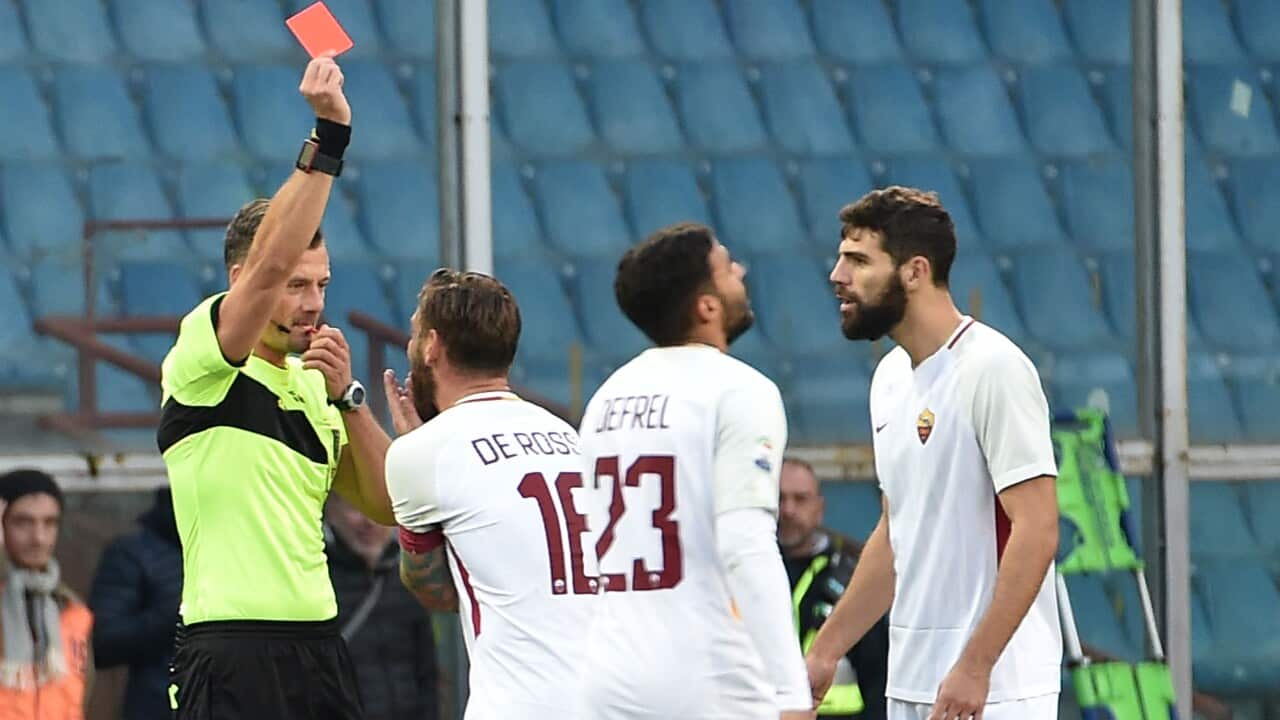 Roma were leading 1-0 in a bad-tempered match when De Rossi was involved in an off-the-ball pushing match with Genoa forward Gianluca Lapadula at a corner and slapped him in the face.

After consulting the video replay system (VAR), the referee awarded a penalty which Lapadula converted in the 70th minute and the 34-year-old De Rossi was sent off.

"I have to apologise to my team-mates, the coach and the fans," said De Rossi after the 15th red card of his career.

Advertisement
"It’s a moment that I’m incredibly sorry about. There’s not much to say: we were tussling, I tried to block him with an arm – the footage is ugly."

Roma coach Eusebio Di Francesco pointed out that De Rossi should have remembered VAR was being used in Serie A this term.

"With the technology we have nowadays, you don’t get away with that kind of thing," he said.

"Daniele is not a youngster and he knows that. He’s able to take responsibility. But he’s part of a team and when we draw or lose, the loss goes for everyone, not an individual.

"We need to do more work, together, to make sure something like this doesn’t happen again."

Roma had won their last 12 away league games, a Serie A record, in a run stretching back to February. This draw leaves them fourth on 31 points, seven behind leaders Napoli.