De Vanna on target as Matildas and New Zealand all square

Australia's Matildas have continued their preparations for the 2016 Olympic Games with a 1-1 draw against New Zealand at Etihad Stadium in Melbourne. 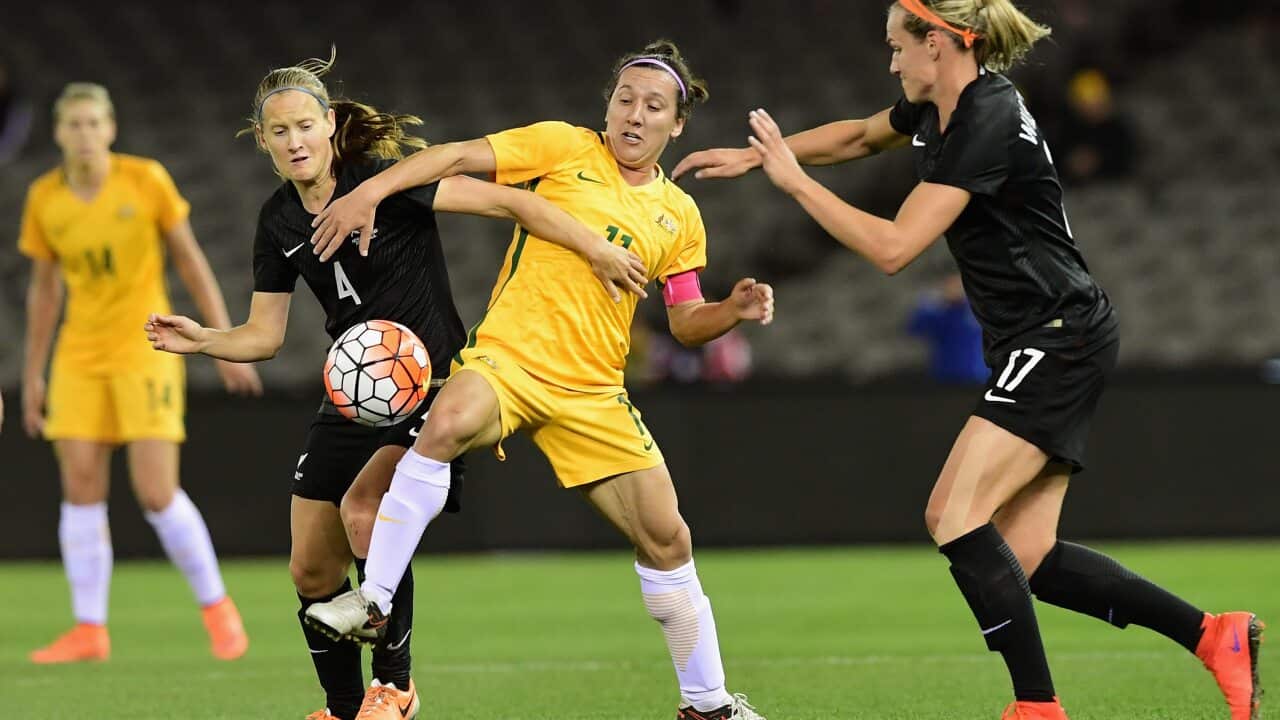 The Matildas followed up their 2-0 win over the Football Ferns on Saturday with a draw thanks to a 73rd-minute Lisa De Vanna goal, which wiped out Katie Bowen's earlier effort.

Caitlin Foord had netted a double when the teams met on Saturday at Ballarat, but Alen Stajcic's side needed De Vanna's 20-yard effort to salvage a draw in the second game after Bowen's goal eight minutes earlier.

Bowen gave New Zealand the lead on 65 minutes, curling a 20-yard left-foot shot over Matildas goalkeeper Lydia Williams, which clipped the underside of the crossbar on the way in.

But the home side hit back soon after, with De Vanna working the ball back on to her favoured left foot before finding the bottom corner of the net from the edge of the area.

Matildas striker Michelle Heyman fired home with just four minutes remaining, but her 'goal' was correctly ruled out for offside.

"I think our level of performance was certainly significantly lower than it was the other day in Ballarat," Matildas head coach Alen Stajcic said afterwards.

"Our technique let us down at times today as did our first touch, quality of our passing and our decision making so there are plenty of things we can work on.

"We've had a good run of six or seven matches in a row where we've played at a really high level and today was just that little bit lower so it's a good reality check for the group to know that if we drop our levels and the expectations on our performance that anyone can beat anyone in the top 20 of women's football.

"The expectations of our group are a lot higher and I know the players will be disappointed today so it's something for us to work on and learn.

"This shows the level that we've got to that we can still get a draw and not be happy with ourselves and know that we can be better."

The Matildas will meet up again in Brazil in early July for a month-long preparation ahead of their first match of the Rio Games against Canada.  Zimbabwe and Germany make up Group F.

New Zealand are in Group G and will take on USA, France and Colombia.