Colombia head into their 2018 FIFA World Cup clash against Poland in Group H on Sunday under pressure to get a result and with their preparations overshadowed by a police investigation into death threats made to midfielder Carlos Sanchez. 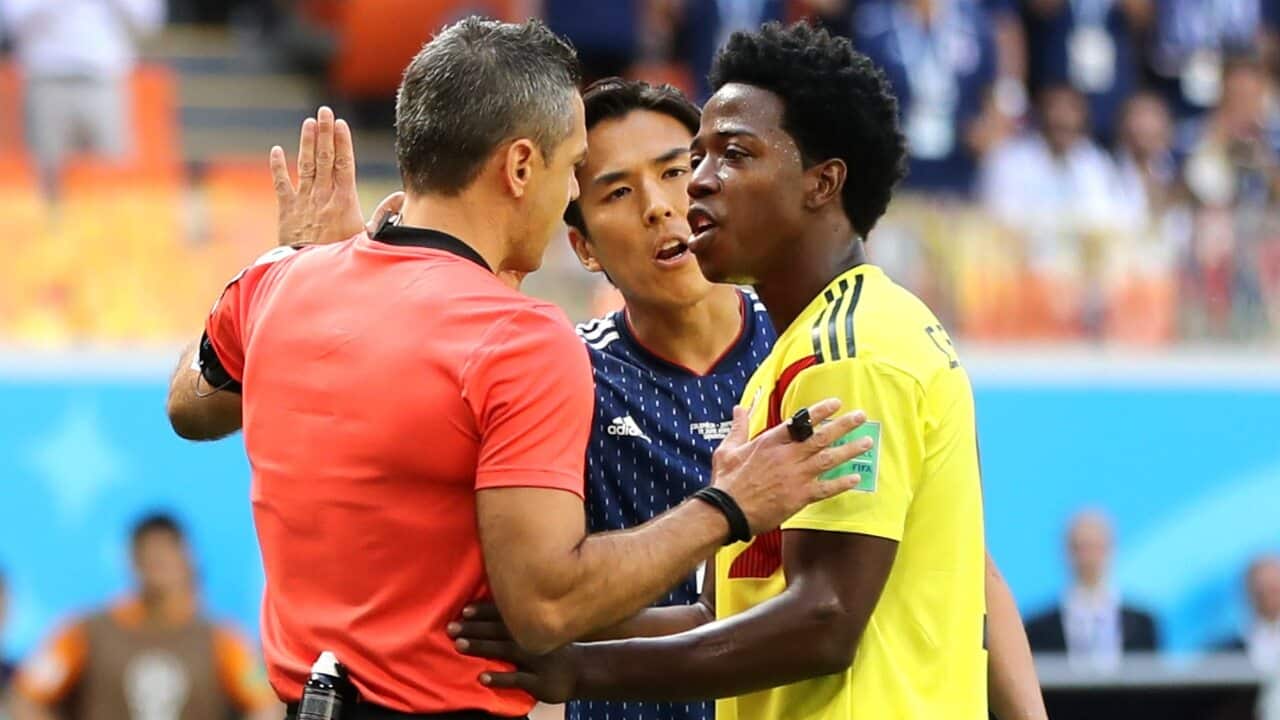 In a grisly echo of the killing of Andres Escobar, who was gunned down after scoring an own goal for Colombia at the 1994 World Cup, Sanchez received threats on social media after receiving a red card in the third minute of Tuesday's 2-1 loss against Japan.

Sanchez was sent off for a deliberate handball after trying to block a shot in the area and will miss the Poland match in Kazan on Sunday.

The Jose Pekerman-coached team closed ranks on Friday, undertaking a private training session at their ski resort base outside of Kazan and declining to comment on the Colombian police probe and their preparations for Poland, who were upset 2-1 by Senegal in their opener.

Advertisement
Queries remain over the fitness of talisman James Rodriguez, who was used as a 59th-minute substitute against Japan as he recovers from a calf problem.

Argentine Pekerman would prize dearly the option of starting the Golden Boot winner at the 2014 Brazil finals against eighth-ranked Poland, and alongside midfield partner Juan Quintero.

Sanchez's absence may open the door for Mateus Uribe to slot into midfield next to Jefferson Lerma.

After a stunning loss to Senegal, courtesy of a pair of howling errors, Poland might console themselves that they can only get better.

The staff have promised changes for a team that has the ability to both score and concede lots of goals.

The recall of defensive stalwart Kamil Glik, who missed the Senegal opener with a shoulder injury, would be a huge boost for Poland's hopes of stopping the likes of Rodriguez and front man Radamel Falcao.

There are still doubts about Glik's fitness, however, so Thiago Cionek, his replacement against Senegal, may keep his starting place despite scoring an own goal against the Africans.

Poland, who have never reached the knockout rounds of a World Cup after losing their opening game, will need to shore up their defence in their first competitive match against Colombia if they are to defy their history.

"It will be like a final," said Colombia striker Falcao.

"Each team will battle hard to keep the ball, and will close down the space for their opponents to operate in."