Mikkel Honore has taken out stage five of the Itzulia Basque Country, just finishing ahead of teammate Josef Cerny as Deceuninck-Quickstep claimed a sensational one-two. 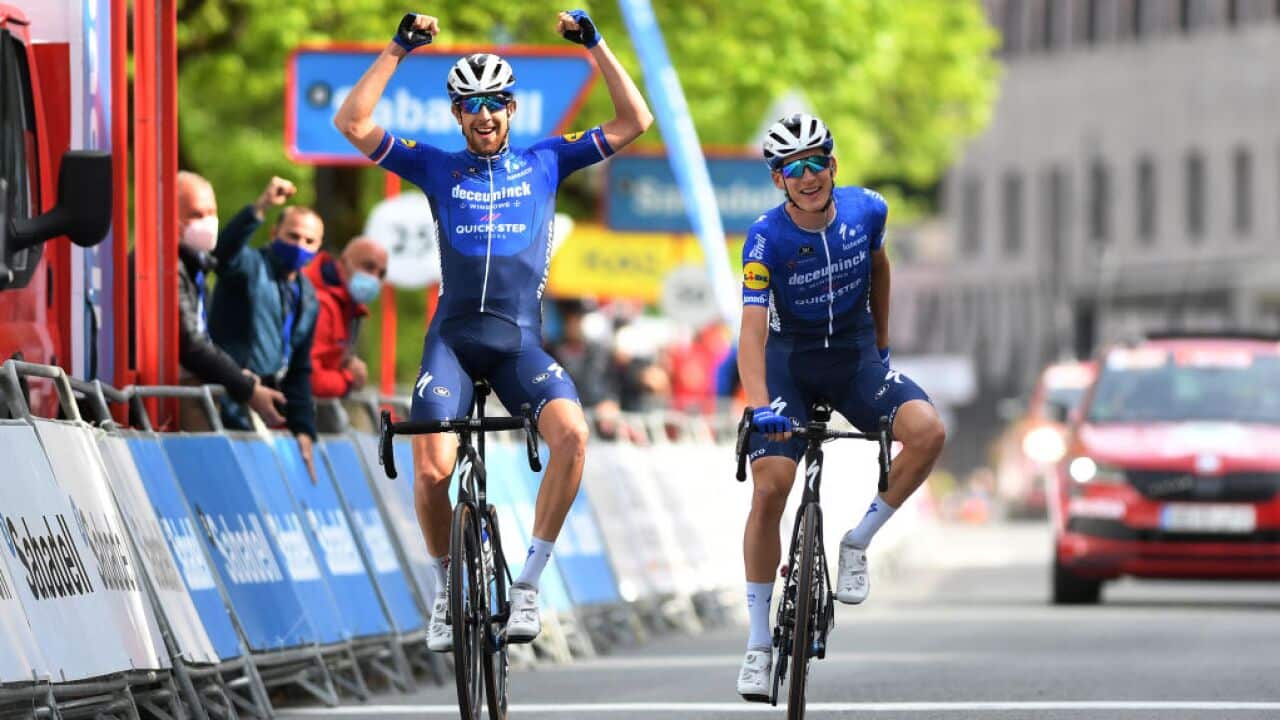 Honore and Cerny were part of a six-man breakaway on the 160 km stage from Hondarribia to Ondarroa before powering away on the final climb to cross the line in first and second.

Overall race leader Brandon McNulty finished among the peloton in 24th place to maintain his position on top of the general classification, 23 seconds ahead of Primoz Roglic and 28 seconds ahead of Jonas Vingegaard.

Tadej Pogacar remains in contention for GC honours only 43 seconds behind McNulty in fifth, while Ineos rider Adam Yates is one spot behind him in sixth.

Team Qhubeka Assos rider Simon Clarke was the best of the Aussies on stage five finishing in fifth place.

Honore and Cerny broke away early on the stage alongside Julien Bernard, Andrey Amador, Ide Schelling and Andreas Leknessund.

Despite letting the breakaway push on early,  the main bunch cut the gap to only 45 seconds with only 35km to go.

Entering the final stages of the race Honore and Cerny surged ahead from the front group with only Bernard clinging on.

The Deceuninck-Quickstep duo were giving it everything and stretched the lead to over 90 seconds with Bernard struggling to keep pace.

With five kilometres to go, Honore and Cerny rode in team time trial fashion to drop and distance Bernard before completing a historic one-two for the Belgian outfit.