Watford captain Troy Deeney could be in trouble after giving Chelsea fans a double middle-finger salute after scoring a penalty to put them 1-0 up in the first half. 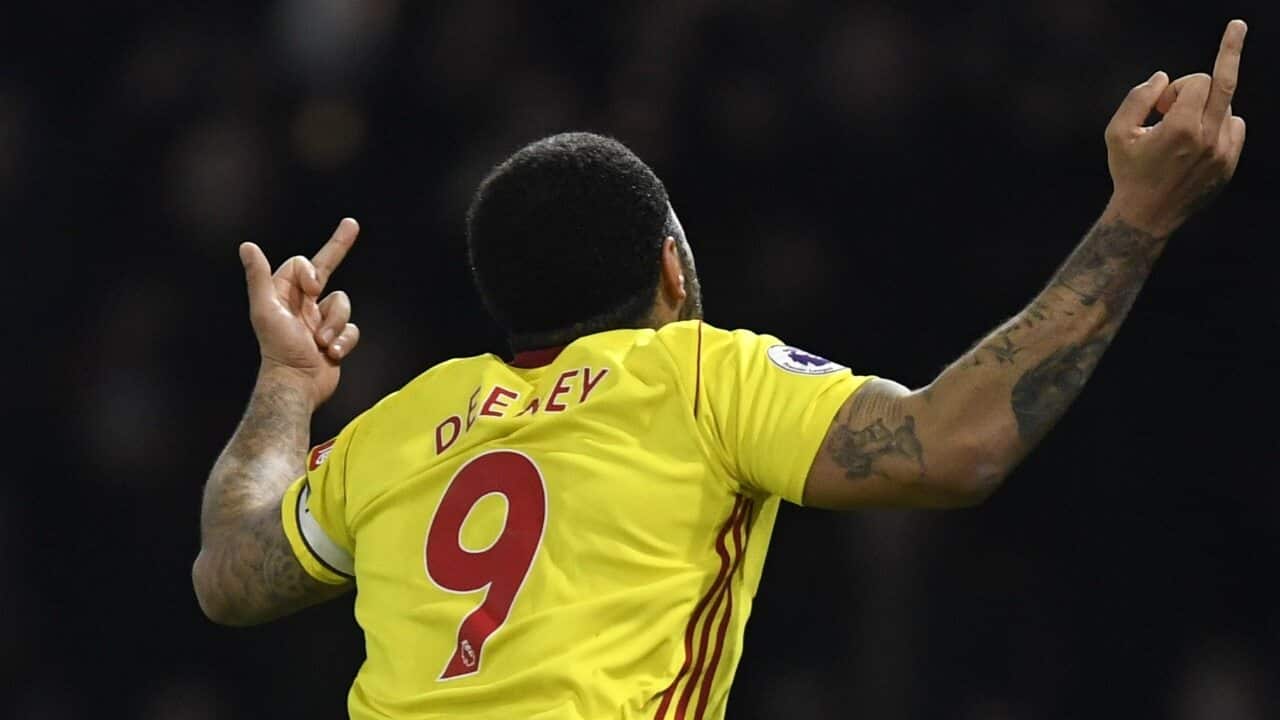 Deeney took the penalty in front of the Chelsea away fans and immediately held up his fingers in their direction as he sprinted away in celebration.

Advertisement
Watford were awarded the penalty after new loan signing Gerard Deulofeu appeared to be brought down by Chelsea goalkeeper Thibaut Courtois after sprinting on to a through ball in the box.

It was a night to forget for Chelsea fans, as Watford hammered them 4-1 thanks to three late goals and a first-half red card to Blues midfielder Tiemoue Bakayoko.

Deeney, 29, previously caused controversy earlier in the season when he claimed that Arsenal lacked 'balls' after the Hornets beat the Gunners 2-1 in October.