Definitely no Aussie sun-tan for Redknapp

Harry Redknapp won't be as heavily involved with Central Coast Mariners as was first suggested and isn't coming out here during the A-League season. 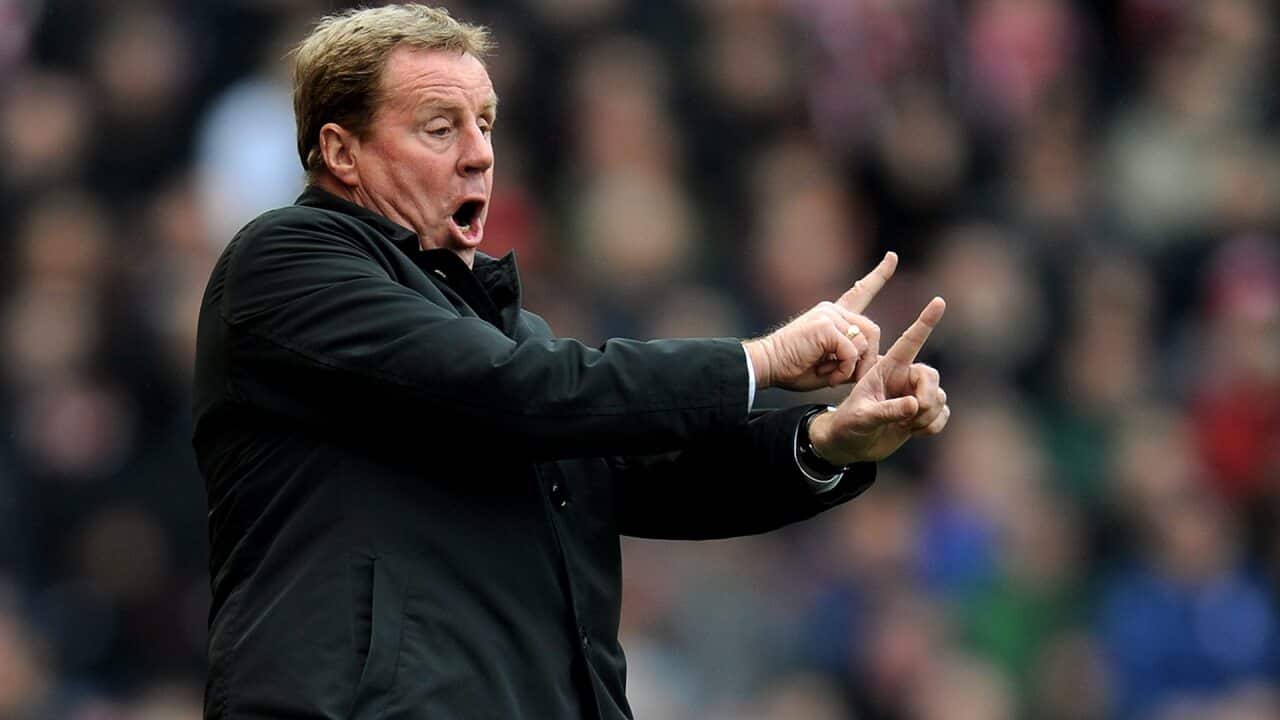 Harry Redknapp during his time with Spurs Source: Getty Images

There was confusion when the club announced in May it had hired 69-year-old Redknapp, the former manager at Tottenham Hotspur, Portsmouth, West Ham United and Southampton, as a "consultant".

Mariners owner Mike Charlesworth said at the time: "Harry will be visiting the Coast on at least two occasions during the season and hopefully more during the off-season and I think this is great news and another huge step forward in the club’s development."

But when he was asked in a UK radio interview about heading Down Under, Redknapp replied: "No, no, I won’t be going. It’s a long way. Thirty-odd hours on a plane. I came home the other week and it took me a week to recover. It’s a long way but it’s a fantastic country when you get there."

Redknapp, who had been in Sydney in March as Jordan coach when they lost 5-1 to Australia in a World Cup qualifying match, famously and mistakenly referred to the club in the interview as the "South Coast Mariners".

His less-involved role at the club appears to have coincided with the departure in early November of Peter Storrie as executive vice-chairman of the Mariners after his two-year contract was up.

Fellow UK football figure Storrie has a long association with Redknapp and is described as his "advisor".

Asked if Redknapp was still involved with the Mariners, the club's CEO, Shaun Mielekamp, told The World Game: "We've still been in contact with Harry, it's just not as formal as it was previously.

"We've put a couple of calls in to him, he's still watching our games and as we get into the January transfer window and eventually into the next off-season we'll continue to keep in contact and see how it goes from there.

"If we think there's an opportunity for recruitment that Harry could help with, we'll reach out to each other.

"The owner and myself have had communication with Harry, but the involvement is not as frequent as previously.

"If something came up for us over in the UK he would be one of the first people we would call, but there are no arrangements for him to come out at this stage, no."

Mielekamp said the Mariners may look for another player as an injury replacement for Jake Adelson during the January transfer window.