Uncapped Australia call-up Milos Degenek is planning to become “a key player” for the Socceroos in the years ahead as he eyes the “boyhood dream” of facing England in this month’s dream duel. 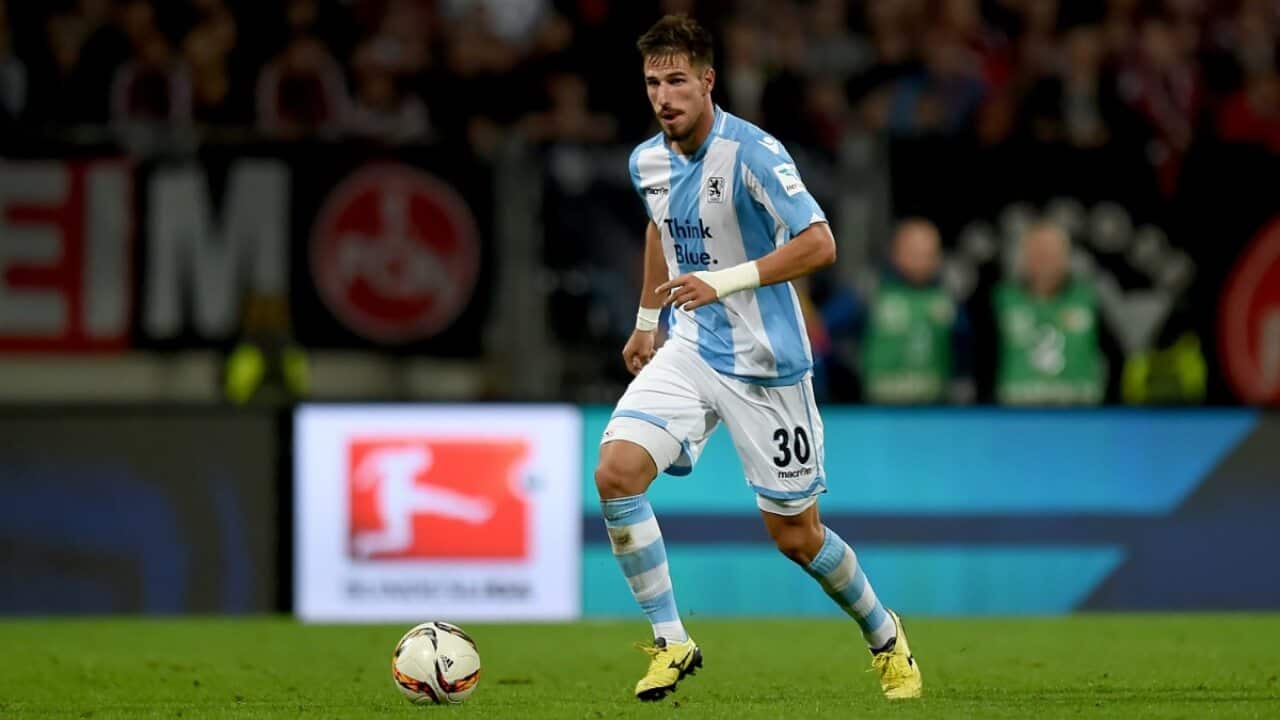 The 22-year-old 1860 Munich defender has been knocking on the door for some time and with the triumvirate of Trent Sainsbury, Matthew Spiranovic and Ryan McGowan all unavailable due to the game not being on a designated FIFA friendly date, Degenek has jumped into the frame for a debut on 28 May (AEST) at Sunderland’s Stadium of Light.

It’s not an opportunity the ex-Joeys skipper and Olyroo is likley to spurn as he thinks big about his national team future.

“If I can do well it can be a huge step for my in my career," said Degenek, who was born in Croatia but relocated with his family to Sydney aged eight.

Advertisement
“I believe I could become a key player and hopefully one that gets called into every camp. It's a chance also for Ange (Postecoglou) to see where I am at and if I can help the Socceroos in any way."

He has played at centre-back, right-back, left-back and centre midfield this season for his German club, amassing a total of 28 appearances as they just avoided the drop to the third tier.

He admits to being ever hopeful of a call-up, but the announcement of his name in the squad to face the star-laden Three Lions came as a shock.

“I thought I was on the radar it did surprise me to be honest,” he said.

“It's a huge game against England. To be involved is a childhood dream that has come true.

“When I lived in Australia I watched the Premier League every day and thought what it would be like to play against some of those guys, and now I have the chance be part of a very good Australian team which has some players in Germany's top leagues and also some very good up and coming players.

“Facing England is not something in afraid of … they have two feet like we do and it’s not about who's got a bigger name or a bigger bank account. It’s about who wants it more on the night.

"I am so thankful for being given the chance.  I have filled a few positions but probably stopper is my favourite.
“I just want to go into camp now and show what I am about.”

While 1860 Munich battled for survival all season, Degenek, who has a year to run on his deal, showed his quality and calibre throughout a fraught campaign.

“The club season was not the best for the team but for me personally to breakthrough and play 25 league games and three cup games in the second league in Germany is a great thing," he added.

“I am quite proud, if I can say that, to have come so far. I was part of the Australian under 23s and now to get this call up is fantastic for me.

"I know of a few of the Socceroos boys like Maty Ryan. Jamie Maclaren, Stefan Mauk, Brad smith and Jackson Irvine."

Degenek sees no reason why a Socceroos squad shorn of some of its top names can’t repeat the feat of 2003 when they upset England 3-1 in London.

“I am a positive person and if I said we’d lose I will never go into camp. I am person who believes in myself, the team and what the boss wants us to do.

“Maybe there will be a surprise on the night. England will be pumped up as they head into the Euros. It’s an important game for both teams.”