German-based defender Milos Degenek expressed surprise at reports linking him with selection for Australia's 2018 FIFA World Cup qualifiers this month – but said a call up would prove "that dreams do come true". 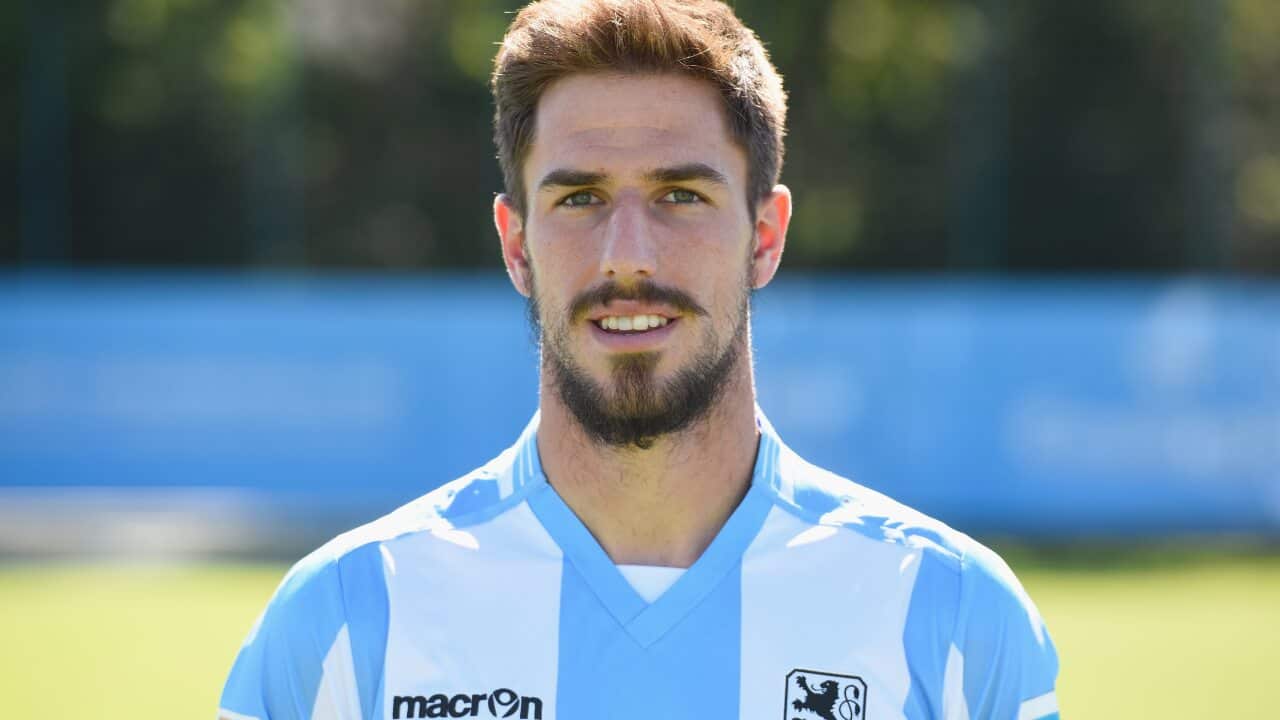 The 21 year old – a defensive midfielder for 2.Bundesliga battlers 1860 Munich but a centre-back for the Olyroos – has been touted as a likely shock inclusion in Ange Postecoglou's squad for the games against Tajikistan on 24 March and Jordan on 29 March.

Advertisement
With Postecoglou set to unveil his squad on Tuesday, the Sydney-raised dual nationality utility, who has represented both Australia and Serbia at youth level, said: “I am up for a challenge. If they call me at midnight  I will fly over. It doesn’t matter what. I would be there.

“I have heard nothing official at all but I dream about getting that one call or that message one day and if eventually it does happen it will prove that dreams do come true.

“If you can break through for your country it lifts you up at club level also, and people look at you differently.

“If I got a call I’d be thankful to everybody and I would be so proud, it would be a special feeling.

“It would be great to be involved with the Socceroos and live those moments.”

Confident playing out from the back and composed on the ball, Degenek has played 22 games in all competitions for 1860 Munich this season, after joining the cub from Stuttgart where a serious Achilles injury curtailed his hopes of a breakthrough.

The AIS graduate believes in his own ability and could give the Socceroos another outlet playing out of defence.

“I can play with both feet, and I am good in the air also. I think I have a good all-round game," he said.

“I am also quite quick and I am comfortable as both stopper and in defensive midfield.”

With 1860 coach Benno Mohlmann bringing in experienced reinforcements in January to help stave off a drop to the third tier, Degenek has only featured off the bench fleetingly in the past eight games.

But he has no complaints after a breakout season.

“I’ve had a good season, especially from being out the best part of two years through injury and coming here at 21 and playing so many games so far and being in the Olyroos. It's been a fun time," he said.

“Right now the club has signed some more experienced players. We were second last and the coach has made some changes and has told me I will continue playing and will get my chance again, but for now he wants some extra experience in my position.

“I am fit and healthy and can’t really complain because before the season started if someone told me I would make so many appearances in the second league in Germany I would have signed up for that straight away.

“I would have thought to myself ‘no chance’. Now I have done it, I just want more.

"But I have to be realistic also. I need to be patient and I know I will soon be playing again in the first team.”

"We are fourth bottom now, and have three wins in row and we are all staying positive about staying up.”