So it’s Derby Day – the best kind, anyway. Call the A-League out for many things, but the Sydney derby is the biggest and most prestigious of all the derbies we’ve ever had in Australian football, dating right back to day dot. 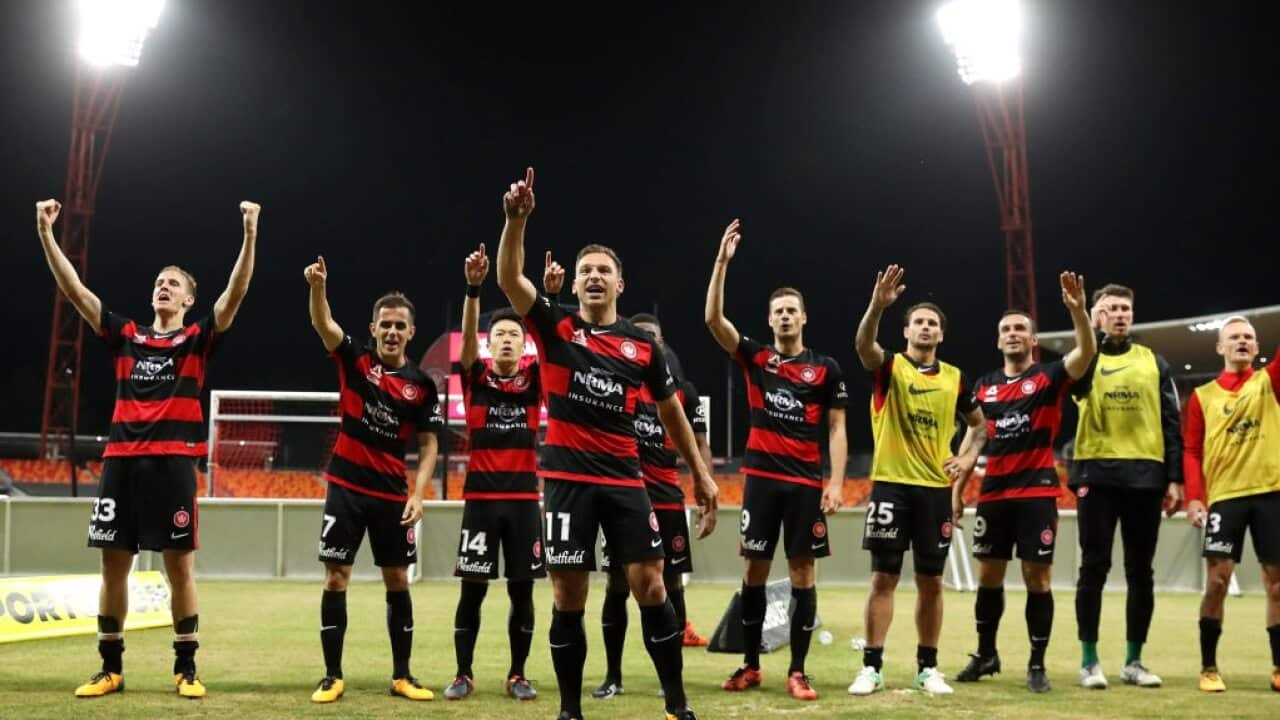 Still, it’s fair to say this hasn’t had the hype of previous ones, which is probably true of the entire league this season. The FFA knows it, the clubs know it. Sydney FC have even moved to beef up last-minute marketing for this game alone.

For the first time since Allianz Stadium’s first derby, there’s a chance this won’t hit capacity. It’s been five years since this has happened. Let’s hope the streak goes for a while longer, or the tabloids will ask questions of a sport that is already fielding too many. Fingers crossed.

But this game is far more about the Western Sydney Wanderers than it is about Sydney FC. Today is where the Wanderers must make a real statement in the post-Tony Popovic era.

Advertisement
As far as the club has been concerned, the need to put on a brave face has been paramount as their most important figure walked out at the start of the season.

Only under pressure – the pressure of an away derby – will we find out where the club is really at.

First things first. Let’s talk about the coach. Hayden Foxe wants the top job. Let’s put that immediately out there. He’s ambitious and he’s warmed very quickly to the idea about this being his maiden coaching job.

It is a truism in life but particularly in sport: you don’t choose your time, your time chooses you. In an ideal world, Foxe would be groomed over several years by Popovic and a handover deal could have been forged. That’s not how it’s worked out, but Foxe – day-by-day – is grasping the enormity of the moment. Is it his time? Perhaps.

A win in the derby would do wonders for the ex-Socceroos defender's stocks. He’ll be two wins from three games and buzz around the bluey will be hard to contain. The fans’ skepticism will be replaced by a belief that not only is Foxe capable of continuing the Popovic mantra but that he’s a fine coach in his own right.

While a loss won’t harm Foxe’s reputation much, it will probably maintain the status quo, which is that the club is actively seeking an outside appointment. A win would redefine the terms of engagement and put Foxe on a footing equal to – or at least mentioned in the same breath as – any prospective candidate.

As a club, the evening is important in terms of performance in this very fixture. Yes, we all know the Wanderers broke Sydney’s unbeaten streak last year, the only team to knock them off all season. But it was at ANZ Stadium and that night felt less like a regular derby and more like a glamour friendly. The Wanderers, put simply, handled the occasion better.

But take that one-off showpiece out of recent derby history and you’ll run out of sky blue ink.

In the three years between the Wanderers’ last two derby wins, Sydney FC have won a staggering six from eight matches, with two draws.

The Wanderers haven’t won at Allianz Stadium – where they sensationally won their first two derbies – since October 2013. For a club of such extraordinary over-achievement, to take just two points from their past five Moore Park derbies is a woeful return.

Finally, the Wanderers need to make a statement after what happened last week. They came up against a Mariners side smashed 5-1 on the opening day by Newcastle. Granted, Paul Okon’s men had to lift after that display, but on their home deck, the Wanderers let slip an extra two points.

It’s too easy to point the finger at Spotless Stadium, the Wanderers’ temporary home. It’s not Parramatta but it’s not Pluto, either. Good teams should always get the job done.

Which brings us to the derby tonight.

With two wins from two already, Sydney FC are off to another flier. The question is whether their western cousins can keep up the pace.