Atletico Madrid coach Diego Simeone has made a €40 million ($63m) bid to sign his son Giovanni Simeone from Fiorentina, according to reports. 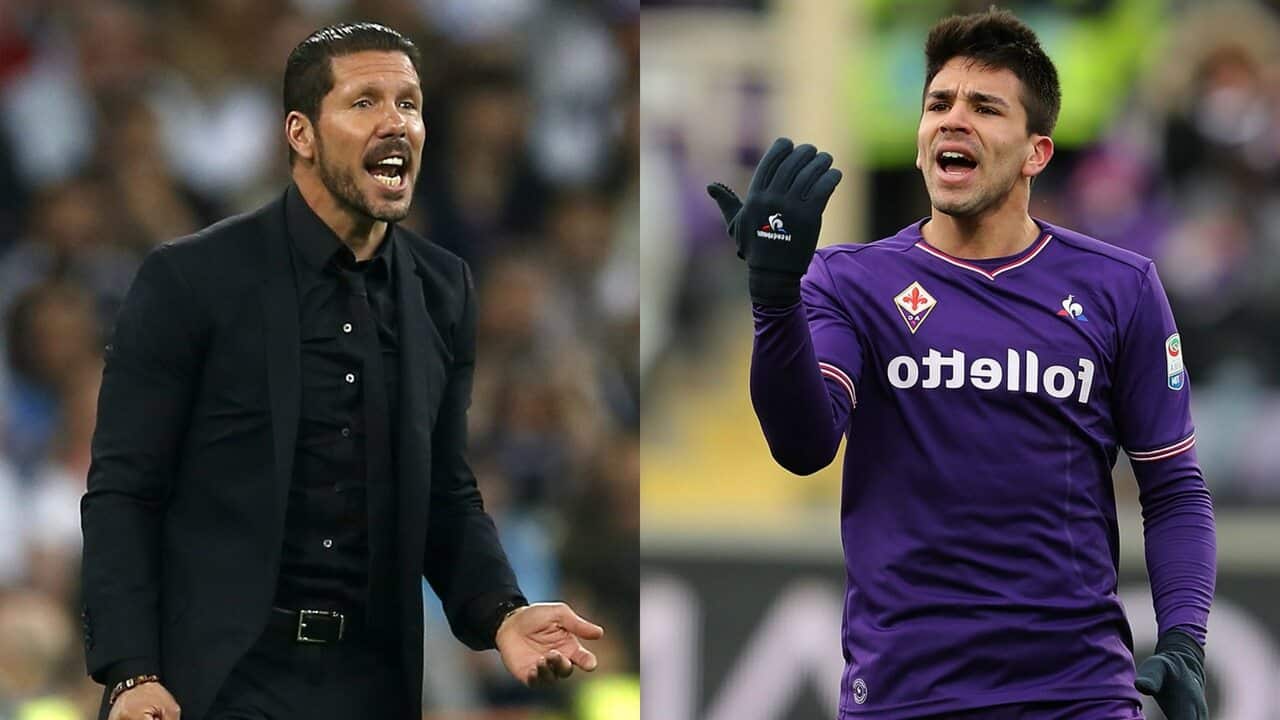 Simeone junior had an impressive season with Fiorentina, prompting Atletico to make a move for the striker under the direction of his father Diego, according to TyC Sports in Argentina and the Corriere dello Sport in Italy.

Fiorentina have already turned down the sizeable €40 million offer, claim the reports.

With Atletico having already splashed out €90 million on Thomas Lemar and Rodri Hernandez, it seems unlikely they will raise their offer for the 23-year-old.

Advertisement
The 23-year-old scored an admirable 14 Serie A goals last season, including a stunning hat-trick in a 3-0 win against Napoli.

The River Plate product has only had one other season in Europe - also in Serie A with Genoa for 2016-17 - which yielded 12 league goals.