Sydney FC star Milos Dimitrijevic said he doesn't listen to critics of the team's style of play and that whatever game plan coach Graham Arnold comes up with for the latest "Big Blue" it will be designed to win the match. 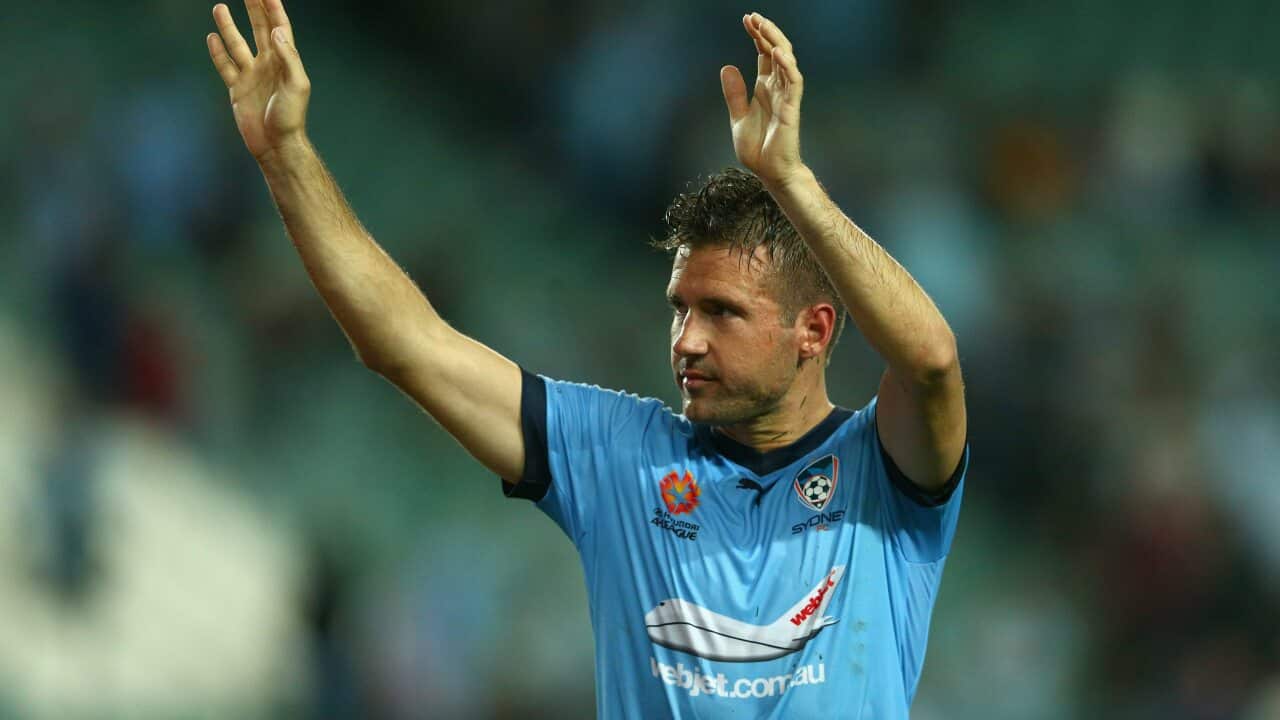 The Sky Blues should be used to suggestions that they are too conservative, but the criticism intensified after they sat very deep and looked to hit on the counter-attack in their 2-1 derby win over Western Sydney Wanderers.

Still, Dimitrijevic doesn't care about the negative responses, saying there is beauty in every win and that Sydney had a variety of approaches to choose from going in to matches. He said Sydney may play a lot differently against Melbourne Victory at Etihad Stadium on Australia Day.

Asked if he thought the criticism of his team in the wake of the Sydney derby was unfair, Dimitrijevic replied: "Oh, honestly, I didn't follow the comments after the game.

Advertisement
"We had a few days off after the game and we were just very happy to take the very important three points and, you know, we are here to follow the coaching instructions and at the end if we get the win we're looking forward to the next game."

Dimitrijevic said he was always happy if following the game plan led to a win.

"Yeah, of course. Like I said, we follow the instructions and we take the three points and we're all happy. We've already moved on from the last game and we're looking forward to the next game and the next three points to try to win.

"We have a number of different playing styles that we can use. We have a very good team and very good players. Every game we play is different, every team we play has a different style, so you need to have a particular game plan if you want to win.

"We may play a lot differently against Victory, if that's what is needed. We'll speak more about the game as we get closer to the end of the preparation. We'll be ready."

Dimitrijevic made his debut for Sydney in the Australia Day clash with Victory at Etihad Stadium two years ago. Sydney won by an equal-record Big Blue score of 5-0. Victory won by the same score in just the second of the 36 clashes between the two teams, back in 2005.

"I wasn't going to start, but just before the game Pedg Bojic hurt his back and he told the coach he wasn't ready to start, so I started this game. It was a great game for me and for us and it's a very good memory."

But Sydney haven't won a Big Blue since. The last seven clashes have resulted in three Victory wins - including a 3-0 result in last season's grand final - and four draws. Victory have won the last two clashes and are trying to become the first of either club to win three Big Blues in a row.

Dimitrijevic said Sydney were naturally keen to break the trend, but that they wouldn't unsettle themselves in the lead-up by thinking it was a must-win game.

"It's different to the grand final or another stage of the playoffs, it's not the end if you lose. It's a normal game and you have the three points to win and that's it, so you prepare like you normally do."

Dimitrijevic said the Sydney players had not lost the belief they could beat Victory.

"We'll play how we like to play. I think we all have our quality and we'll have the coach's instructions, the game plan, and in the end we'll fight  for the three points with our ability and our belief in each other and the team."