Michael Schär (AG2R-Citroen) and Letizia Borghesi (Aromitalia-Basso Bikes-Vaiano) were both disqualified from the Tour of Flanders under the new anti-littering provisions brought in by the UCI on April 1, but have responded to the rulings on social media. 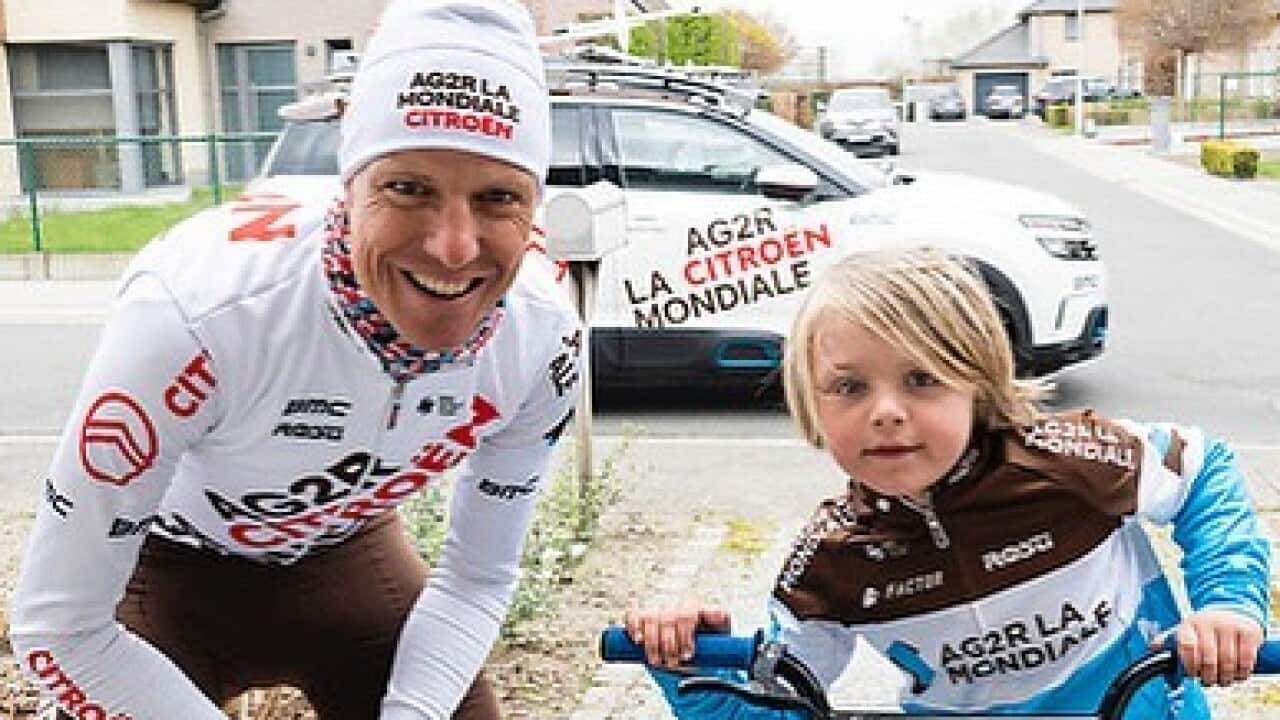 Michael Schar of AG2R-Citroen objected to being disqualified for throwing a bidon to a spectator during the Tour of Flanders. Source: Instagram

Schär was in a bad way at the Tour of Flanders, off the back of the peloton following a second mechanical, Schär was shown tossing a bidon on the ground to the side of the road with a spectator motioning for the bottle to be thrown to him.

After making his way back into the peloton, he was told by the race commissaires of his disqualification and was instructed to stop riding.

The sanctions are part of updated UCI rules in regards to littering, with the governing body announcing earlier this year riders could be fined, docked ranking points and penalised time if they throw objects such as bidons and waste in a careless or dangerous manner or outside of new litter zones.

The new rules mean riders can only drop litter at specific points during races, or hand it to team officials directly.

Schär's disqualification particularly rankled because it goes against the time-honoured tradition of bidons being scooped as prize souvenirs, a fact the Swiss rider recalled of his own childhood.

The Instagram post which recalls his trip to the 1997 Tour de France, begins with “Dear UCI: WHY KIDS START CYCLING” and has drawn thousands of comments in support, currently sitting at over 54,000 likes.

“I was endlessly impressed by the speed and ease these riders could ride their bikes. I wanted nothing else in my life anymore than becoming a pro cyclist myself. From this moment on I was driven by a dream,” said Schar in theInstagram post.

“On top of that impression I received a bottle from a Pro. This little plastic piece made my cycling addiction complete. Back home that bottle was reminding me everyday of what my dream was. I rode my yellow Team Polti bottle everyday in full pride. Everyday."

The earnest application of the rules extended to the women's race as well, with Borghesi pulled from the race and fined following her discarding a bottle outside a designated rubbish zone.

"Yesterday at the Tour of Flanders I was disqualified for having thrown a water bottle outside the permitted areas, due to the new UCI rules that came into effect just yesterday…" Borghesi wrote in a post on Instagram on Monday.

"I made a mistake and I'm very sorry for what happened, but in the end of a tough race like this (I was around 30th position), when you're at 110 per cent and you're pulling out all the energy you have left, you don't think so clearly anymore. The new rules had been explained to me well, but the gesture I made, since until March 31 it was the norm for us cyclists, came to me automatically."

Borghesi also made the claim that the fine exceeded the money provided for the winner of the race, without saying how much the fine was.

The minimum prize money for first place, as stipulated by the UCI for a Women’s WorldTour one-day event, is €1,535 and the maximum sanction for a rider under the appropriate section of the UCI regulations (8.3 of the table under section 2.12.007) and should be a maximum of 500 Swiss Francs (€452).

"I also think, however, that the disqualification is an excessive punishment and even more so the fine that was given to me since I would not earn that money even if I won the Flanders," said Borghesi. "For this unconscious gesture they really made me feel like a 'criminal' and I think that much more serious things happen than this to be punished."

Andre Greipel (Israel Start-Up Nation) was one of the high-profile riders to object to the UCI's new rules, stating 'It is getting ridiculous, rules are rules but these things have to be changed'.

Schär and Borghesi were not the only disqualifications from this year's Tour of Flanders, with Otto Vergaerde (Alpecin-Fenix) and Yevgeniy Fedorov (Astana) kicked out following an altercation early in the race in which elbows and angry words were exchanged.