Adelaide United star Bruce Djite said his team must approach their potential banana-skin game against Newcastle Jets like they were going up against a "wounded animal" that is desperate to restore pride after being belted in the previous round. 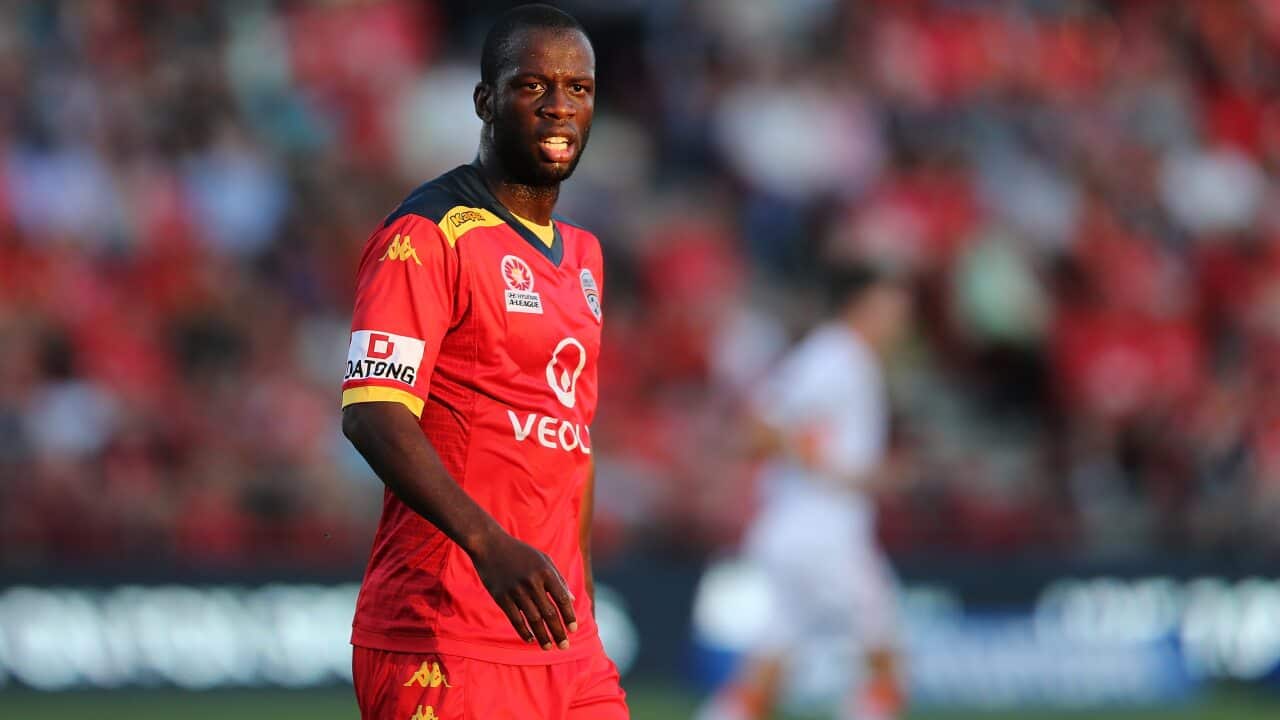 Jets are coming off a 6-1 loss at home against Perth Glory and are without suspended captain and central defender Nigel Boogaard.

Advertisement
Adelaide have ghosted past the Jets on the A-League table during this period. United are in sixth place - seven points ahead of ninth-placed Newcastle.

But Djite said none of that would mean anything if Adelaide go into Sunday's game at Coopers Stadium thinking Newcastle aren't going to be all that difficult an opponent.

"We concentrate on ourselves first and foremost, that's what we've always done," Djite said.

"But it's important to be wary that you're coming up against a wounded animal, a team whose pride was dented a week earlier and who's coming out to represent themselves, their coaching staff, the badge, the club and the fans and that all those stake-holders are demanding a response.

"So you've got to be very aware of the environment the opposition is confronted with on Sunday afternoon.

"Like you said, banana-skin game, and it's these sort of points which, if you drop them, can really end up hurting you when you look at the table at the end of the season.

"So it's crucially important we keep doing what we've been doing and don't take them lightly at all. In fact, we've got to take even more seriously than what we did Brisbane away from home in our last game and they were the league ladders at the time."

Asked if the need for added caution going into this game had been addressed at training during the week, Djite replied: "First and foremost we rely on everyone to take the right attitude and I'm sure everyone's going to do that, but the coach has touched on it at training.

"It's important to ensure that we approach the game in the right frame of mind."

Adelaide's tremendous run over the last couple of months has followed on from an opening period in which they lost five and drew three of their first eight games.

"The morale is high, but we're a very level-headed unit," he said. "We didn't feel like the sky was falling in when we weren't winning and we're not feeling like we've got everything covered now.

"We've done OK the last couple of months, but there's still a lot of work to do so we're not getting too excited."

Djite said Adelaide's 4-1 win over Brisbane meant that if they were still flying under the radar before that they were definitely out from under it now.

"You go and beat Brisbane 4-1 away from home and I think the clubs, the coaches and the players all around the league start to recognise us a bit more and concede that we're a more dangerous team than we might have been considered a couple of months ago," he said.

"But it will get harder from now on, so it's important to keep the feet on the ground and keep working hard and try not just to replicate what we've been doing the last few months, but improve on it."