Donnarumma attacked from all sides after refusing contract

Gianluigi Donnarumma has gone from hero to villan in a very short time at A.C. Milan. 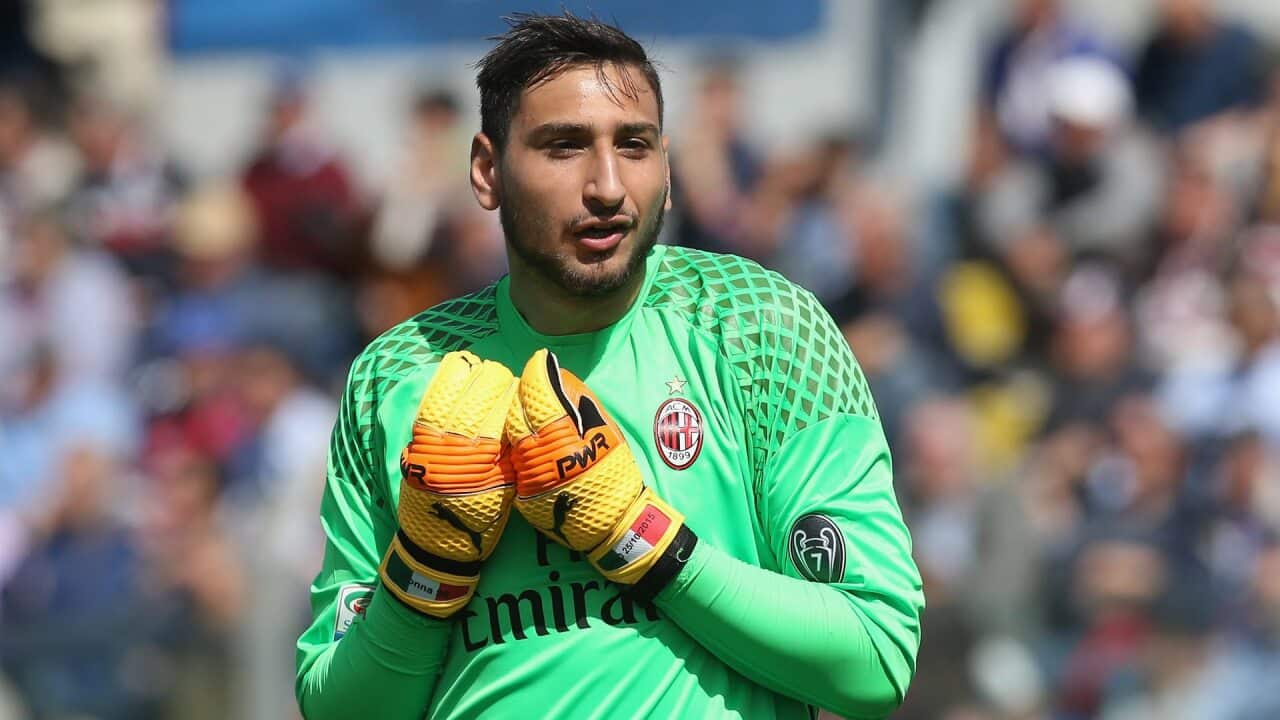 The 18-year-old goalkeeper made his debut at 16 for the Italian giants and has already racked up 68 appearances for the Rossoneri between the posts.

He spent the majority of that time beloved by fans for his accomplishment at such a young age, with many thinking that youngster from southern Italy would grow to become the club's answer to Gianluigi Buffon.

Donnarumma has lived up to those expectations in many ways, on the pitch he has been superb, reeling off a series of dramatic stops and earning a call-up to the Italian national squad, for whom he debuted for at the age of 17.

Arrigo Sacchi, who was the coach of the back-to-back European Cup winning A.C. Milan sides of 1988 and 1989 was the most prominent of the critics.

“I used to respect Donnarumma as a lad and as a player, but I was stunned by the lack of gratitude towards Milan,” wrote Sacchi in La Gazzetta dello Sport.

“This decision makes me doubt not just his personal integrity, but also what his future career will hold.

“I want to remind him of all those who put money before all else, for example Kaka and Shevchenko, who left Milan for Real Madrid and Chelsea only to later bitterly regret it.”

Massimiliano Mirabelli, A.C. Milan director, went into some detail about what had been on the table throughout the ultimately unsuccessful negotiations.

“We wanted to make him a symbol of Milan for our fans and Gigio (Donnarumma) had everything required to fill that role,” director of sport Mirabelli told the Corriere dello Sport.

“He would’ve had the captain’s armband and, frankly, it was an enormous offer, considering his young age and Milan’s situation: €25m net over five years means €50m gross for the club.

“We are upset, naturally, just as our fans are. And I say that with the utmost respect for Gigio and Raiola: everyone is free to make whatever decision they deem right.

“Now we are looking for a goalkeeper worthy of Milan. Whoever plays for Milan must realise what this jersey means.”

The fans lined up to lay into the young goalkeeper, with Milan twitter going into overdrive after it was announced that Donnarumma wouldn't be re-signing.

Former A.C. Milan goalkeepers also lined up to criticise the 18-year-old. Enrico Albertosi, who played for the club between 1974-80, took an interesting line - that Donnarumma wasn't that good.

“It’s crazy that an 18-year-old kid can turn down an important contract offered by a big club like Milan to go who knows where,” former goalkeeper Albertosi told ItaSportPress.

“He might not even be the first choice elsewhere, because he still hasn’t proved that he is a great goalkeeper. He’s done well at Milan, but also made some errors with worrying ups and downs.

“He betrayed Milan, turning his back on a great club that put its faith in him and launched him in Serie A at the age of 17. I think the lad should’ve made his will clear to his agent, because the athletes always make the final decision.

“As far as I can tell, it was Donnarumma’s desire to leave and he was 100 per cent wrong.”

Sebastiano Rossi, who layed for A.C. Milan between 1990-2002 delivered his slight to Donnarumma via Twitter, again in a slightly perplexing fashion.

The translation reads, "Donnarumma, I am giving you this signed shirt so you can have a feel of what it is like to keep a clean sheet for 929 minutes. I'm not sure you will be able to do it at Real Madrid."

Whilst Gianluigi Donnarumma has kept a public silence on the matter, his brother and fellow goalkeeper at Asteras Tripoli F.C, Antonio Donnarumma, fired back via an Instagram post.

The translation reads, "I turn to those people who have done nothing but insult Gigio and all of our family

Gigio has been a Milan fan since he was little, it was a dream for him to play in the Milan shirt.

He has always honoured that shirt and given his soul for it. He cried after every defeat.

Until yesterday you were all behind Gigio, now without knowing anything you are insulting our whole family, writing things that our family wouldn’t wish on our worst enemy.

Our family has been overjoyed and have wept along with all you fans. Milan has an incredible history, and nobody can ever question that.

For those who have written messages of support for Gigio, I want to tell you that you truly understand the kind of person Gigio is, anything he’s done, any phrase he’s said or written has been done out of love for Milan.

Above all, Gigio is a Milan fan like you, and anyone who insults him isn’t a Milan fan. You can fill this photo with insults now, but leave our family out of it.

They always taught us the real values of life."

The decision on what to do with the young star keeper is now to be made, with a number of clubs understood to be keen to welcome Donnarumma into the fold. Whether A.C. Milan will let him go is another matter, with the more vindictive suggesting that Donnarumma should sit on the bench for the entire season.