Kevin Muscat has the drive and presence to one day return to England this time as a coach, according to Melbourne Victory's one-time Middlesbrough skipper Rhys Williams. 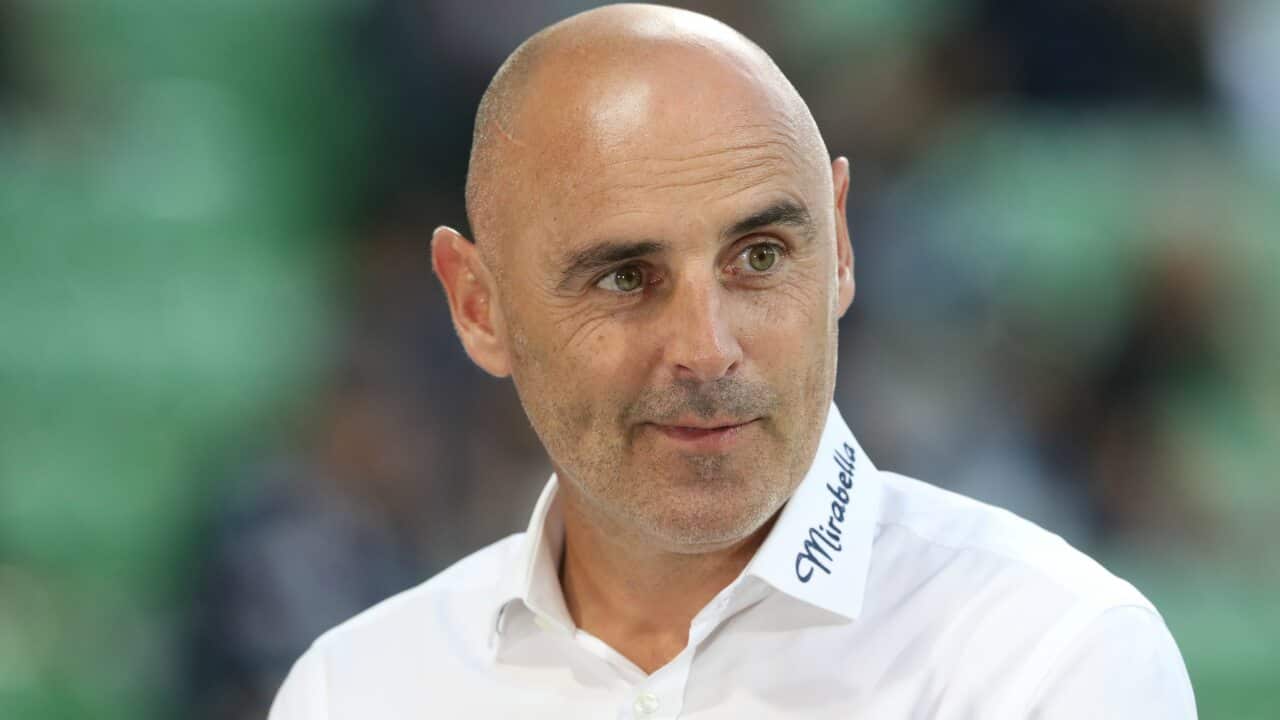 The Victory mentor, who earlier this month was linked with J-League side Urawa Red Diamonds, is still remembered as one of the hard men of British football at Rangers, Crystal Palace, Wolverhampton Wanderers and Millwall.

Muscat, 44, is now climbing the rungs as a coach with the 2014-15 premiership-championship double already in his resume, and a preliminary A-League final looming against Sydney FC on Saturday night at Allianz Stadium.

He was also considered a Rangers coaching target 14 months ago - further proof he is getting noticed in high places.

Williams, who has thrived under Muscat in a 32-game season - off the back of his move from Perth Glory - was glowing in his assessment.

And after a decade with Middlesbrough prior to his exit two seasons back, the 29-year-old defender knows the qualities needed by coaches in the fever-pitch environment of the English Championship.

"It's been amazing for me here ... I keep going on about this word driven and that's what Kevin Muscat is all about as a coach," Williams said.

"He's driving me on as a player, and in leading our club to trophies in recent years, he's proved he's able to get the best out of all of us.

"He's a winner as a coach and a player, and he knows exactly what he wants out of his team.

"I've really appreciated what he's done for me this season and I'm sure he can go on to bigger things, whether that's in England or wherever it might be.

"He's already well known in the UK and has a good reputation as a player and a coach. That always helps when, and if, you're looking for jobs.

"The thing with him is that non-stop drive and desire."

Williams was courted by both Muscat and Sydney FC coach Graham Arnold before opting for Victory - a decision he said was based on the stature of the Navy Blues.

"I met both managers in person and while both were great what swayed it for Victory was the size of the club, to be honest," he said.

"Just the way Victory work - the fan base, the stadium - it seemed like the full package.

"Sydney have been more successful on the field of late but I see Victory as the bigger club."

Whilst history dictates that Sydney are likely to make it eight wins on the bounce in the latest Big Blue, Williams begs to differ as the perennials gear for a repeat of last season's A-League decider.

"Everybody expects us to roll over but that last two games against them we've pushed them to the edge," said Williams, who is looking to make a late charge for 2018 FIFA World Cup selection.

“Their clinical finishing was the difference. To be the best you have to beat the best, and they’ve won everything over the last two years.

"We've got the manager and the talent to turn things around, and I believe we'll do that on the day.

"They are the ones under pressure. They're the team everybody expects to win and we'll just go there and play without any fear.

"Out of the top six, we are the team they would least want to play. They will fear us more than anybody else in the league."