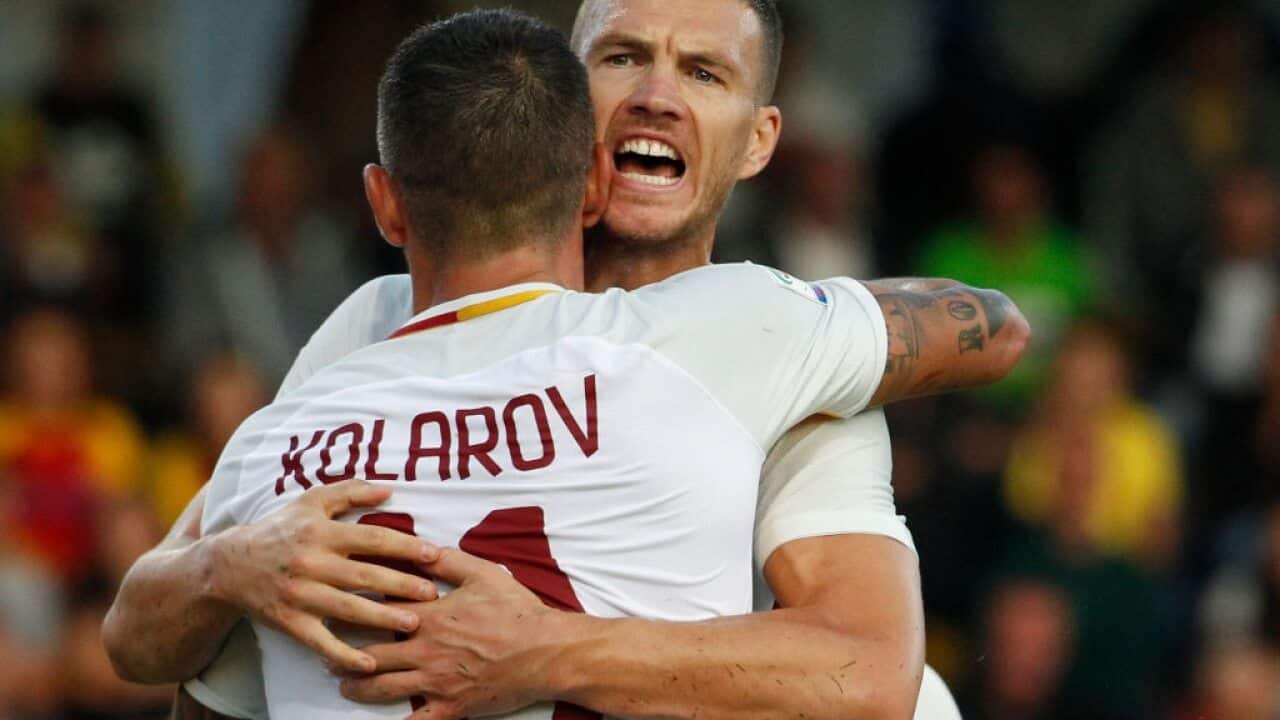 Dzeko scored twice, his presence led to two own goals, plus he hit both the post and crossbar.

Roma moved into fifth place, four points behind leader Inter Milan, with a game in hand.

Dzeko put Roma ahead with a tap-in midway through the first half following solid work on the flank and an accurate cross from Aleksandar Kolarov.

Advertisement
Dzeko hit the post at the half-hour mark, before being in position to redirect a cross from Bruno Peres when defender Fabio Lucioni knocked the ball into his own net.

Shortly after the break, Dzeko - who led Serie A with 29 goals last season - scored his fifth of the season with a shot from just outside the area.

In the 74th, a cross from Kolarov was turned into Benevento's net by defender Lorenzo Venuti with Dzeko again well positioned to score.

Dzeko then hit the crossbar.

Later, Juventus was looking to extend its perfect start when it hosted Fiorentina. Napoli, the only other team not to drop any points, was visiting Lazio.

Benevento, which is making its top-division debut, is the only team in the league without a point. It's been a difficult stretch for the southern club, which was routed 6-0 by regional rival Napoli on Sunday.