Ecstasy turns to agony for Conte during Italy goal celebration

Italy coach Antonio Conte was left with a bloodied nose and a headache as the Azzurri camp wildly celebrated their opening goal against Belgium at EURO 2016. 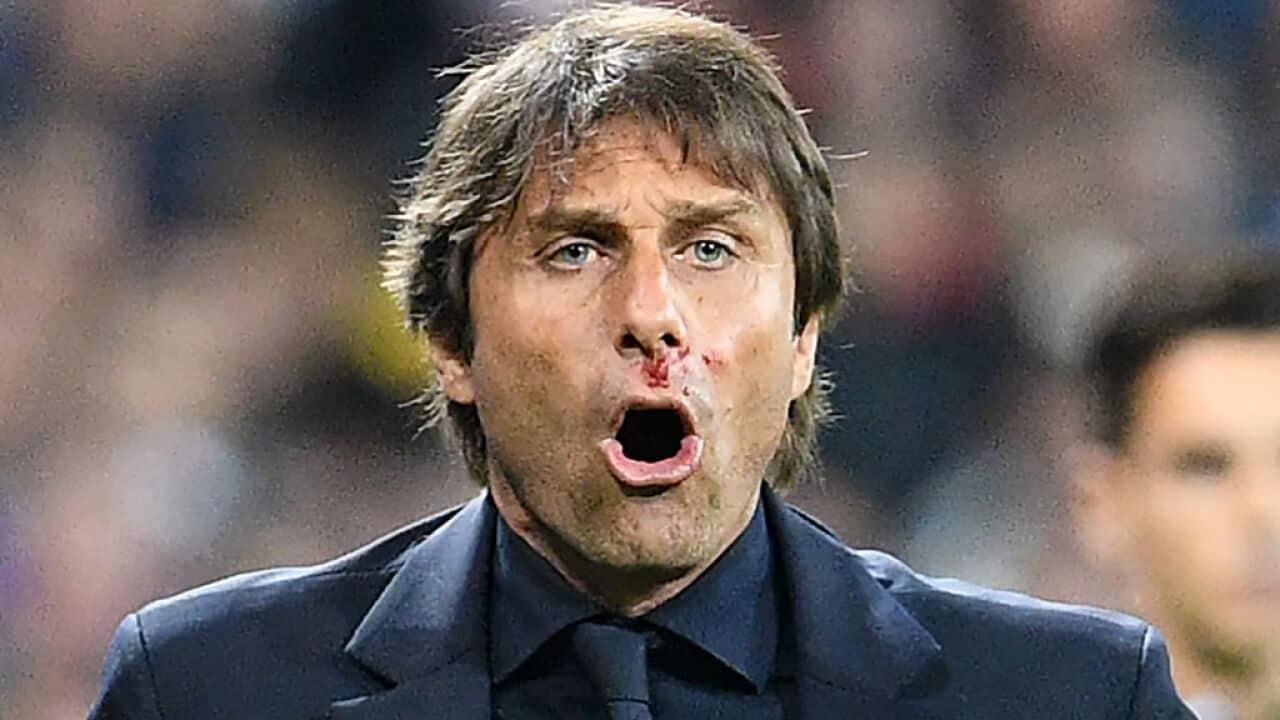 The Azzuri stunned Belgium by scoring first through Emanuele Giaccherini in the 32nd minute, sending their bench into raptures.

Advertisement
But the aggressive celebrations came at a cost for Chelsea-bound Conte, who was soon clutching at his face, as blood poured from his nose.

But with Italy now in a powerful position after a 2-0 win - that was sealed late on by Graziano Pelle's volley - at the top of Group E, after
Sweden's surprise draw with Ireland
, it must be said that this is one injury Conte will be happy to tolerate.

Italy meets Sweden in their next EURO 2016 outing on Friday night (AEST), with a win sealing Conte's men a place in the round of 16.