The theme of redemption is one that we all can't get enough of. And if ever there's a trophy sitting at the end of the redemption rainbow, the storyline warms the cockles of everyone's sporting heart. 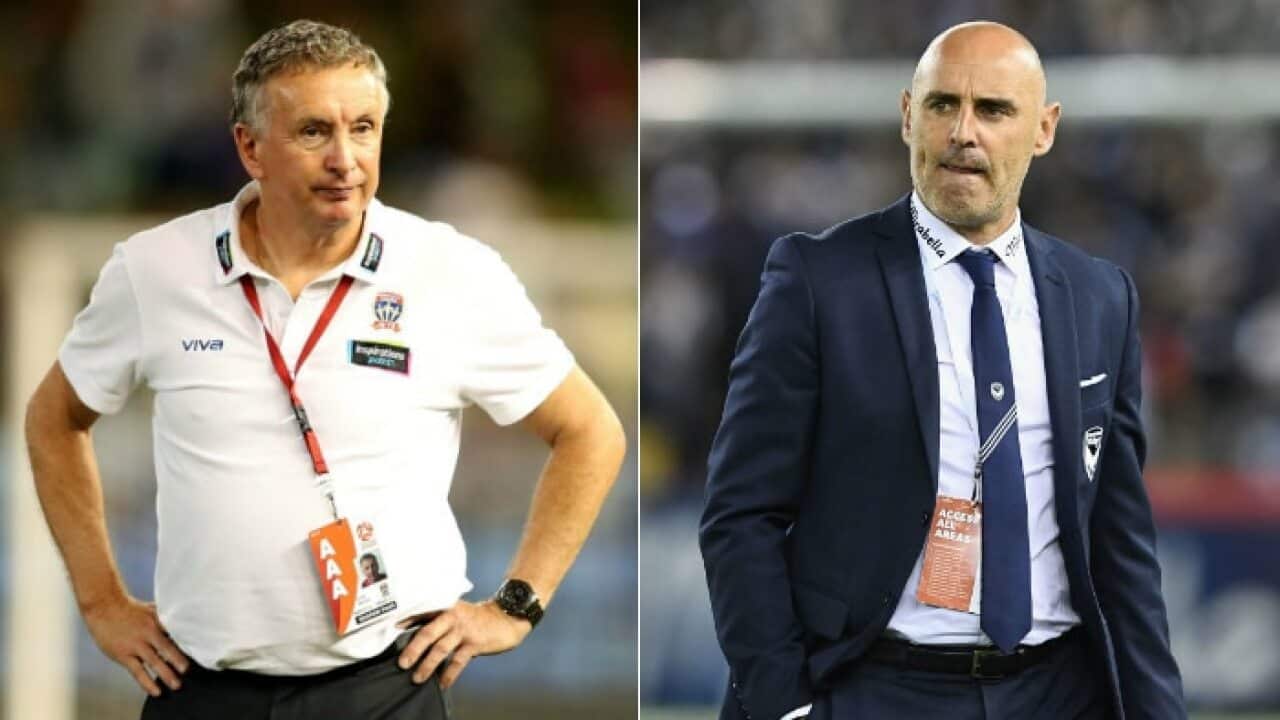 So it is as we head to Newcastle for the A-League grand final. Less than 12 months ago, Ernie Merrick seemed headed for the retirement paddock as he left Wellington Phoenix. Only three months ago, Kevin Muscat's time at Melbourne Victory seemed to have reached its final days.

Merrick was a surprise appointment at Newcastle; just as surprising as Lawrie McKinna coming in as CEO. But by the time the football public could see they were doing great things together on the Hunter, Muscat was still in the line of fire. He was booed in the 2-1 loss to Brisbane on February 10. He signed a new contract a month later. Six weeks later, he's in a grand final.

We in Australian football should know better than to be so quick to judge. Think of the turmoil all of our best coaches had to go through: Ange Postecoglou and the Joeys. Graham Arnold and the Olyroos. Tony Popovic going winless for the first 15 rounds of the 2014-15 A-League season.

Advertisement
Come to think of it, there isn't an A-League coach alive whose career hasn't had a big rough patch. But there's something unique about Merrick and Muscat meeting at this juncture in time, having famously combined as coach and captain for two championships at Victory nine and 11 years ago.

As young as the A-League is, it is starting to write more chapters in its own book. If redemption is one great theme, so too is master and the apprentice. That's Merrick and Muscat, to a tee.

In Merrick's perfect world, he would never have been sacked from Melbourne Victory, and always fostered a reservation that he was never given enough credit for his time in charge of the club. An awkwardness between himself and the fans set in during season one and, despite three grand finals, never quite ceded. And in the end, they got him.

Fan power very nearly got Muscat earlier this year, too. What Muscat is now going through is somewhat similar to Zinedine Zidane at Real Madrid, albeit on a vastly different scale. Neither gets any credit for their achievements - they tend to be thought of fortunate to be in charge of their former clubs. "Lucky" is the common explanation for their success.

And yet, there is an art to coaching that goes beyond being a tactician. Seduced though we may all be by the notion of playing the game "the right way", it is the art of managing a group of 23 young men - many with enlarged egos - over the course of 12 months that is the real test of a manager at a big club. By my calculations, both seem quite good at that.

It is nearly five years since Muscat took over at Victory and this is his third grand final. He's never missed the finals. You may not like his persona or his coaching style, but you must respect the record.

Two A-League championships would bring him level with Arnold and Postecoglou (who also won two NSL titles). It would also ensure, whether or not he stays at Victory long-term, that he might have another two decades in this game.

Which would still make him younger than Merrick is now, mind you. And in case you noticed an error - or omission - from the above paragraph, it is this: if Merrick wins the title, he will sit all alone as the first man to win three A-League championships as manager. Now let that sink in for a moment.

Merrick is older than Miron Bleiberg, John Kosmina and Branko Culina, all thought of as men from a bygone era. Instead of learning from them, we label them. Perhaps the Scotsman's extraordinary season will allow us to see the value in all coaches, young and old, big and small.

With so many coaches sent to the gallows at the end of the season - all four teams who didn't make the final sacked their mentors - it should be a lesson to them, and others, that one's destiny can change very quickly indeed. Just ask the two men ready to do battle on either side of the dugout tonight.