Spanish club Espanyol is facing the threat of sanctions after they were reported to Spain's anti-violence commission by the Liga Nacional de Futbol Profesional (LFP). 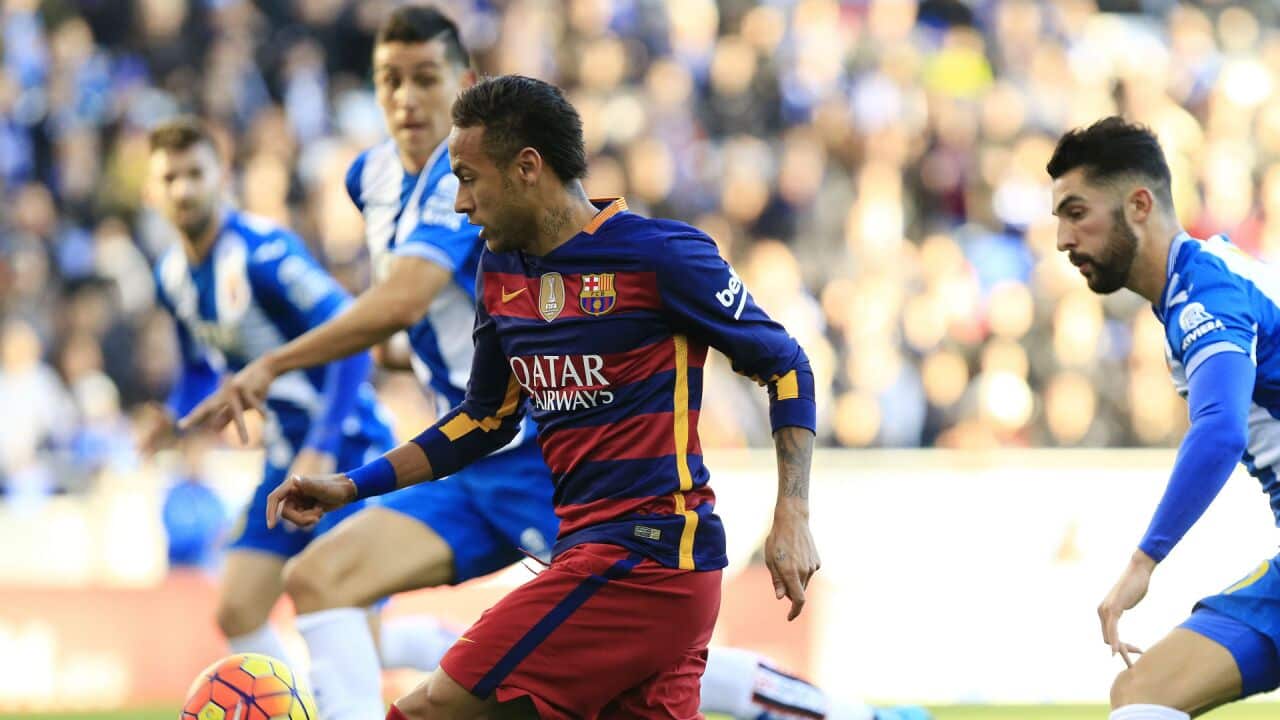 The LFP report suggests fans directed monkey chants at Barcelona's Brazilian superstar Neymar, after he was caught offside early in the match.

However, Neymar claimed in the match's aftermath that he didn't hear anything.

His Barcelona team mate Andres Iniesta insisted he heard racist abuse "in one corner, in the first half, from one supporter", which Espanyol president Joan Collet subsequently denied.

Advertisement
"I was there, just like 30,000 people and nothing happened," he told AS. "The whole thing blows up for one shout, but there was nothing generalised, it's a lie.

"It was a high-risk game and there weren't any incidents. The attitude of the fans was admirable. It was a game we can feel proud about and it makes us very excited about the future."

It is now down to the anti-violence commission to determine whether there was any racist chanting and if it deems there was, what sanctions to impose on Espanyol.

Penalties could range from a fine to temporary closure of Espanyol's Cornella-El Prat stadium.

The two sides drew nil-all on the weekend, but clashed again in midweek with Barcelona winning 4-1 thanks in part to a spectacular Neymar goal.