Euros bring back a case for defence

EURO 2016 was, in essence, a victory for cautious, reactive, counter-attacking football. 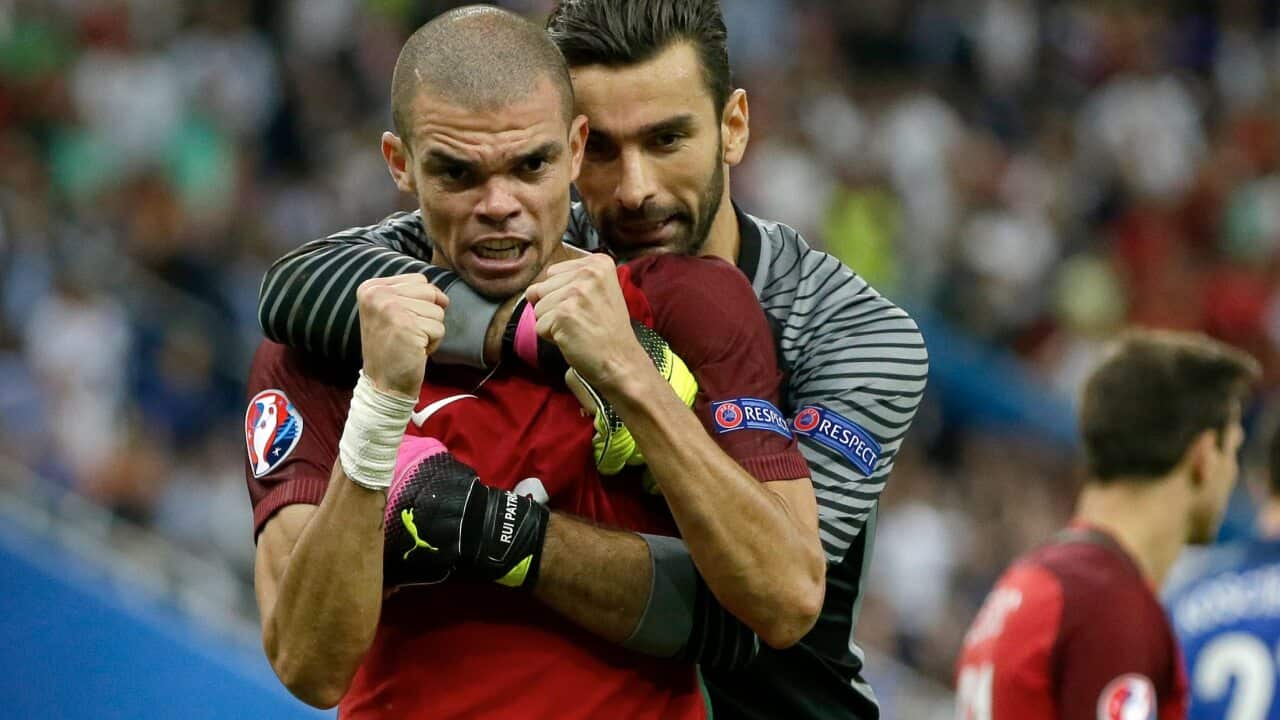 That is the conclusion one must draw if one wants to evaluate the tournament’s capacity to mirror the tactical status of the game in our time.

Of the purely attack-minded teams, like Spain, England, (the real) Croatia and Belgium, all went out before the semi finals. You can throw into that lot little Hungary and Switzerland.

Advertisement
Germany, who played the best football in the tournament, only got as far as the semis. Their conquerors, France, who only played true proactive football in passages, lost the final.

My many Portuguese friends won’t like me saying this, but their team had a most charmed tournament, starting with advancing from the group stage in third place.


Portugal only took part in one high quality game - the 3-3 draw with Hungary where their opponents forced them to attack by repeatedly going ahead. Croatia, when playing Portugal in the Round of 16, betrayed their own traditions by playing a dreary, defensive game, intent only to starve Cristiano Ronaldo of the ball.

This is not to say Portugal didn’t deserve their win. They won the trophy fair and square and within the bounds of the rules. And, goodness knows, their country waited long enough for this.

Portugal has had some fabulous teams down the years, going back to the days of Eusebio in the 1960s and should have won something. It’s just that this current team is not as good as any of its predecessors.

Portugal’s reliance on Ronaldo was telling. As the Croatia game showed, once he was starved of the ball he became invisible. But, given Portugal’s lack of attacking adventure, it was easy to starve him. Against Hungary he scored two fine goals. Why? Because the Hungarians kept scoring, forcing the Portuguese to be more adventurous.

That reliance on Ronaldo was broken in the final when he went off injured after barely 20 minutes. Having shed the tactical shackles, Portugal actually played better from that point.

Luck played a major part in the tournament’s outcome. Portugal could not possibly have won the trophy from third place in their group without it. Their goalkeeper, Rui Patricio, was for me the man of the match in the final.

On the reverse side lady luck failed the best team in the tournament, Germany. The Germans were so dominant in the semi-final against France it was almost outrageous. Yet they still lost 2-0, thanks to a brilliant Antoine Griezmann who, in turn, failed to function in the final.

Not one player stood out as having had a truly great European Championship. I would be hard pressed to pick a player of the tournament who actually deserved it.

But there was one big positive for Portugal - the arrival of the teenage Renato Sanches, a true star in the making. I hope Carlo Ancelotti will be as willing to use him at Bayern Munich as Fernando Santos was in France.

The dominance of reactive football at EURO 2016 was a first since Greece took the trophy in 2004. Now we are left to contemplate what this means. Is this the end of the all-passing, attacking game which has won so many major trophies for Barcelona, Spain and now Germany in the past eight years?

That depends on to what extent other teams will copy the Portugal model. I don’t believe they will. Portugal’s way of playing was neither new nor revolutionary. It was just conservative and lacking in adventure, something we have seen come and go many times before.

My money is still on Germany for the World Cup in two years time.