Everything you need to know about Brazil v Argentina tickets

A sell-out has been predicted for the blockbuster June 9 clash between Brazil and Argentina at the MCG. Here's everything you need to know about tickets. 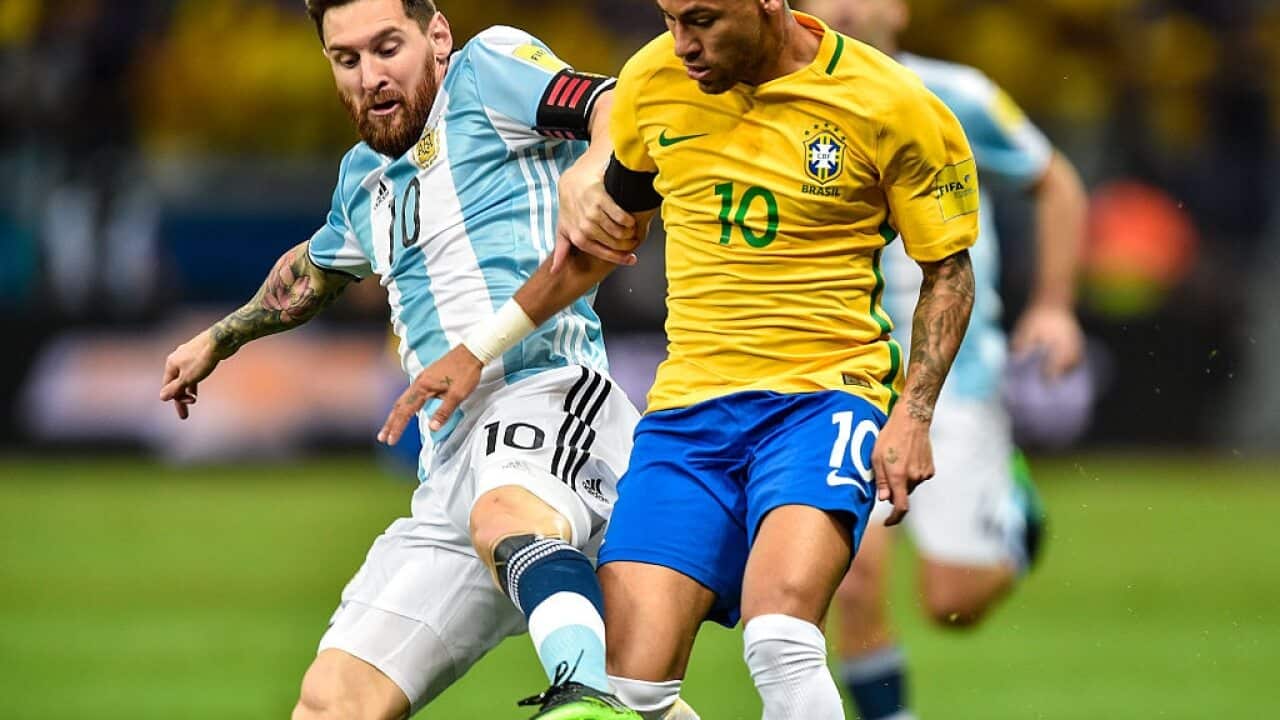 News of two of the greatest football nations on earth coming Down Under for a friendly match has not just football fans, but most sports fans in Australia giddy with excitement.

The prospect of superstars like Argentina's Lionel Messi and Brazil's Neymar, along with all their world-class team-mates, will no doubt test the 100,000 seat capacity MCG.

Advertisement
Brazil have no shortage of high-profile names either, with Neymar, Philippe Coutinho, Oscar and Dani Alves expected to draw thousands through the gates.

"We will have the best two teams clashing here at the MCG," he said.