Everything you need to know for the Manchester derby on SBS

Last season's derbies featured a goalless draw at Old Trafford and a 1-0 win for United at Etihad Stadium, but history means little with new managers and a host of new players for both sides. 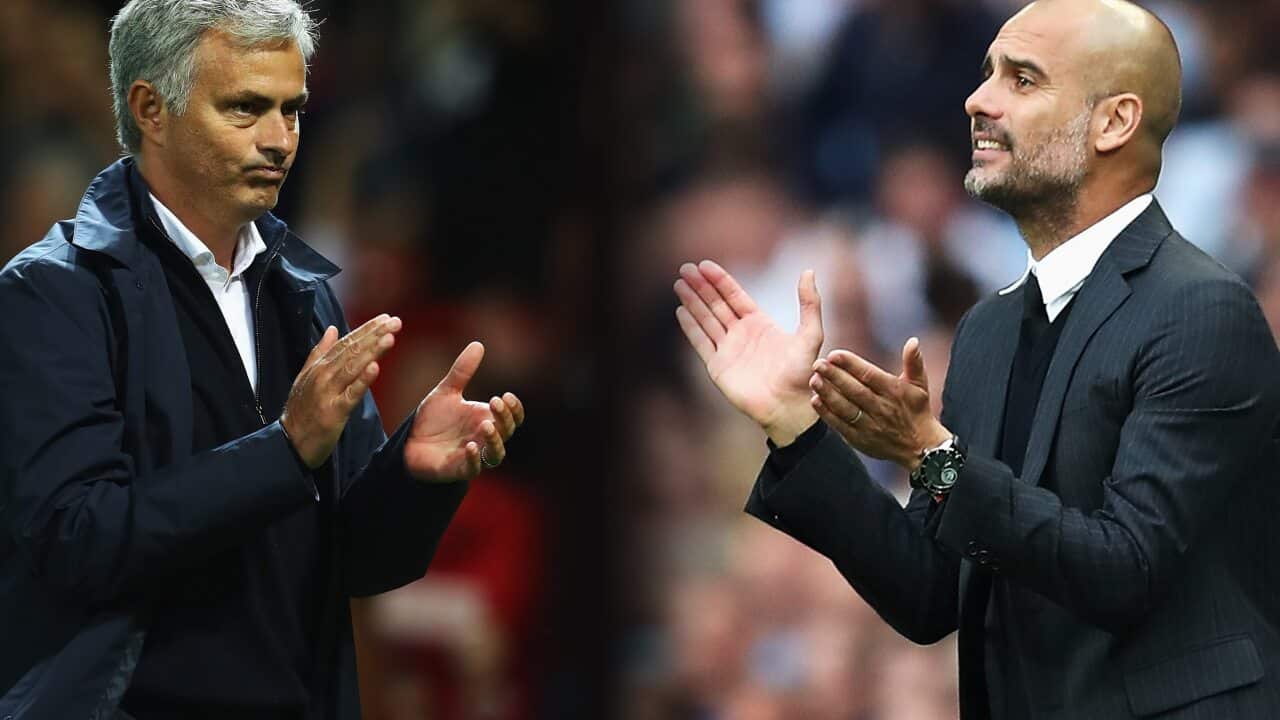 The Red Devils look to have done a quick transformation back into title contenders with the recruitment of Jose Mourinho and Zlatan Ibrahimovic, both of whom have thus far lived up to the hype.

They both also happen to dislike Pep Guardiola very much, and will rarely have such a juicy opportunity to get one over on the Spaniard.

Advertisement
Mourinho could face his sternest tactical test as United manager given the question marks over the availability of both his first-choice full-backs.

Luke Shaw and Antonio Valencia have enjoyed wonderful starts to the season but the England left-back was sent home early from national team duty as a precaution for a calf problem, while Valencia (though uninjured) will only return from Ecuador duty in South America 24 hours before Saturday's early kick-off - the match might come too soon for both men.

Henrikh Mikhitaryan is a certainty to miss out due to a thigh injury picked up on international duty with Armenia, but Belgian midfielder Marouane Fellaini, who is seemingly favoured by Mourinho, played 84 minutes of his nation's 2018 FIFA World Cup qualifier on Wednesday and appears fully recovered from a back injury sustained in United's last Premier League outing against Hull City.

Guardiola, like Mourinho, has enjoyed a perfect start to the season with maximum points from three games and, more importantly to him, has his team playing 'attractive' possession-based football.

But he will have to make do without star front man Sergio Aguero, scorer of six goals in four games for City this season.

The prolific Argentine is serving a three-match suspension after being judged to have elbowed West Ham defender Winston Reid on purpose in the last round of Premier League matches.

The good news is that Bacary Sagna has declared himself fit to play. The 33-year-old Frenchman missed the club's last two matches after picking up a hamstring injury last month, but hopes to be part of Guardiola's plans at Old Trafford.

Another hamstring with issues is that of $73 million signing Leroy Sane, but the winger and fellow injured new signing Ilkay Gundogan (neither of whom have played a minute yet for City) returned to light training before the international break and could be involved on the substitutes bench.

Captain Vincent Kompany, a long-term absentee after a thigh injury and subsequent surgery, has recently been back in training but is reportedly nowhere near ready for a competitive match.

Watch our LIVE and FREE broadcast of the Premier League match between Manchester United and Manchester City from 9:00pm (AEST) Saturday September 10 in HD on SBS.