Suwon Bluewings defender Matthew Jurman has been ruled out of Wednesday's AFC Champions League clash against former club Sydney FC after taking time to recover from a minor knee operation. 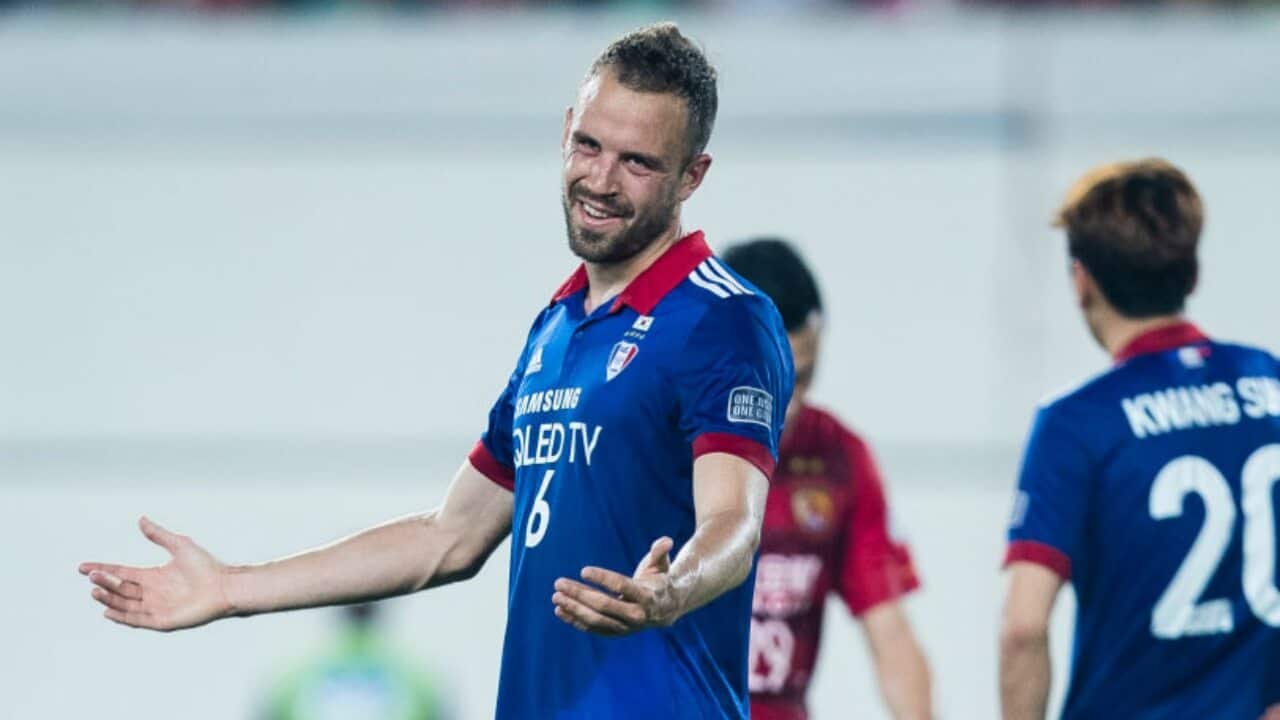 The Socceroo spent eight of his 10 A-League seasons with the Sky Blues and was disappointed after discovering he would not take part in Wednesday night's clash, alongside his Suwon teammates.

"It would have been a special night to play Sydney at my old ground, but it just didn’t work out that way," Jurman told The Daily Telegraph.

"It would have been a great experience to face up against those guys who I used to battle in training, but I’ll just have to look forward to the return game."

With Suwon's season set to start in March, and the 2018 FIFA World Cup soon after in June, the 28-year-old felt the time was right to find full health.

"I’ve had just a little clean-up really — there’s a lot at stake this year and we decided it was better to get it done in pre-season so I can concentrate fully on getting back quickly," Jurman said.

"I’m hoping I’ll be training again in a couple of weeks, and then it’s up to the medical staff as to when I’m good to play again but it won’t be long.

"I’ve been very grateful to the club for letting me have the surgery in Sydney, and the facilities we have at the Samsung Training Centre are amazing. I honestly haven’t seen anything like it in Australia.”

Shanghai Shenhua and Kashima Antlers round out the ACL group, but Jurman will no doubt look forward to when Sydney make the trip for the return group fixture on April 3.