Two of the A-League’s most accomplished right-backs, Melbourne Victory’s Jason Geria and Sydney FC’s Rhyan Grant, are set to turn down contract extensions with their respective clubs and chase moves to Europe. 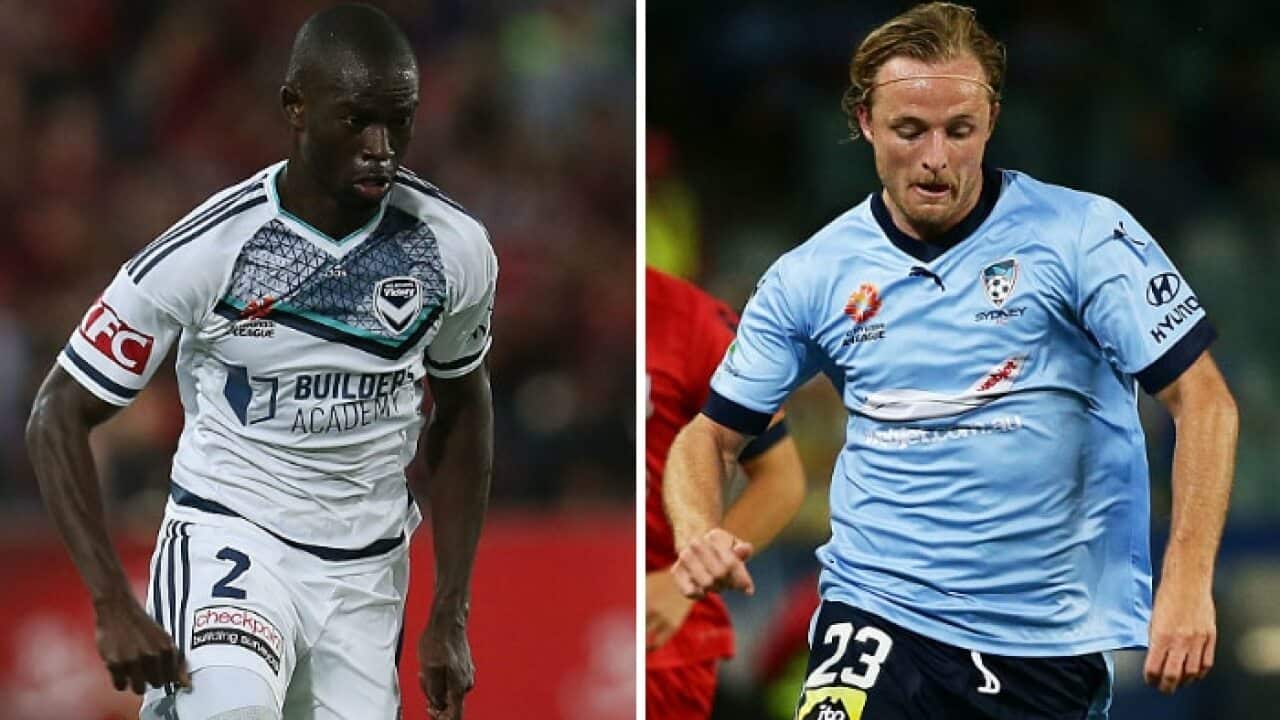 Jason Geria, left, and Rhyan Grant could be set for a move to Europe Source: Getty Images

The World Game has been informed that the pair have had their heads turned by offers from Europe, where the financial terms on offer are significantly greater than what they currently earn in the A-League.

Geria has already been set upon by a club from Germany’s Bundesliga, while a Scandinavian club is understood to be closing in on Grant’s signature. Both are out of contract at the end of the season.

However, clubs around the world are showing greater impatience when it comes to signing players, which may mean both the Victory and Sky Blues will be able to command a transfer fee - and possible sell-on clauses – if they chose to strike a deal this January.

Advertisement
For both players, it would mark a major upturn in fortunes, considering where they have both been at various points in 2016.

Long considered one of the best defensive prospects in the country, Geria had an underwhelming start to this season and subsequently fell out of international calculations with the Socceroos.

However, he bounced back to such a degree that overseas clubs re-affirmed their interest in the 23-year-old.

Having long held an ambition to play at a higher level, it may be too much for Kevin Muscat to keep the Canberra-born product much longer.

Aware of his ambitions for club and country, Geria’s teammates gifted him a copy of national coach Ange Postecoglou’s book Changing the Game during their annual Kris Kringle.

"Once I took a step back and went back to basics, not overthinking things [my football improved]. Just taking things how they come, the belief my teammates have in me, having the trust of them really drives me,"

While Grant hasn’t always been first-choice in recent years, he has finally established himself as a bona-fide right-back, and this season has exploded to life as one of the league’s best in that position.

The 25-year old was even put forward as a potential Socceroos defender last month, something the player himself "never really considered" until his barnstorming form this season.

However, upon signing his contract extension last season, Grant admitted "if the opportunity [to play overseas] came I'd love to try my luck".

Coach Graham Arnold has shown persistent faith in the youngster, but with the tables now turned in the players’ favour, the Sky Blues may be forced into a tough decision, given the restrictions of the salary cap.

While they won’t want to lose Grant, he will command a much higher salary next season, and if he were to leave, the club at least has a ready-made option at right-back in the form of his best friend, Sebastian Ryall.