A landmark agreement over who holds Australian football's levers of power has been all but reached, amid calls from a number of its signatories for the resignation of FFA chairman Steven Lowy. 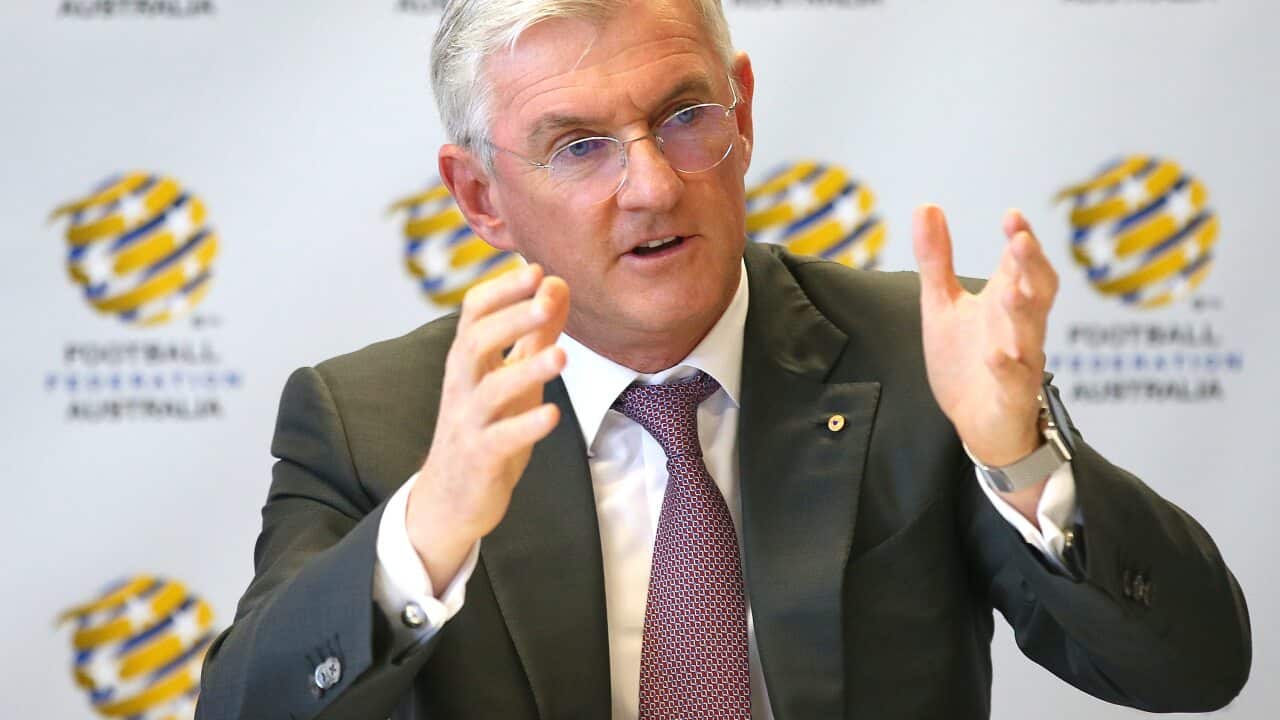 The A-League clubs, the state federations and the PFA will meet in Melbourne on September 5 to ratify the composition of an expanded congress which they believe guarantees the democratisation of the game demanded by world governing body FIFA.

The meeting will, in effect, sideline Lowy, who twice intervened to torpedo existing agreements on a new governance structure during the visit of a FIFA delegation visit to Sydney for crisis talks two weeks ago.

The chairman's tactics were described as "divide and conquer" but it now appears it may be third time lucky for the three sets of stakeholders over a congress which is likely to grant the federations nine votes, the clubs five, the PFA one and the women's game one.

The congress has the power to elect future FFA boards.

The federations are in a bullish mood ahead of the meeting which promises to head off FIFA's pledge to sack the FFA board and install a normalising committee to run the game in Australia, should a more inclusive power structure not be in place by the November deadline.

The FFA have been heavily criticised on three fronts: their refusal to countenance a more inclusive model in adherence with FIFA edicts, bullying the federations into backtracking on existing agreements and over-stepping their remit by behaving like a stakeholder rather than administrator.

It's the FFA's perceived intransigence during a protracted power struggle which has hardened the attitudes of a raft of stakeholders.

One A-League owner said he spoke of a prevailing mood among many when he declared: "Australian football is not the backwater it's sometimes perceived to be ... this is a major issue in FIFA and an interesting topic amongst the football industry globally.

"If Steven does eventually step aside, it's vital we find the best possible candidates stepping forward that all stakeholders have faith in.

"There does indeed come a time when the honourable move is to step down and help the reform process. "

The same owner is hopeful of a cast iron deal on September 5 to dissolve the impasse.

"There should be an agreement next month as it's clearly in everyone's interests, we can't afford for football to tread water any longer and I think there is a realisation we can move forward and take on the other codes successfully," he added.

"If we don't it will surely put paid to our bid for us hosting the 2023 Women's World Cup."

The states are also supportive of a wholly independent A-League, in concert from the 10 owners.

It's a further show of unity between the forces gathering to challenge the autonomy of the FFA, whose proposed 9-3-1 model, long since rejected by FIFA, has lost what traction it once had as the game's disengaged and disillusioned stakeholders up the ante.

While some want Lowy to clear his desk at Whitman Square immediately, others still hope he will embrace the tide of change swelling around him.

But, should the Westfield billionaire decide to walk, one of the more sanguine sources among the stakeholders said "nobody would stand in his way".