Socceroos icon Harry Kewell is renowned for his time at Liverpool, but has revealed he endured a "horrible time" with the Premier League giants which caused him to lose his love for the game. 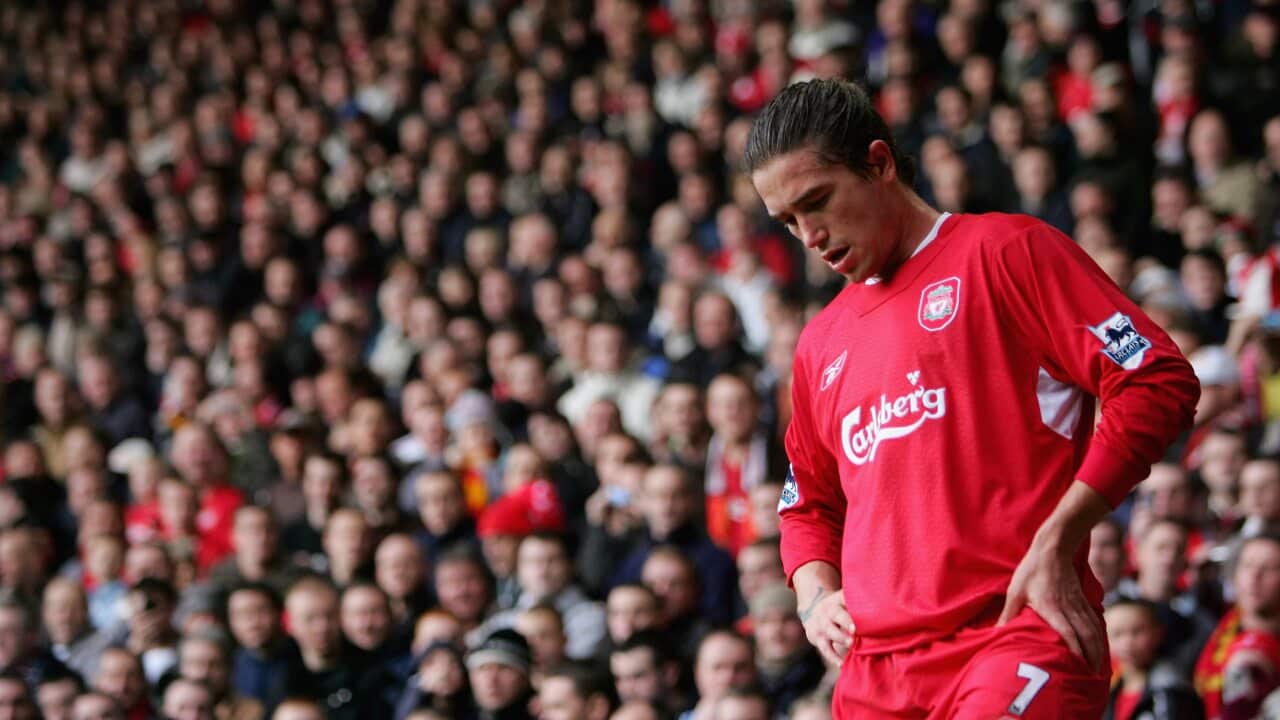 Harry Kewell during his time at Liverpool Source: Getty Images

The 39-year-old suffered an injury-riddled end to his time at Anfield and admits it was his move to Turkish club Galatasaray where his "love" for football was renewed.

Kewell, who amassed 93 appearances for his boyhood club Liverpool, and was part of the 2004-05 UEFA Champions League-winning side, admitted his time at the Reds "didn't pan out too well".

Regarded as one of the Socceroos best ever players, Kewell began his time in England with Leeds before joining Liverpool in 2003.

Advertisement
"I was going through a bad moment towards the end of my time at Liverpool, because I didn't know what was happening with myself," Kewell said.

"I remember sitting on the end of the bed and telling my wife 'what's going on? I may have to quit' - I wasn't enjoying football I wasn't feeling great, every time I was playing, my body was breaking down.

"We decided that I had to move to get a fresh start and break out of England ... my adventure started in Istanbul and I remember just falling in love with football again because I had gone through such a horrible time.

"At Leeds I felt great, then I won a lot of things at Liverpool but on an individual level it just wasn't great for me and I just didn't really love football that much.

"So when you talk about falling in love with football again that's what Galatasaray did for me."

Kewell's time at the Turkish giants was an overall success, which included 22 goals in 63 appearances.

He said playing in the Istanbul derby, against Fenerbahce, was a particularly special experience, rating it even higher than playing in the Merseyside derby against Everton.

"All derbies have a unique feel about them but this one was just special. This is two teams who dominate the league in Turkey virtually every year," he said.

"The population of Turkey is around about 75 million and half of them are Galatasaray fans and the rest are Fenerbahce fans.

It is a phenomenal derby to play in ... I'm getting excited just remembering it - the atmosphere, the intensity of it, it just blows you away."

Kewell, who is currently in his second season as Watford Under-23 manager, played at Galatasaray for three seasons between 2008-2011, before joining the A-League with Melbourne Victory and later with Melbourne Heart.