EXCLUSIVE: Ibini to go back to Club Brugge

Bernie Ibini intends going back to Club Brugge for the third year of his contract there after finishing this season on loan to Sydney FC. 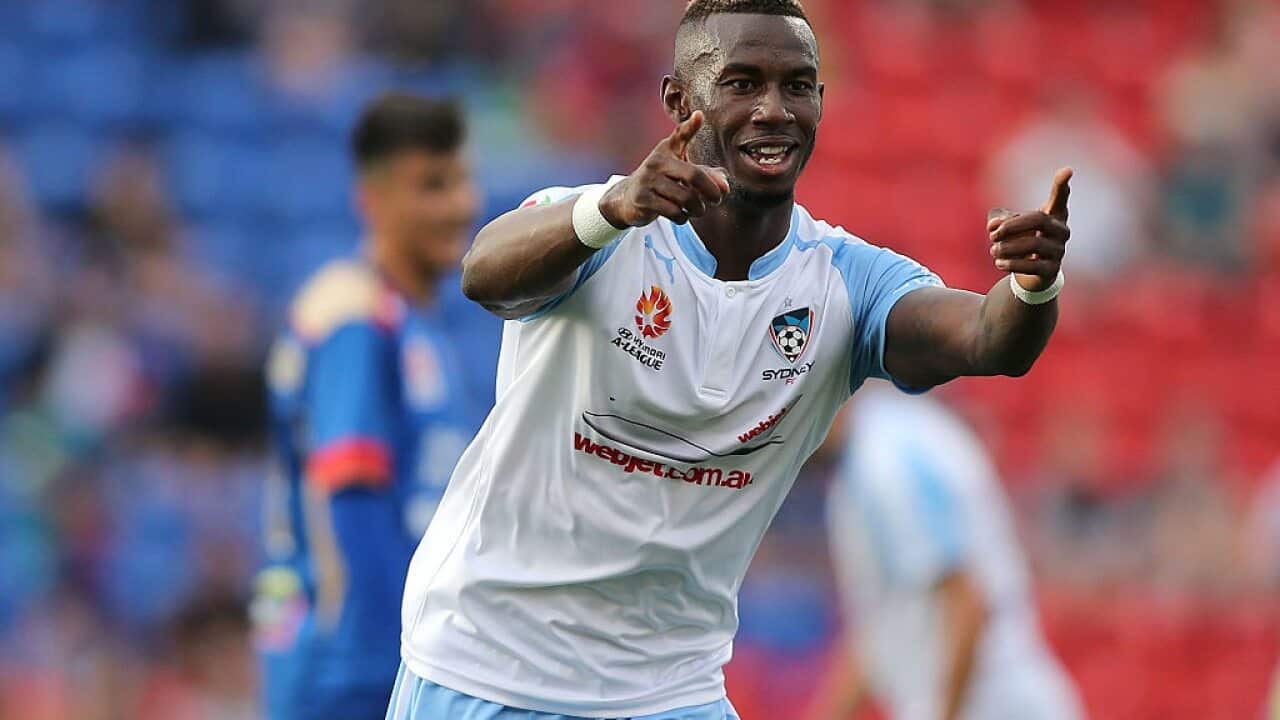 Ibini joined Club Brugge at the end of the 2014-15 A-League season, but his European dream was crushed after suffering an horrific injury at his very first training session there.

He sustained a broken leg and torn ankle ligaments as the result of a tackle and missed the entire 2015-16 Belgian Pro League campaign.

His recovery did not speed up until he returned to the Sky Blues on loan this July and received expert medical and physiotherapy treatment there.

Advertisement
Asked if he wanted to go back to Belgium at the end of the season, Ibini told The World Game: "Obviously I've got one more year left there, so at the moment that's what I'm looking forward to.

"I'm on loan here and then after that I go back there."

Ibini has been gradually brought back into the team and made his return from injury in the FFA Cup semi-final against Canberra Olympic in October, coming on as a second-half substitute and scoring a late goal in a 3–0 win.

His 30 minutes off the bench in the 2-0 win over Newcastle Jets last weekend was yet another reminder of his wonderful talent, as he wriggling past multiple defenders in a tight space to score a fantastic individual goal.

Ibini, at 24, is still young enough to go back to Europe and try to make it there and it would be understandable if he felt he had unfinished business at Club Brugge, a side that would give him the chance to play in prestigious tournaments like the UEFA Champions League.

It is also no surprise Sydney are desperate to keep him beyond this season, given his football ability and star quality.

Sky Blues coach Graham Arnold said this week: "Normally he has to go back [to Club Brugge].

"If Brugge were honest with themselves, they know they couldn’t fix it [the injury] and the medical side over there wasn’t working. We’ve rehabilitated him and he’s getting back to his best.

"If the kid wants to go back, good. But if not, they should let him go because they were getting nothing out of him anyway."

Arnold said "of course" he wanted to keep Ibini at Sydney adding he was the sort of player the A-League needed.

"He excites. That’s the type of player he is," he said.

Ibini is in contention for a starting spot in Sydney's top-of-the-table clash with Melbourne City at ANZ Stadium on Friday night.

Asked if he was still feeling any effects from his horrible injury, Ibini said: "Yeah, I think it's still getting there.

"It's about me getting used to it as well, but I'm guessing that all in good time it's just going to keep getting better and better."

Ibini said the Sky Blues were in the right frame for their quick rematch with City, who recently beat them 1-0 in the FFA Cup final.

"We're not worried about their team really," he said.

"We're focusing on ourselves. We have a good squad and we just want to go out there on Friday night and put out a very good game.

"We're coming first for a reason and we're going to go out there and have our game plan and look to execute it and win the game."