Jamie Maclaren will leave Brisbane Roar at seasons' end with the City Football Group set to gain his signature. 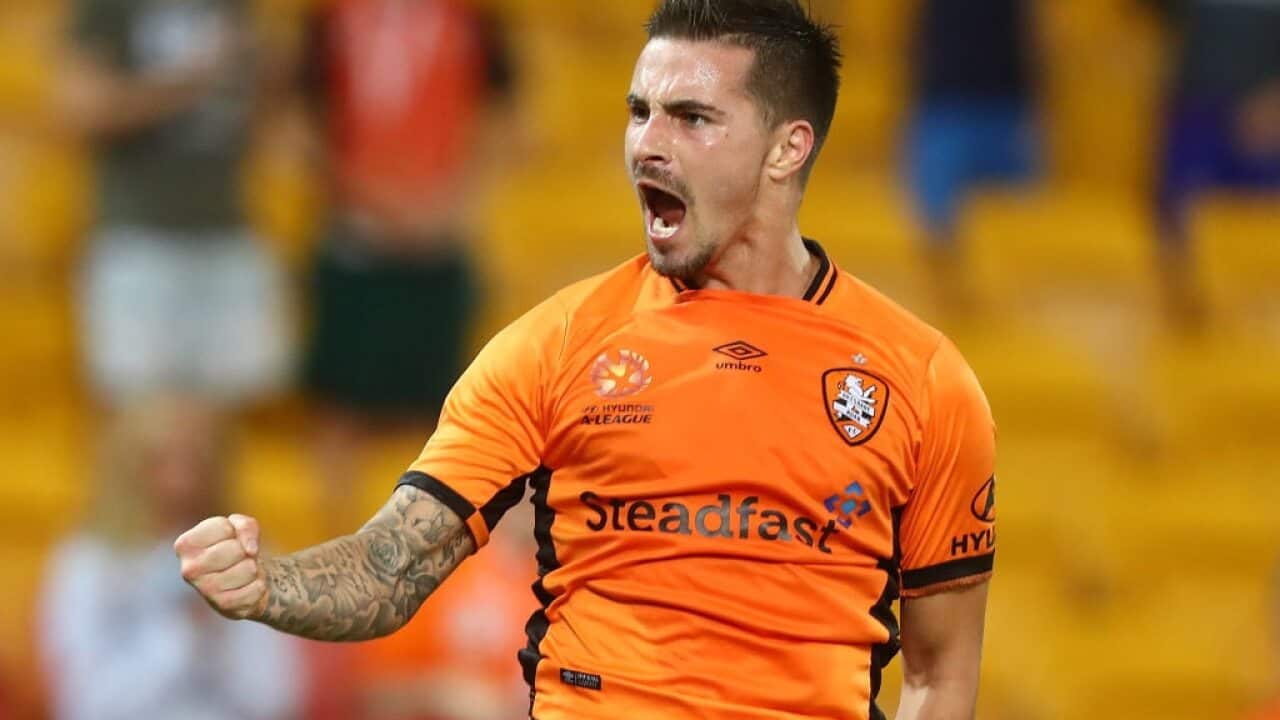 In a move similar to that of Luke Brattan and Anthony Cacares it's understood Premier League giants Manchester City will sign Maclaren and then loan him back to the A-League's Melbourne City.

Another possibility is that Maclaren could move on loan to another British club instead.

The 23-year-old striker has been one of the A-League's hottest free agents as he comes to the end of his deal with the Roar, having knocked back their initial offer of an extension in November.

Advertisement
There has been ongoing speculation about Maclaren's future with Roar coach John Aloisi saying earlier this month the club had not given up hope of retaining him but would not reopen contract talks until the end of the season.

It now appears to be too late for the Roar, with Manchester City set to win the race for the striker's signature.

It is another blow for the club who will also be losing German playmaker Thomas Broich at the end of this campaign.

The Roar's elimination final clash against the Western Sydney Wanderers at Suncorp Stadium tonight could be the last match the pair play for the club.

Snubbed by Socceroos coach Ange Postecoglou for last month's 2018 FIFA World Cup qualifiers against Iraq and the UAE, Maclaren will be looking to get back on the coach's radar ahead of June's Confederations Cup.