EXCLUSIVE: Milicic to be offered Wanderers’ job but Muscat on the radar

Socceroos' assistant coach Ante Milicic will be offered the vacant head coaching role at the Western Sydney Wanderers, with the only sticking point whether or not the club can match his salary expectations. 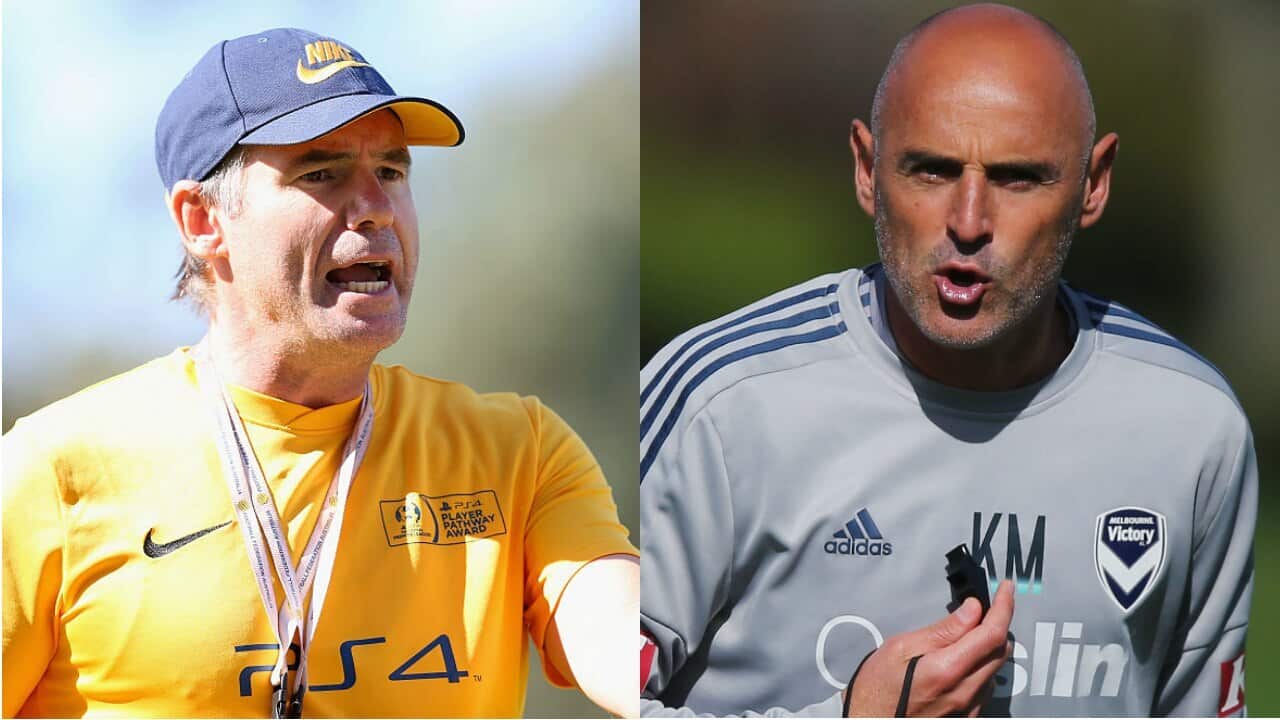 The World Game can exclusively reveal the club has decided that Milicic, who spent two years at the club as an assistant to the recently-departed Tony Popovic, will be offered the position during his stint in Sydney with the Socceroos next week, provided financial terms can be met.

However, it has also emerged that if Milicic cannot be secured, some of chairman Paul Lederer’s football advisers feel their playing list would be better aligned to an experienced coach with considerable success.

That has led the club to consider talking to Melbourne Victory coach Kevin Muscat, who has been allowed to slip into the last year of his contract.

Advertisement
While he has been recommended to Lederer as the most suitable option among the current A-League coaching fraternity, the club has so far respected Muscat’s current arrangement and made no contact with the ex-Socceroo, his management or Melbourne Victory.

In an exceptionally successful three-and-a-half-year stint, Muscat has never missed a final series and made two grand finals, lifting the A-League championship in 2014-15.

But what has ignited the Wanderers’ possible interest in Muscat is that the Victory board have not yet offered their coach a new contract, meaning he could soon be on the market.

There is certainly no guarantee that Milicic will accept the job, having recently uprooted his family from Sydney to Croatia. Milicic, whose family roots are traced back to Hvar, speaks fluent Croatian and takes annual holidays in the nation of his heritage.

After winning the Asian Champions League in 2014, Popovic re-negotiated his deal and was estimated to be earning just under $700,000 – a competitive figure by international standards and more than double most other A-League coaches.

The Wanderers' budget is expected to be somewhat lower this time around.

But Milicic will not be tempted without a significant upgrade to his current package. He is rumored to be earning $230,000 per year, which would make him the best-paid assistant coach in Australia.

Having played two years for HNK Rijeka, Milicic is understood to have moved to Zagreb to support the professional ambitions of his son, a highly-talented junior.

The deal was sanctioned by national coach Ange Postecoglou – who headhunted Milicic to leave the Wanderers in the first place – and has been rubber-stamped by FFA chief executive David Gallop, on the proviso that Milicic extensively scouts the Socceroos’ European-based players in the lead-up to the 2018 World Cup.

However, Postecoglou admitted this week that he would allow the departure of Milicic or his other assistant, Josep Gombau, who have both been linked to the Wanderers' job.

“Absolutely. If that’s what they wanted to do they’d certainly have my blessing,” Postecoglou said this on Tuesday.

“That’s why they’re here. I want them to be the best they can be. They’re no different to the players.

“If an opportunity came along and it disrupted things here we’d cope with that. It’s not just my decision — they’re employed by the organisation, they’re not employed by me. But I wouldn’t have any issues, I’d be excited for them.

The club kicks off their A-League campaign at home against Perth Glory on Sunday night.