Aaron Mooy has reconciled himself to being a spectator not an instigator this weekend as he sits out the dream FA cup tie between Huddersfield Town and parent club Manchester City. 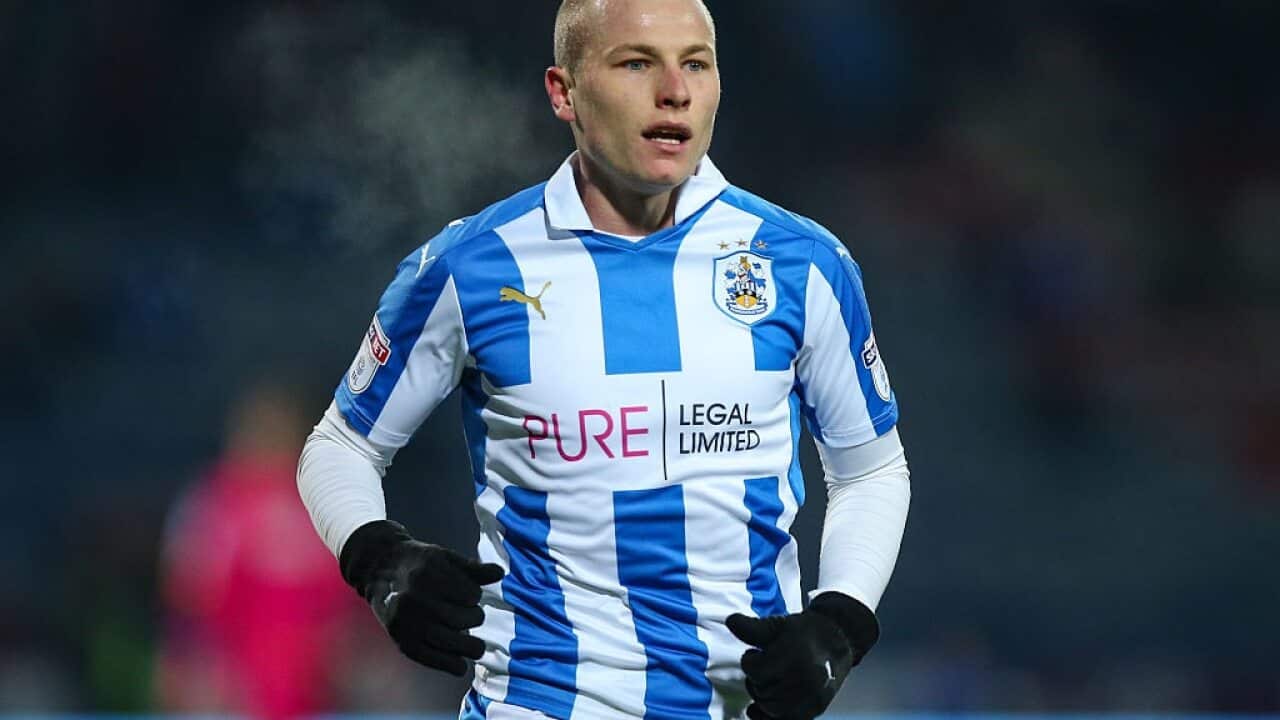 The Australia midfielder felt a wave of excitement sweep over him as he watched the draw for the fifth round seemingly offer him the chance to give City boss Pep Guardiola a first hand impression of the prowess which has earned him four player-of-the-month plaudits this season and a cascade of other accolades.

But within 24 hours, Mooy's hopes were dashed when City confirmed they would exercise their right to bar the loanee from lining up against them at the John Smith's Stadium.

"I actually saw the draw live on TV and it came down to the last four teams, which were Chelsea Man city, Huddersfield and a team I can't recall," he said.

Advertisement
"When we came out of the hat playing City I couldn't believe it.

"On the day of the draw I actually didn't know if I would be allowed to play or not and I was thinking to myself 'this will be a good game to play in'.

"I heard the next day I wouldn't be allowed to play... they told me pretty quickly. Prior to that I had no idea.

"Of course I'd love to have been able to play but there's nothing I can do about it because it's a part of the loan deal between the two clubs.

"I'll just have to watch and I've been able to put it behind me now.

"I am just very grateful to be a part of the City Football Group."

Mooy attracted an $11 million bid from a rival Championship club during the January window, which was summarily discussed by City chiefs.

Such approaches are vindication of the form he has shown this season, pulling the strings for the Terriers with his passing range, calmness on the ball and ability to read the play.

Mooy, though, says simply: "It's always good when something like that happens, it means you are doing something right.

"But you don't know exactly what's happening with that stuff... I just try and focus on my training. I don't let let it get in my head too much."

City have an appointed scout following Mooy's every match and reporting back to HQ.

"I was speaking to him recently because we've had a few big games of late and he watches them all and tells he how I went," he added.

"It's been all good and they are happy with how I have been playing."

Mooy has been instrumental in the rise and rise of coach David Wagner's fairytale promotion chasers but remains wary of the division's ever shifting sands.

"Yes, we are looking good at the moment but things can change fast in football and it's all about concentrating on the next game," he warned

"We've had some big results recently but it's a long season and we just have to keep looking forward.

"There is maybe a little bit of expectation there now but right from the start of the season the boss told us to believe that anything is possible, and that's what we have been doing.

"We just want to win as many games as we can and see how far we can go.

"We started the season really well and that gave us a lot of confidence.

"We had a bit of a dip but have got through that now and we're on a good run, and we have keep that going."

Despite his refusal to have his head turned by the endless endorsements heaped upon him since his arrival from City, Mooy does allow himself to dream.

"It would be amazing if Huddersfield got promoted... it's in your head a little bit but there's still a long way to go and things can change fast."

Mooy isn't worrying about where he will be next season: recalled by City; sold to Huddersfield; loaned or sold elsewhere.

"I am sure there will be a time when everything will worked out and discussed," he said.

"It will be about where Huddersfield end up, how I did and those sorts of things... but that's a while away yet."