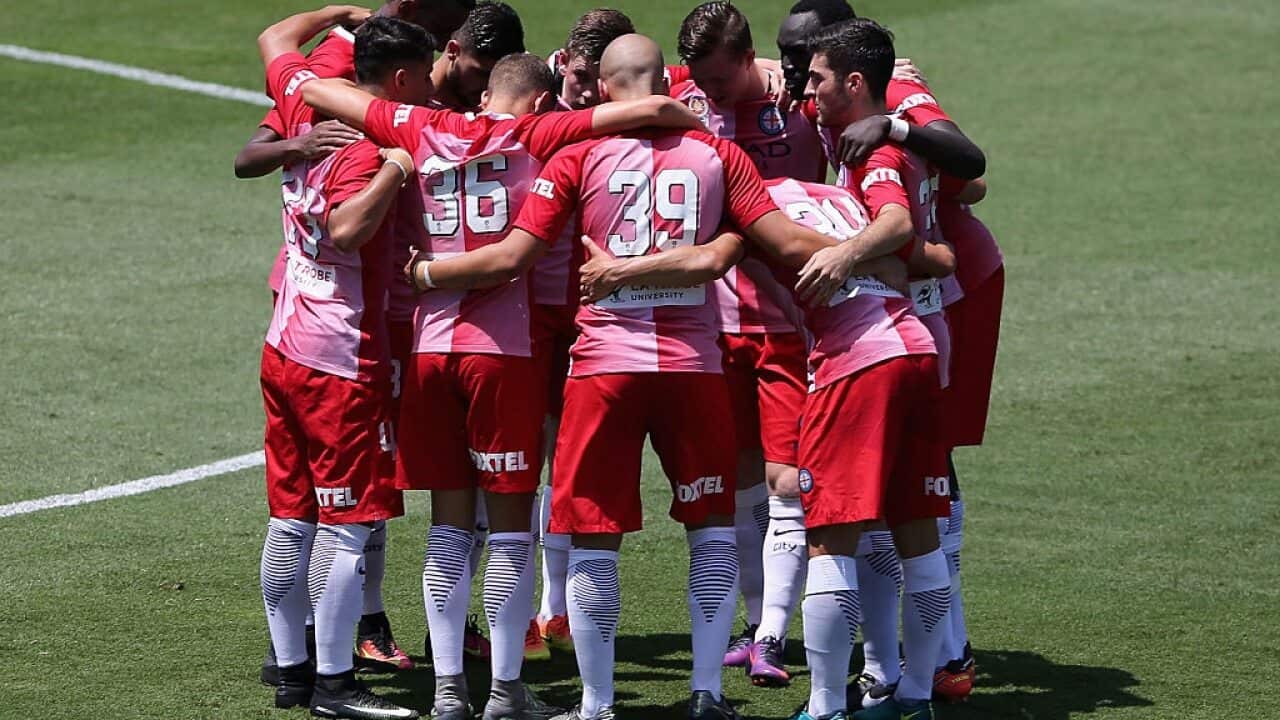 The match under investigation occured in last year’s National Premier Leagues Victoria 2, the competition in which Melbourne City’s Under 20 team finished third.

In a statement, Melbourne City said there is no suggestion the club, its players or anyone associated with the club is under investigation.

The World Game understands the coach of a rival team has been questioned by police, with claims that several of his players have been arrested.

“The investigation into the matter, which relates to a sporting event in Victoria last year, remains ongoing and as such it would not be appropriate to comment further at this time.”

It is unclear which club is under investigations.

Victoria introduced laws making it an offence to corrupt a betting outcome in 2013, and used them almost immediately in the Southern Stars scandal, where players were imported from England for the purposes of fixing a number of Victorian Premier League matches.

As a result of their investigation, five people were convicted and another banned from football for life.

Earlier this year, the winner of the 2016 Australian Open Boys tennis competition, Oliver Anderson, pleaded guilty to breaches of those same laws in a Victorian court.

But while Victoria appears to be the country’s hot spot of such activity, an expert in match-fixing investigations says it is unlikely to be the only state where results are being scripted.

“I’m not sure if any other state police force is actively looking into this issue,” says Mike Pride, a former AFP officer who now specialises in international match-fixing investigations and works as integrity and security consultant for the Perform group.

“Fixing appears to be occurring in most countries and I would not think any state in Australia would be immune.

“Victoria appears to be proactive in assessing and investigating match manipulation.

“As for Australia as a whole, the lack of resources and understanding make Australian sport, especially at the lower leagues, susceptible.”

Most states and territories now have near-identical legislation to Victoria’s.

Football Federation Australia (FFA) employs the Swiss-headquartered Sportradar to monitor betting markets for A-League, FFA Cup and National Premier Leagues games for signs of match-fixing, and it was Sportradar’s work with Victoria Police that exposed the Southern Stars scandal.

“Large single bets at NPL2 level would trigger an alarm,” says Pride. “But usually the larger bets by illegal betting syndicates are spread across many syndicate members to appear as smaller bets, to not trigger an alert.”

The World Game can also reveal matches from the Victorian State League have been regularly offered for betting by a bitcoin-betting site licensed in Montenegro. These games include some from the second division, including teams as obscure as the Essendon Royals and Altona City.

Federal Police in Austria investigated how a practice match between clubs in the 6th and 7th tier ended up on that site earlier this year.

While no betting companies in Australia open books on games at this level, regulations in Victoria, created under the direction of the FFA, permit betting on “football competitions conducted in each of the Australian states and territories by member federations of the FFA”.

The FFA would not say if it was appropriate that gambling be allowed on all matches at this level, which go down to at least the eighth tier of Australian football, or if these games were covered by its agreement with Sportradar.

In a statement, the governing body replied it: “takes seriously the integrity of football competitions in Australia and has a regime in place with its Member Federations, police and legitimate gambling companies to mitigate against anyone who would attempt to undermine the integrity of those competitions through illegal gambling or match fixing.

“FFA does not go into detail publicly around the integrity measures it has in place as to do so could undermine the effectiveness of those measures and actually assist people who intend match fixing or other illegal activity.”