EXCLUSIVE: Postecoglou throws down the gauntlet to Cahill

Australia coach Ange Postecoglou insists aging striker Tim Cahill remains a key part of the national team set-up but has made no guarantees, saying how long that continues is totally up to him. 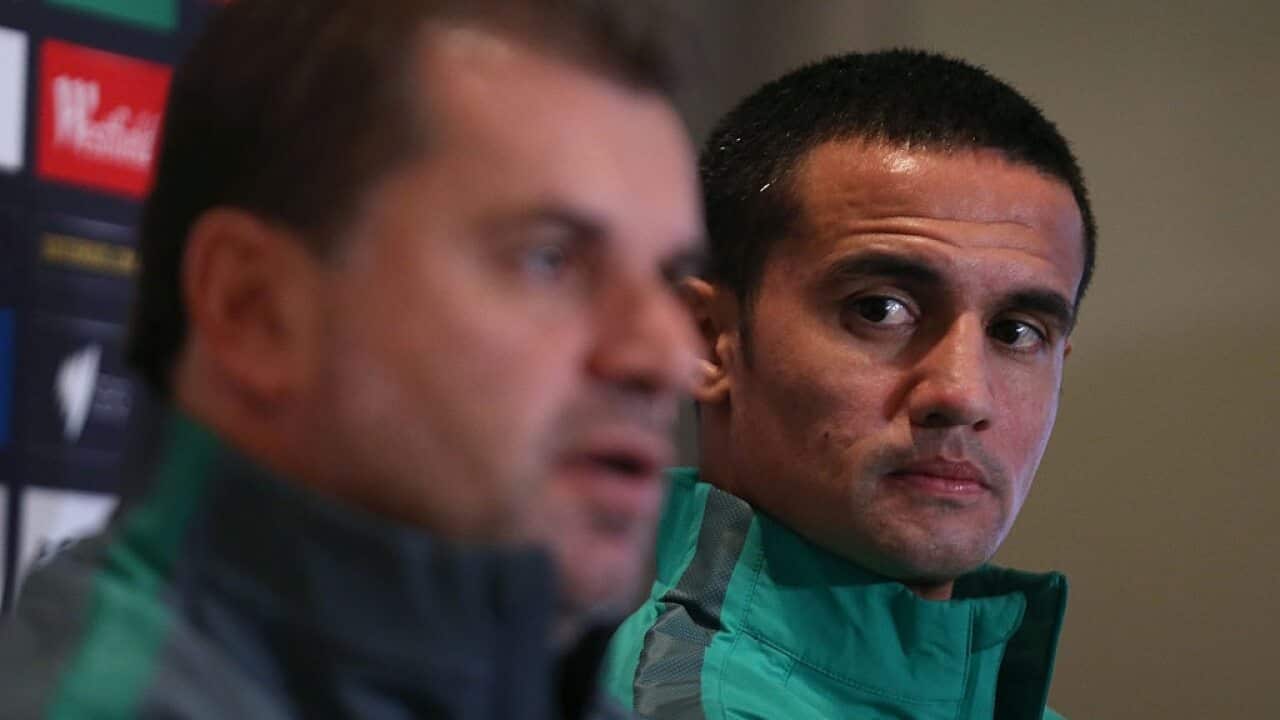 Cahill was ruled out due to fitness for the most recent Socceroos match – a 2-2 draw away to Thailand last month – with Postecoglou uncertain the 37-year-old would cope with the unusually long camp leading into the match.

It was the first time in Postecoglou’s tenure that Cahill wasn’t part of the Socceroos squad, with many feeling it signaled the beginning of the end for the Melbourne City star.

Postecoglou said he was left out simply because he hadn't had much game time at club level, and noted his crucial contribution in scoring the winner in the 1-0 victory over the UAE in September as proof he can still deliver at national level.

But the coach said Cahill’s Socceroos future would come down to him and how regularly he’s playing.

“He’s still a very important part of my set-up,” he told The World Game.

“He hasn’t played for the national team a lot in the back half of this year, but I think that was more because he hadn’t got consistent club football and he’s had a few issues early in the A-League.

“But if he’s fit and well and playing regularly he always has an impact, he showed that in the UAE for us.

“How long that continues is really up to him and his form and nothing is showing me yet that that’s going to disappear in the near future.”

The Socceroos have an action-packed 2017 in store.

Sitting in third place in their 2018 FIFA World Cup qualifying group, they face an uphill battle in their final five qualifiers to book a spot at Russia 2018, kicking off with a match against Iraq away on March 23rd, before hosting the UAE five days later.

They’ll then take on current qualifying group leaders Saudi Arabia in June before commencing their Confederations Cup campaign in Russia later that month, where they’ll face no less than world champions Germany, Chile, and the African champions, with qualifiers against Japan and Thailand to follow.

Postecoglou said should Cahill still be fit he’ll be very much in the frame but made no guarantees.

“Obviously there’s a lot of games next year and some big commitments but until the March game you just don’t know who’s going to be available,” he said.

“But certainly at this point in time he’s still very much an important part of the squad.”