The Socceroos face one hell of a fight to qualify for next year’s World Cup, warned former coach Pim Verbeek, who insist Australia were never under this much pressure during his tenure. 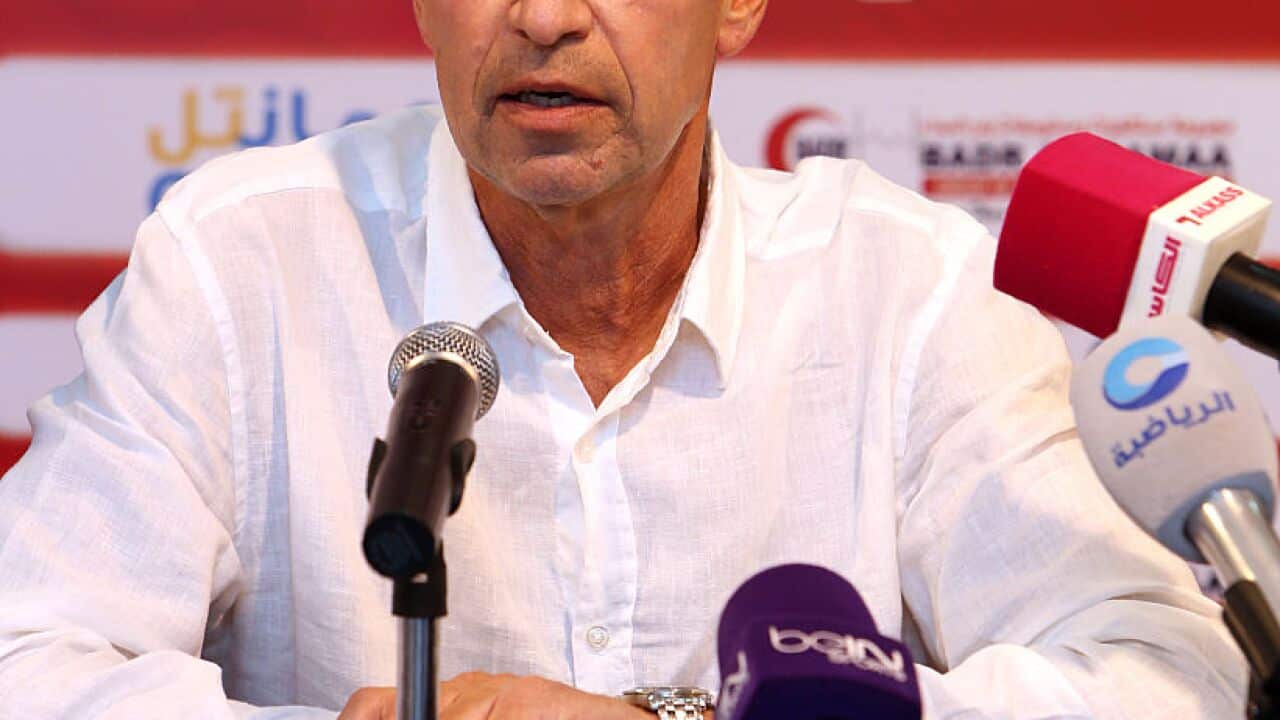 Australia currently sit third in their qualifying group for the FIFA 2018 World Cup, equal on points with the UAE and one point behind leaders Saudi Arabia and Japan.

They face Iraq away on March 23, before a home clash with the UAE five days later with encounters against Saudi Arabia, Japan and Thailand later this year rounding out their campaign. Only the top two sides will secure a spot in Russia.
Advertisement

The Dutchman, who was appointed Oman national coach in December, got to witness the Socceroos’ triumphant AFC Asian Cup campaign last year.

While he spoke highly of the current squad under Ange Postecoglou, he cautioned that qualification for Russia 2018 was far from secure.

“At this moment OK they probably have to fight harder to qualify than my time, we did so well and we were never really under pressure, and this time I think it will be a close call because teams are getting stronger and stronger.

“It’s not easy at the moment to qualify, but I am sure they will do the job.”

Verbeek, who despite his near perfect qualification for the FIFA World Cup in 2010, is still the subject of much criticism in Australia, defended his record and says he only looks back with fond memories of his time in Australia.

“Personally I had a fantastic time,” he said. “The federation (FFA) was very supportive, my staff was outstanding. So if you look at that there was nothing to complain about.

“The qualification rounds we did, it could not be better. I think at the moment it’s more difficult. We didn’t lose one game, I think two games before the final qualification game we were already qualified, we got four points at the World Cup, so if you look at that it was the same like 2006.

“People probably think after 2006 going to the final 16 with four points that automatically it means you’re going to the semi-finals. In football that’s not so easy to do, so maybe the expectations were a little bit high.

“I have no problem with the people who have high expectations and they are critical, it’s not my problem. I had a fantastic time, I think we did a great job and I am looking back with a lot of pleasure. It was a fantastic part of my life.”

Verbeek, 60, now derives pleasure from the challenge of turning Oman into the Middle East’s best team.

“In those days they were very good,” Verbeek said.

“Since 2009 they’ve been struggling a little, they didn’t do well in the Asian Cup in Australia (and) the last years were not good. A lot of players are now in the Oman league where before a lot of the players were playing in the bigger Middle East leagues and that’s a difference also.

“It’s not a problem to be a good national team, but the situation is that we want to be the best Middle Eastern team in the upcoming years.”

While Verbeek’s contract is only for two years through until the 2019 AFC Asian Cup, he is cognisant of the fact that he also needs to help build a team capable of qualifying for the 2022 FIFA World Cup, or looking further ahead to 2026 when the tournament will expand to 48 teams, a change Verbeek supports.

“If you ask me if it’s good for international football, I think it’s giving a lot of motivation for the countries that have never had a chance to go to the World Cup,” he said.

“Of course I have read the critics, especially from the European countries and I can understand their motivation. I am on the other side now, and the discussions I had with the Oman FA, the people working there and my staff, of course they are all pleased with the possibility of a bigger chance to go to the World Cup.

“And now you have until 2026 which is still nine years to build up a selection, so now you can make a little bit longer term planning. That’s not my job of course, but I can think and support the way they are going to build up that team in the upcoming years.”